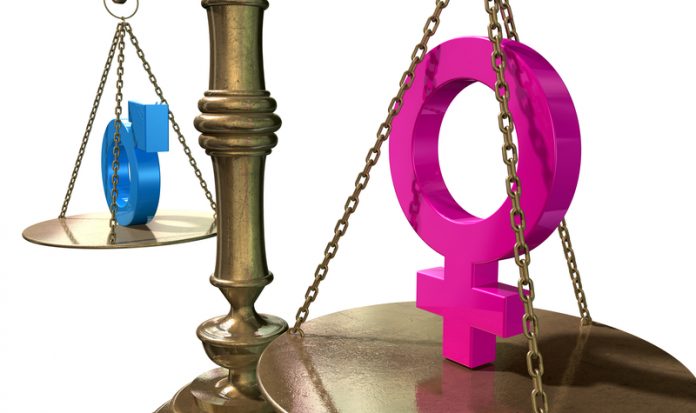 Many years ago, after I had been appointed as a research fellow in Cambridge, I bumped into a former senior colleague at a conference.  She congratulated me on my new post, but proffered some advice, which was, “Now you can have a baby, because they don’t really mind if you do that when you are doing research.”  I was flabbergasted on many counts, (what if I didn’t want to have a baby? who were “they” and why should I care whether they “minded” about my reproductive choices? Why was research training more expendable than clinical training?), but I certainly did not demure.  Women were expected to either not have children (husbands were less controversial), take a less demanding career pathway or, if they wanted to ignore the first two options, they had to, “at risk”, navigate a career road map which had lots of escape lanes to shoot down when the gradient of a clinical academic career track became too steep and slippery.  Given that the option to have children doesn’t offer an easy escape, these escape lanes could only lead back to a less demanding career pathway, which was arguably the route that should have been followed in the first place.  Was it any surprise that most women, of my generation, didn’t bother?

So I ignored her advice, had a very successful research fellowship, decided that my passion, and future career track, lay in clinical academia and had babies later on when I was doing clinical training.  This is not to suggest that it was all plain sailing; I suffered considerable self-doubt, guilt about working full-time and raised my aspirations only in small increments; my road map was not at all clear and contained many blind corners.

During my early career, I considered the need for gender equality in science and medicine entirely from an individual perspective. Imbalances, be they due to gender, ethnicity, disability or social class, to mention just some, at an individual level, are profoundly unfair.  Everyone should have the same entitlement to pursue a career according to their ambitions and ability.  While that is undoubtedly the case, latterly, I’ve become more aware of the benefits of widening participation for the greater public good. While the battle of Waterloo may have been won on the playing fields of Eton, how much more effective might we now be, as a nation, if life opportunities were on an entirely level playing field? Science funding, career progression and publication are all competitive.  By effectively doubling the pool of expertise, and making competition more rigorous, standards are raised and excellence in science and medical discovery is enhanced.

But it isn’t simply related to numbers; because their approach is qualitatively different, having a more equitable balance of numbers of women in the workforce, at all levels, brings a different perspective, perhaps more methodical, collaborative and measured.  This is not to suggest that archetypical male qualities (decisiveness, confidence, charisma) are in any way “wrong”, just that we need both and a balance.  Nor is it true that all women lack confidence, are nuanced rather than polarised in their views, seek consensus rather than confrontation and so on, but it is probably true that all male groups show more “macho” characteristics than mixed, or female groups.  As one very senior (male) academic, told me once, “When there are women in the room, the behaviour of the men changes, for the better.”

So what can we all do, to ensure that women reach the most senior roles in science and academia?  Proponents of the principles embodied in the Athena Swan charter [1] argue that policies to support women in STEM subjects are simply good working practice.  For example, instituting “core hours” where all seminars, meetings and other key activities happen between 10.00 and 16.00, means that those who have to fit their work around child care arrangements are not penalised by being unable to attend such essential activities.  The old style seminar programme, which begins during the afternoon and ends with discussion after work, in the pub, excludes those who have to pick up a child from nursery by 5.30 pm.  Similarly, strategies to prevent unconscious bias, by ensuring a gender balance (and balance of ethnic and other minority groups) on appointments committees, review panels and promotion committees, mean that the bodies which make key decisions about career progression represent the diversity of the workforce.

Are there specific times, during the career course, when targeted support could make an important difference?  I would suggest that, unusually, we don’t need to start very early on in the career cycle.  The evidence suggests that the “leaky pipeline” starts after undergraduate and PhD and early postdoctoral years.  The problems start when women try to make the transition from postdoctoral posts to either intermediate research fellowships or a lectureship – the first step on the academic ladder. Over the last 2 to 3 decades, the competition for such posts has intensified hugely, requiring high impact publications, as first or last author, external grant funding and measures of excellence, such as prizes and other accolades.  The pressure to have a strong CV, with all of these elements, generally comes when individuals are aged between 30 and 40, the age when most professional women are having and raising their children.  This is the real crunch point, when women will either make it or break it and should be a focus of specific support.  Such measures can include ensuring grants properly support maternity leave, initiatives to support an individual to maintain research progress during maternity leave and part-time working, an environment which means that authorship is protected during periods of absence, among others.

Finally, I believe strongly in the personal encounter, as a powerful force for good.  Positive role models, effective mentorship and quiet encouragement can instil confidence, resilience and motivation and in this, we all have a responsibility.  As Lesli Linka Glatter, the American TV and film director, said, “I have been helped over and over by wonderful men and women in my career. Men help each other all the time, and that kind of inclusion among women can create similar success”.

[1] Athena SWAN is a national scheme which recognises a commitment to supporting and advancing women’s careers in science, technology, engineering, maths and medicine (STEMM) in higher education and research.