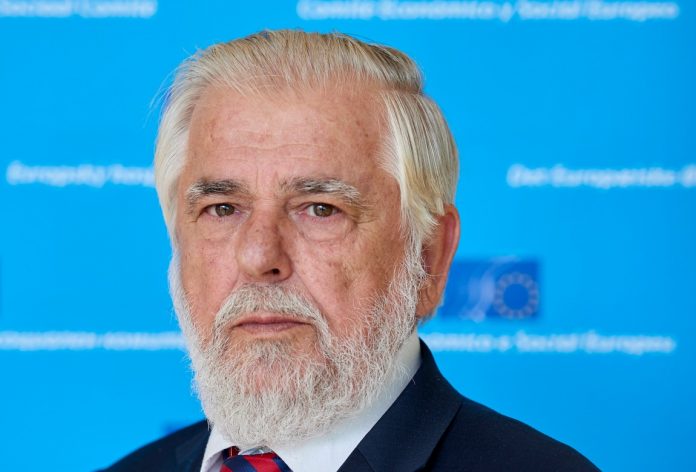 Open In his foreword to AG February 2017, EESC President Georges Dassis reflects on the events of 2016 and hopes Europe will defend its values in the year ahead

Once upon a time those wishing to know the future could consult the Oracle of Delphi. This High Priestess must have disappointed or baffled her “customers” on more than one occasion; sometimes she did not reply at all, or her answer was rather… cryptic. But the customer had been warned: Inscribed on the Temple of Apollo was not “Here stands the god of whom you may ask all you would like to know”, but rather “Γνῶθι σεαυτόν”. Know thyself. Socrates ultimately saw this as a way of saying “try to be reasonable” (σωφρονεῖν).

It would seem that certain people have little knowledge of themselves, or of others. Unless some secret plan has passed me by, I wonder at any rate whether these people are reasonable. 2016 saw two of Europe’s prime ministers resign the day after failure in a referendum which they themselves had recklessly launched. In the first case – the United Kingdom – I did not risk predicting the result itself, but I did dare to predict the damage it would do in perpetuating a divide in the population, particularly in regional terms, rather than seeking to repair it. I’m still wondering how one can venture to ask the people’s opinion without knowing what could happen, or what the legal consequences could be, if their response proved not to be what one hoped.

In the second case – Italy – the people were asked a set of questions whose ultimate aim was to reduce the number of instruments of representative democracy, including participatory democracy, since the intention was to abolish the National Council for Economics and Labour. Paradoxically, we then saw populists amongst those defending the institutions of the good old constitution, established by democratic parties from all sides in the wake of the horrors of fascism and war.

What I find deeply troubling is the ever-increasing legitimisation of excesses, attitudes lacking in nuance, verbal provocations, absurd promises and the impression of chaos which all this creates. I fear that the various forms which demagogy can take will leave their mark over everything, causing confusion in the population and leading to the most odious exploits.

The year 2016 also saw – in France, Belgium and Germany – crimes committed by a handful of fanatics who murdered and tortured at random in “civil society”, the society represented by the Committee of which I am president. There are not many individuals capable of committing this type of atrocity, but they are horrifyingly dangerous. I especially want them not to win in any way. Any way at all. We must track them down, but we must not taint our own lives with permanent fear nor aspire to turn our society into one of mass control. Nor can I accept that the contemptible acts of a few madmen should legitimise the rejection of hundreds of thousands of innocent and peaceful people. It makes me furious to hear the desperate, cynical and nihilistic arguments of future extreme-right voters: “When they’re in power, I will suffer. My situation, my own rights, especially social entitlements, will deteriorate, and I know it. But immigrants and refugees, who are taking advantage of welfare, will suffer even more, and that’s what counts”.

Humankind’s worst enemy, the thing holding us back, is jealousy. And yet there is a way to overcome this vice: First of all we can welcome the happiness of others and be happy about it ourselves. Next, solidarity, the core principle of trade unionism and the EU – to name but two things particularly close to my heart – is not unpleasant or even overly expensive in relation to the benefits it brings.

I do not want to make any predictions for 2017, but I do hope that the European Union will finally start to regain a sense of its values as laid down in the first articles of its Treaty, that men and women will come forward to defend those values in tangible ways, and that citizens will have reasons to regain hope in something solid, intelligent, generous, peaceful and reasonable. The key to our progress can be found in the mottoes of the three neighbouring countries recently hit by terrorism: liberty, equality, fraternity, unity and justice.