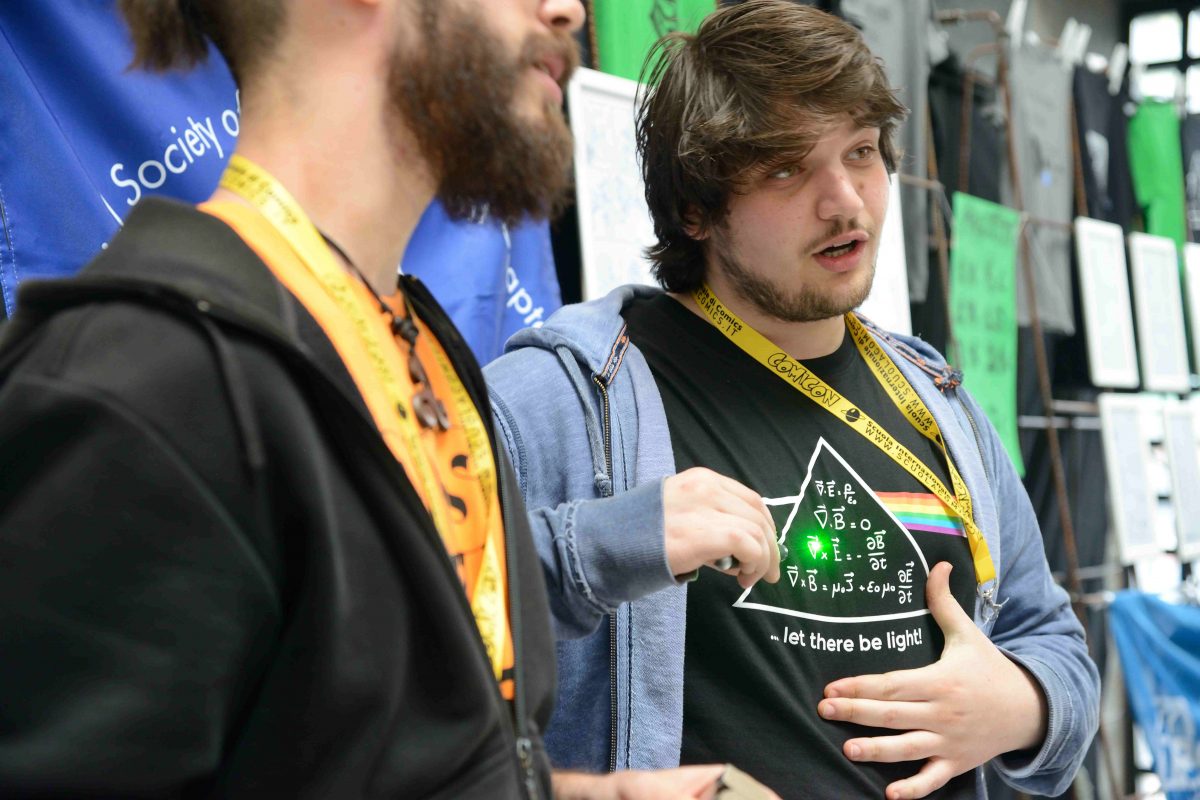 Antigone Marino, a Member of the European Physical Society, and Researcher at the Italian Research Council’s Institute of Applied Sciences and Intelligent Systems, outlines the challenge of getting young people interested in physics.

I assume that everyone has seen at least one TV show in which a young lawyer succeeds in exposing a corrupt politician, or saves the world from the shady interests of a multinational company. Likewise in our imagination and in Hollywood movies, there are plenty of beautiful and talented doctors working every day at the forefront to save lives. However, we all know that the daily task of most of the lawyers and doctors are routine, simply because it is statistically highly probable that you know one.

Though fascinating on the big screen, we know that a lawyer will handle simple divorces, or cases for car accidents, and a doctor will deal every winter with simple colds. But now let us ask ourselves, what does a teenager know about the physics profession?

Unfortunately, physicists have to compete with an image at the highest level, because the first word that a teenager connects to physics is “Einstein”. And TV is not helping us (yes, I am a physicist), even though we finally got our own series. Take the case of The Big Bang Theory, a group of 4 roommates whose intelligence, creativity and passion for physics, leads them to have a life everything but boring. All this is obvious, no one would produce a TV show about how boring life can be. And to be honest, I believe that, on average, a physicist’s life is everything but humdrum. But the point we are discussing here is the difficulty for a teenager to have a real picture of the job of a physicist. Because it’s probably true that he or she has never met a physicist.

In a time of high unemployment, society has a responsibility to inform young people about the career opportunities that come from studying physics, which has different outlets, such as academia, research, industry, education, banking, insurance and scientific communication in general. The channels that society has to inform are varied. The first is definitely in high school, which has the task of placing physics in the spectrum of studies and careers that a young person can take. However, it is not easy for the school to describe well and suitably present such specific professions as the one of a physicist. Just as it would not be easy to explain the work of a geneticist, or an astronaut.

Inspiring young people to get closer to the study of physics is one of the priorities of the European Physical Society (EPS). Born in an era without the Internet and pdfs, during the social upheavals in 1968, EPS is a non-profit association whose members include 42 national physical societies in Europe, individuals from all fields of physics, and European research institutions. As a learned society, the EPS engages in activities that strengthen ties among physicists in Europe. Being a federation of national physical societies, the EPS studies issues of concern to all European countries relating to physics research, science policy and education.

EPS has always recognised outreach as the most effective tool for the community involvement. On the one hand, outreach allows EPS to attract young people to the study of physics, on the other it works to replenish its member’s pool guaranteeing the generational change.

Linking up to what we were saying before, we must ensure that a young person with a predisposition to physics can come into contact with this community to understand what it is. So, without delegating to television fantasies, EPS promotes various outreach activities for schools and the general public to provide this contact, and show how useful physics research is to our daily lives. Just think of how the LASER has changed the way we communicate, or how optical fibers have allowed for laparoscopic operations, or as the need to analyse and share large data amounts has given rise to what we now call the World-Wide Web.

In 2010, the EPS launched the Young Minds project, which has the goal to promote the study of physics to the next generation of scientists. Young Minds uses the energy and talents of young physics students to carry the message of the wonder and impact of physics to members of their local community: other university students, the general public, elementary schools etc., In fact, young physicists become ambassadors of this message, which explain how the study of physics is fundamental to our society.

We cannot quantify yet if and how this project might have influenced young people on the choice of physics as a profession, and perhaps we could never measure or calculate it. But it is certain that Young Minds allows the contact we are speaking of, it allows people to meet a physicist and understand that you do not have to be Einstein to start this profession.

I remember the day I read Galileo Galilei: “Philosophy is written in this grand book, the universe, which stands continually open to our gaze. But the book cannot be understood unless one first learns to comprehend the language and read the letters in which it is composed”.

And I got inspired.