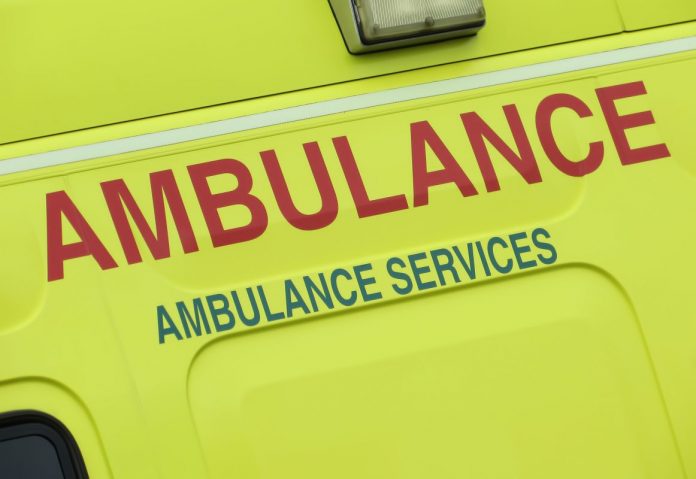 Adjacent Digital Politics examines the crisis facing the NHS, why it came about, and what—if anything—can be done to fix it.

The NHS is in crisis. As the winter has progressed things seem to have gone from bad to worse for the health service.

Recent figures show that accident and emergency departments failed to meet 4-hour waiting targets during the last quarter of 2014, heralding the worst result in a decade. Additional patients and a lack of staffing has placed significant pressure on hospitals across England, with numerous facilities declaring a state of emergency.

So what on earth is going wrong with the system, and why is the NHS facing so much pressure?

According to the General Secretary of the Royal College of Nursing, Dr Peter Carter, the issues stem from poor strategic decisions and cuts to the budget. This has, in turn, placed additional pressures on emergency care.

Speaking to The Independent, Carter also pointed out that replacing NHS Direct with NHS 111 was a colossal mistake that had probably added to the pressure on emergency services.

He said: “NHS Direct was properly staffed with nurses and was well-placed to provide patients with appropriate advice.

“That clinical expertise has now been lost and it looks as though the service is sending people to A&E who do not need to be there.”

He also added that the loss of district nurses had negatively impacted community care.

“It’s also been foolhardy to let the number of district nurses decline, as they are crucial for helping to care for people in their homes and keeping them out of hospital.

Considering the government has been keen to push care in the community, the decline of district nurses is particularly concerning. These highly qualified healthcare staff have a significant role to play in prevention and in reaching out to the most vulnerable members of society. Without that safety net is it really surprising that many people find themselves in the accident unit for something that could have been caught earlier or been treated elsewhere?

Cuts to the budget have undoubtedly had an impact on the NHS. Fractured services in primary and secondary care trickle down, finally hitting the health service’s first line of defence—accident and emergency—hard.

Since the start of the winter there have been clear signs that the NHS is buckling under the pressure. The failure of accident and emergency departments to meet the four-hour waiting targets in the last quarter of 2014 was one of many indicators that services were struggling to meet demands.

The guidance, which states that 95 per cent of patients in England should be seen within this time, reached a new low in the New Year when the figure dropped to 86.7 per cent—the lowest in a decade.

With an extra 400,000 people walking through the doors of A&E last year it is hardly surprising that frontline services struggled to meet demand.

The Health Select Committee, which has been taking evidence on the strain facing A&E units, said it was “absurd” to blame patients, who were advised to go to accident departments by services such as NHS 111.

The president of the College of Emergency Medicine, Dr Clifford Mann, told MPs on the Health Select Committee last week that the number of additional patients that were coming to A&E could fill “eight or nine extra emergency departments”.

Shockingly, he also explained that numerous staff members were working for free to try to help alleviate the pressure on hospitals.

Staff working for free to meet the demands of patients is absurd. Why should doctors, nurses, and healthcare staff have to give their time like this? For a start, it is unsustainable. It also paints a warped picture of the true state of frontline services. If it wasn’t for these volunteers would A&E waiting times be lower than the 87.6 per cent reported at the start of the New Year?

A spokeswoman for Northumbria Healthcare NHS Foundation Trust told The Independent that there were “occasions when members of staff, both clinical and managerial, voluntarily came into work in order to ensure our patients were treated as quickly as possible and in the appropriate setting”.

A Department of Health spokesperson commented on the situation, stating that: “Hospital staff are doing an amazing job and we’re supporting them with 700 more doctors and 5,000 more nurses this winter.”

If staff are working for free, it does seem as if this boast is doing little to help tackle the swelling number of patients. More importantly, how much longer can the health service sustain this way of working before the system gets into dire straits?

The BBC reported at the end of last year that some frontline services had been forced to shut their doors to new patients. Paramedics said they had been denied entry to the Royal Stoke University Hospital after it received unprecedented numbers of patients. A number of hospitals across England have also declared Major Incidents in the last few weeks.

Declaring a major incident enables hospitals to call in extra staff. The status is often enacted when demand levels are high, but also during events such as major traffic accidents. In a bid to restrict the flow of patients and reduce the demand on services one of the first measures is to postpone routine operations or outpatient appointments.

In a statement on the 7 January, the Chief Executive of Cambridge University Hospitals NHS Foundation Trust, Dr Keith McNeil, declared a major incident, stating that that since New Year’s Eve the hospital had been under “extreme pressure”.

“We have declared a major incident… due to unprecedented levels of demand on our services, with especially high numbers of frail, elderly patients, combined with a record level of patients whose medical care is finished and whose discharge is delayed,” he said.

So what can be done to tackle this? I hate to say it, but the system needs reforming. It is all well-and-good doing more with less and cutting back for austerity sake, but the health services needs to ensure the care provision that is in place is actually effective. If the government wants to keep people in the community, then cutting community nurses does not seem effective.

Equally, if the government wants to keep people out of accident units and meet their waiting time targets then there needs to be other services in place to take this pressure.

Dr Carter, of the Royal College of Nursing said the government needs to address the “chronic under resourcing of community and social care services.”

He also warned that there needs to be investment “in the existing nursing workforce and [an] increase [in] the number of training places”, adding that “the fundamental issue is that the NHS isn’t receiving the resources it needs.”

And that is really what it boils down to, resources. Austerity had to happen, of that there is no doubt; the country could not keep haemorrhaging money as it was. But the impact of austerity is what we are seeing now: the health service drowning.

The government attempted to reform services by bring together health and social care with the Better Care Fund. This would see £2bn funding transferred from the NHS to social care in a bid to reduce the number of hospital admissions.

However, the scheme has been heavily criticised, as it will reportedly leave a significant funding blackhole for the NHS—around £700m.

In a report, the National Audit Office said plans for amalgamating health and social care were not adequate and were based on “optimism rather than evidence”.

The report said: “There is limited evidence that integrated care is cost-effective in sustainably reducing unplanned hospital admissions.”

The NAO also said that assumptions that admissions would fall from 47 per cent by 3.5 per cent a year was “highly ambitious”.

Margaret Hodge, chair of the House of Commons Public Accounts Committee, also criticised the plans, stating that: “Planning for the Better Care Fund has been a shambles.

“The fund is a complex and challenging initiative that clearly requires strong leadership and effective cross-government working, both of which have been lacking.

“It is hard to believe that until recently there was no central management team or programme director, and there were only limited attempts to identify and manage risks to successful delivery.

“Such incompetence from departments is unacceptable at a time when the number of people most likely to need care is rising, and overall funding is falling.”

Cuts to social care have impacted the health service significantly, and a growing elderly populating will continue to place extra pressure on services in the future. Community care needs to be stepped up, as does primary care services such as GPs. Prevention is, after all, the key, and tackling small health problems before they become major complications is vital.

Staff work hard to do the best for their patients and to keep services moving, but they are not superhuman, nor should they be expected to run themselves into the ground to bridge gaps in the system.

The NHS is in serious crisis. The entire health and social care system needs redesigning and reforming to cope with cuts and to ensure services are efficient going forward. It is too late to change things for this winter, but hopefully measures will be in place for next.