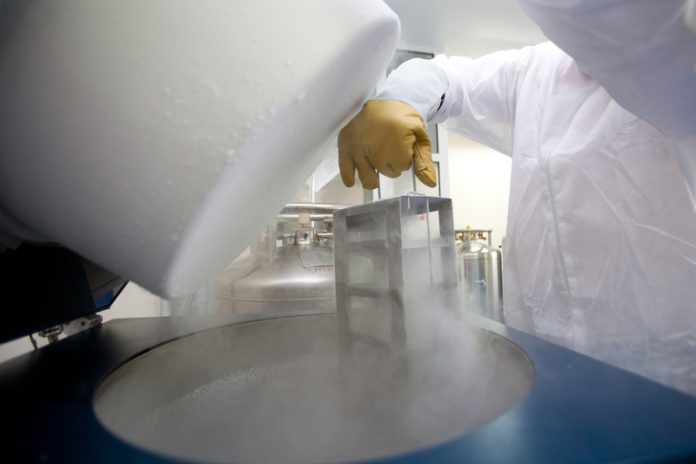 Professor Neil Stansfield, Quantum Programme Strategic Lead at the Defence Science and Technology Laboratory, explains how new technologies such as cryogenics are making game-changing impacts in the defence sector…

Traditional cryogenics has long had an important role in defence and security. A wide range of instruments for remote sensing require cryogenic cooling, for instance in forward looking infra-red cameras and sensors. Nuclear Magnetic Resonance spectroscopy, used for the understanding and identification of materials, relies on superconducting magnets cooled by liquid helium. Cryogenic fuels (especially liquid hydrogen and oxygen) are commonly used propellants for space vehicles to launch satellites into orbit and liquid nitrogen is used in the transport of large quantities of food to regions like areas requiring humanitarian aid.

Whilst these interests remain, a new area of harnessing the “super-cold” has opened up, with significant implications for our defence and security capability based on quantum technology: “cold atoms”.

Within the Ministry of Defence we put a significant focus on assessing how new technologies are expected to have game-changing impacts for UK defence and security. The potential to use quantum technologies was identified a number of years ago as having the possibility to open up entirely new capabilities for defence and security in a range of areas, including timing, navigation, and sensing. This could be the second ‘quantum revolution’ – following that from the first half of the 20th century, which eventually produced technologies such as miniature integrated circuits in computers and application specific chips, superconductors, lasers, nuclear energy, thermal imagers and digital cameras.

Many of these new quantum technologies are based around ultra-cold atoms cooled with lasers. By confining a small number of atoms in a magneto-optical or optical dipole trap and scattering laser light off the trapped atoms, detuned from an optical resonance in the atom, we can almost eliminate their momentum in the rest frame of the trap resulting in clouds of atoms at a temperature of tens to hundreds of micro-Kelvin. A new way of super-cooling. The original work on cold atoms resulted in the 1997 Nobel Prize in physics. Once atoms are cooled to these temperatures, interactions of these ultra-cold atoms with their environment can be interpreted using quantum physics to make possible some brand new capabilities.

At their lowest energies the atoms become the coldest known bodies in the universe and move extremely slowly, a few millimetres per second compared to about 1.9 km/sec for H2 at room temperature. Therefore they are highly sensitive to changes in the local magnetic and gravitational field. Their lack of movement also makes them ideal for atomic clocks, which utilise the ultra-regular absorption and release of radiation by their electrons during energy shifts, as a highly accurate pendulum. Current atomic clocks are limited by the occasional collision of atoms within the clock. Laser cooling the atoms until they are nearly stationary significantly reduces this effect.

An investment of £270m in quantum science by the UK government was announced in the 2013 Autumn Statement to support significant UK research activity. The launch of 4 Quantum Technology Hubs at UK universities was announced to explore the properties of quantum mechanics and how they can be harnessed for use in technology. In May 2014, the Defence Science and Technology Laboratory (Dstl) and the National Physical Laboratory showcased some of the new quantum technologies, which are expected to give greater resilience and better performance in positioning, navigation and timing than traditional alternatives such as GPS or conventional inertial navigation systems. Now in 2016 we have a national UK quantum technology programme of around £350m over 5 years, 10% of which is invested from the Ministry of Defence’s research programme.

Whilst there are some significant obstacles, it’s exciting to see how well placed the UK is on the global stage to address the significant technical and systematic challenges that remain in commercialising quantum technologies and accelerating exploitation. The potential impact of quantum technology on military activities could be significant – bringing the accuracy of a submarine’s navigation under the oceans (denied of GPS signals) from kilometres to hectometres, allowing individual soldiers underground or in buildings to know where they are to within centimetres or to use electric field or gravitational sensing to look underground or through walls to identify hidden adversaries or subterranean tunnels.

Currently, Dstl is conducting research with university and industry partners focussing on increasing optimal performance, investigating miniaturisation procedures and looking at the potential use of new technologies. With the first prototypes due to be demonstrated over the next few years, this could provide new options for the conduct of defence operations in the future. The defence industry often acts as a pioneer in the development of new technologies and the UK is bringing about a new technological revolution in timing, navigation and sensing that could revolutionise military, defence and civilian operations.