Home Open Access News Health & Social Care News Helping ALS patients is not only a medical need, but also a... 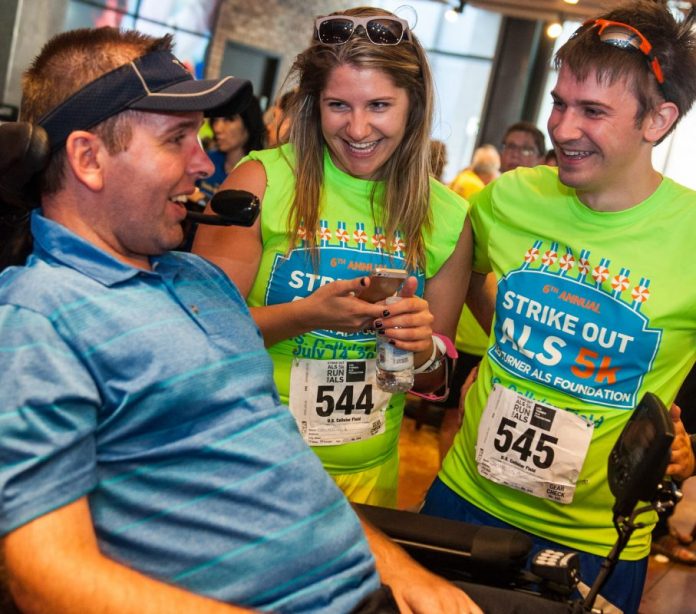 Hande Ozdinler, PhD, Assistant Professor of Neurology, Northwestern University discusses ALS and outlines the strides made in this area…

Amyotrophic Lateral Sclerosis (ALS) is one of the most complex diseases of the nervous system, and one that is very special for humankind.   There exists a long-term debate about what makes us “human”.  Is it really the ability to perform very skilled voluntary movements or our high-level cognitive function?  Both movement and cognition sets us apart, but which one is more essential for being a “human”?  ALS proves that it is our cognitive function.

ALS patients lose their ability to move their arms, legs and at times they cannot even control the muscles that help them breathe. Yet they remember the smell of their favourite flower, sense the comforting touch of a friend and will remember the names of the places you have long forgotten.  But they will not be able to tell you how much they love you, nor will they be able to feed themselves or go to the bathroom alone.

ALS patients, with their ever-growing struggle to have a decent life and to retain their dignity, remind us what it really means to be a human. Some consider ALS an “orphan” disease and try to correlate the amount of research funds with a total number of patients, to make proper assessment of funds.  They at times conclude that “too much is spent on ALS research already”, but miss the point that ALS is not only a disease, but an active fight of people, real people, to reclaim their lives, hopes, and dignity.  Thus ALS is not just an orphan disease we can ignore, and helping ALS patients is not only a medical need, but also a moral obligation.

ALS is a calling, which was answered by the ICE BUCKET Challenge.  Millions of people worldwide joined in the largest international outcry, generating an immense momentum among scientists and foundations worldwide.   Momentum is the energy we need to pave the way for an effective solution, but there are many setbacks along the way; 1) even though patients display similar pathologies, the underlying causes could be very different; 2) it is very unlikely that one drug will cure all patients, and we have to develop better inclusion criteria for clinical trials; 3) we need to develop better drug candidates by improving preclinical assessments using motor neuron viability as a readout for success, and determine the mode of action prior to clinical trials so that better groups of patients can be included in future studies; 4) the disease progresses very quickly and the window of opportunity to include patients into clinical trials is very slim; 5) the total number of patients within a given medical center is usually very limited to perform  statistically significant studies.

These limitations come with challenges, but also with an important opportunity: an opportunity for all of us humans to work together for a common goal of helping people gain their dignity and restore humanity.  This is something we can achieve with global leadership and it is time we tackle this important problem.  Since ALS is one of the most complex neurodegenerative diseases known, understanding ALS will help reveal the secrets of others.

Finding a cure for ALS is a collaborative effort, and it is better if that collaboration is international and multi-institutional.  The International Alliance of ALS/MND Associations and the Federation for International ALS Associations play a pivotal role in bringing ALS clinicians and researchers in many countries to the same level in terms of rules, regulations, accreditation, and inclusion criteria for clinical trials.  Many different foundations and institutions recently came together to establish C4C (Collaboration for a Cure), to improve the pathway for ALS Drug Development.

Since the ICE BUCKET Challenge numerous ALS Centers have been established in the United States and in the world.  They play a pivotal role in setting the right example for others and for generating a framework for transparent and collaborative effort.  I want to give Les Turner ALS Foundation as an example of what a few good people can achieve.

Les Turner ALS Foundation is one of the first ALS foundations in the United States, established by the friends and family members of Les Turner, who was diagnosed with ALS at the age of 37 in 1976, at a time when very little was known about the disease.  Friends and family of Les established the Les Turner ALS Foundation in 1977, and it remains one of the United States’ oldest, independent ALS organisations, invested in both patient care and research.  Patient care is at the heart of the Foundation’s mission; in 1986 the Foundation opened the Lois Insolia ALS Clinic, one of the nation’s first resources to provide multidisciplinary expertise to those with ALS.  The Foundation has long had a support services team that offers continuity of care from the clinic to the home.  The team provides home visits, conducts support group meetings, provides educational seminars and materials and coordinates care with the clinic health providers. Through these services, the Foundation supports nearly 90% of ALS patients in the Chicagoland area.

Joining global vision with local strength, Les Turner ALS Foundation established a pivotal collaboration with Northwestern University, Feinberg School of Medicine, where it has supported research efforts for the past 38 years.  Recently, the Foundation established Les Turner ALS Research and Patient Center at Northwestern Medicine, generating a unique collaborative avenue for scientists and clinicians to work together for the common goals of building effective treatment strategies for ALS.

I think the future is very bright for ALS patients and for all of us. There is an immense sense of urgency at local, national and international levels.  The message sent by the ICE BUCKET Challenge has been globally received, and now it is time for the lawmakers and the legislators to join in the fight, and support important matters that would expedite formation of proper clinical trials, and translations from bench to bedside.  ALS Survivor… Let’s make is possible…

Hande Ozdinler is an Assistant Professor at the Department of Neurology, and a member of Les Turner ALS Research and Patient Center at Northwestern University, Feinberg School of Medicine. Her research focuses on the biology of upper motor neurons, and she believes in the power of transparent and collaborative approach.