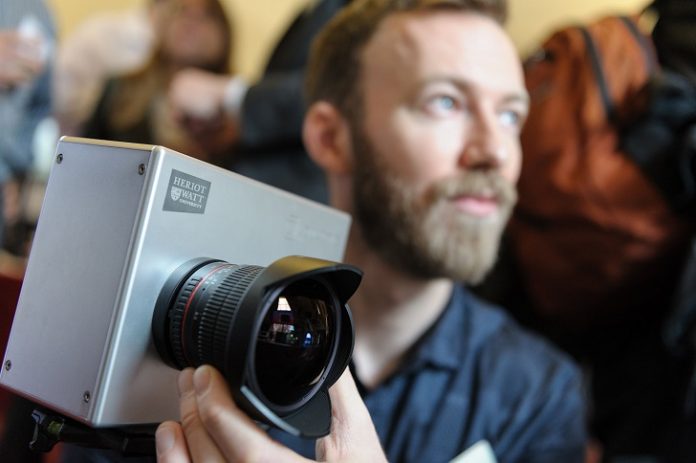 Quantum physics is the science of the very small and is often thought of as something that belongs to the realm of science fiction, not least because many aspects of quantum physics are counterintuitive.  However, despite these popular misconceptions, there is an abundance of technological products already on the market that make use of quantum physics. For instance, the Global Positioning Systems (GPS) that underpin our transport network is based on the timing technology used in atomic clocks – the most accurate clocks on Earth. Moreover, without quantum mechanics, there would not be lasers or semiconductors, which are at the core of our modern electronics.

Harnessing quantum mechanics for the future
The second Quantum Revolution is now upon us and is set to bring new technological advances to science, industry and society. The EU has launched a “Quantum Manifesto” to formulate a common strategy for Europe and in recognition of the growing importance of quantum science, the UK Government has invested £270m in the National Quantum Technologies Programme. QuantIC is one of 4 Quantum Technology Hubs that have been established to explore the properties of quantum mechanics and specifically how they can be harnessed for use in new imaging technology.

There is a wide range of imaging technologies currently available on the market and quantum technology can provide significant improvements to state-of-the-art imaging systems. Such improvements require both the development of new, or improved sensor and light source technology and the development of better optics, cooling, data analysis and inversion techniques, all aspects of QuantIC’s research and innovation programme. The Hub’s vision is to pioneer a family of multidimensional cameras operating across a range of wavelengths, timescales and length-scales to create a new landscape for imaging systems and their applications internationally.

The team at QuantIC, led by the University of Glasgow, comprises world-leading quantum technologists from the universities of Bristol, Edinburgh, Glasgow, Heriot-Watt, Oxford, Strathclyde and Warwick, who are working closely with more than 30 global industry partners to exploit the potential for quantum imaging. Examples of the Hub’s cutting-edge research include the use of ultrasensitive cameras to see round corners, producing cameras that can see through smoke and tree canopies, and enhancing imaging through turbid media and sensing gravity.

QuantIC has a £4m Partnership Resource Fund to support collaboration with industry and has a dedicated Innovation Space at the University of Glasgow where companies and academics can co-locate to develop new technology and prototype ideas.

Innovation requires the ability to collaborate and share ideas, and QuantIC invites participation and engagement with all stakeholders that could lead to further discussion on how the Hub’s work will benefit society. The potential applications for quantum-inspired technologies are still being discovered; if reading this article sparks an idea about how our technology could be used or if there is an opportunity to work together, why not get in touch?
New technologies shaping the future of imaging

QuantIC has developed several technological innovations that rethink imaging and what is possible. What would you use them for?

QuantiCamTM is a visible Single Photon Avalanche Diode (SPAD) camera system that can detect single photons at the same time as noting when it arrived, with unprecedented resolution. This incredible level of sensitivity and performance has enabled the team to develop new imaging applications. Using a pulse illumination light source, the light bouncing off an object is triple scattered as a curve of light on the surface which the QuantiCamTM is able to detect, thereby allowing it to track moving objects around corners and inside buildings (Gariepy, G. et al. Nat. Photon. 10, 23-26 (2016)). This technology has potential applications in autonomous vehicles, collision avoidance in traffic, search and rescue for emergency services and hostage situations.
Gas-SightTM camera combines state of the art laser systems with single-pixel infrared cameras to deliver low cost-infrared imaging. Although gases are invisible to the naked eye, they do interact with light, just not at wavelengths one can see. The key to imaging invisible gases is making a camera that can see at the correct wavelength. By using the single-pixel camera approach, QuantIC’s researchers (Edgar,M et al. Nat. Sci Rep 5,1-8 (2015)) have been able to produce real time video of leaking gas at a fraction of the price of using an infrared multimillion pixel array camera that is currently available in the market. Working with M Squared Lasers, the Hub is developing these cameras for applications in security and defence, emergency services and environmental monitoring.

Wee-gTM is an ultrasensitive gravity imager that is the most sensitive Micro Electro Mechanical Sensor (MEMS) device ever developed (Middlemiss,R et al, Nat 531, 614-617 (2016)), with a target sensitivity of 10ng/√HZ. MEMS sensors are already present in mobile phones and use the Earth’s gravity field to detect the orientation of the phone’s screen. The compact size and low cost for Wee-g has potential applications in gravity mapping, land surveying and exploration and in multi-pixel density-contrast imaging arrays. The device is entirely fabricated as a single component from solid silicon, offering the most attractive cost to performance ratio in the marketplace. QuantIC is further developing the sensor and taking this device to the next level by integrating on-chip interferometry and quantum effects such as squeezing of light.