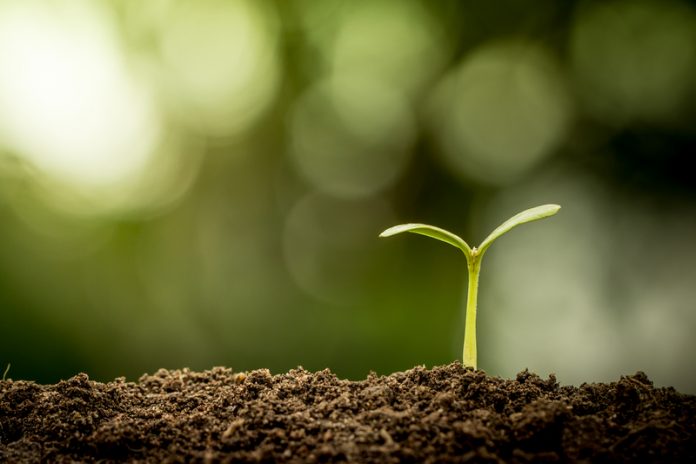 Matt Aitkenhead, a Member at the British Society of Soil Science sheds light on soils and their role in society and economic development…

The importance of soil to people who work the land or study it is obvious, but this importance often remains hidden in political and economic debates. Partly due to the fact that it is usually hidden from sight, and partly because it is so common and apparently unchanging, we take soil for granted. We also assume that it will continue to provide our food, regulate our water supply and climate, and buffer our biodiversity regardless of our actions, and almost always without realising that it is doing all of these things in the first place.

This assumption is fundamentally wrong. Over a third of the world’s agricultural soils are degraded, and require restoration or greatly altered management to return to their previous productivity levels. Soils with high levels of organic matter (peat) are being drained, eroded and burnt; these soils store a massive amount of carbon that is making its way back into the atmosphere through our action and inaction. The conflict between economic pressures and sustainable soil management is looking increasingly one-sided, and the economic benefits being gained today are nothing compared to the losses we will face tomorrow.

One of the biggest challenges in how to manage soil appropriately is the sheer variety that we see within soils. The FAO soil classification system recognises 32 broad groups of soil, and there are thousands of subtle but important variations in each of these groups. If a grid was laid around the Earth and each cell of this grid was 1 metre across, then it would be possible to describe the characteristics of the soil under each cell. This detailed description would be different for every single cell, and every cell would be found to provide a range of services and some small quantifiable benefits. Carbon storage? Water supply? Agricultural production? Biodiversity conservation? Those, and a whole host of others.

Every 5th of December is World Soil Day, and 2015 was declared by the United Nations Assembly as the International Year of Soil. This was an opportunity to raise awareness of the importance of soils, and it was seized by organisations involved with soil education, soil research or soil use and management. The British Society of Soil Science was one of many organisations working to emphasise the importance of soils economically and to society. The UK’s soils research community is pushing hard for increased emphasis on soils in education at all levels, and will be making the most of hosting the 4-yearly World Congress of Soil Science in Glasgow in 2022 to keep the current momentum as strong as possible.

Soil scientists must consider many different aspects of soil, as it links the physical, chemical and biological sciences so closely. In addition, we increasingly think of soil in terms of its benefits to society, and so must consider social and economic aspects as well. The links between healthy soils and healthy societies are unbreakable – without healthy soils, society cannot develop sustainably and fairly. The costs of degraded soils are many, some more obvious than others. The risks of agricultural failure, flooding and disease are all increased, and through these so are the problems of failed states, international conflict and mass emigration.

The EU’s Soil Thematic Strategy has since 2006 had 4 pillars; awareness raising, research, integration and legislation relating to soil. One of its key actions was a proposal for an EU Soil Framework Directive which would have legislated for soil protection across the EU. This draft Directive was withdrawn in 2014 following sustained blocking from a minority of EU states. Key objections included paying for the remediation of contaminated land (the ‘polluter pays’ principle), which was linked to the proposed requirement to provide a soil status report when selling land. Given that the potential number of contaminated sites in Europe could be as high as 2.5 million, this proposal was lobbied against intensively in some areas and by particular groups.

What can soil science do to help improve the health and legislative protection of soils? Our main role in this is to provide evidence for the condition of soils locally, nationally and globally and to identify ways to improve the worsening situation in an economically reasonable manner. The challenge here lies within the phrase ‘economically reasonable’ – what may seem unreasonable and indeed economically nonsensical now may become necessary in an increasingly desperate situation in the future. Alternatively, we could start to think about what is best for everyone in the long term and acting upon it.