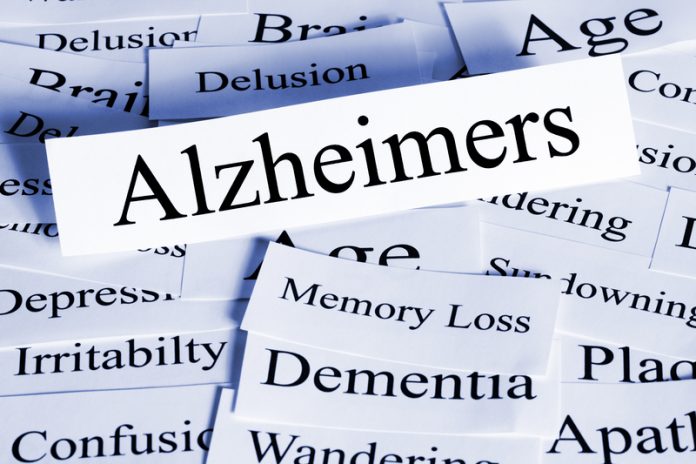 Neurodegenerative diseases are a growing global challenge as medical advances ensures more individuals live longer.  By 2020 there will be more than 40 million individuals in the world with Alzheimer’s disease and by 2040, without the development of truly disease modifying drugs this will grow to more than 80 million. Similar trends are also seen for Parkinson’s disease.  The annual treatment and social care of individuals with neurodegenerative diseases is estimated to be more than $1 trillion by 2050, making it one of the most important socioeconomic challenges of this century.   Research spending in this area is currently running into billions of dollars per annum.  Discovering and developing disease modifying drugs, i.e. those that prevent progression of the disease has been very challenging with many programs failing.

This growing healthcare challenge has been a focus of biomedical research in most developed nations leading to large investments in research from both public and private funders. Significant biological findings have been discovered and new diagnostic tools have been developed increasing our ability to identify the disease early and even predict subjects at significant risk before significant symptoms begin.  We are approaching an era where we can identify subjects who have a neurodegenerative disease, but do not yet have any of the symptoms.  We will have therapies which in theory will prevent or at least substantially delay the onset of symptoms but we have a development and commercial framework which does not support this approach.

Since the mid-19th century and the work of William Farr, our understanding and classification of disease has been based on the identification of disease based on symptomatology and overt clinical signs.  Therapies have been focused on reducing symptoms and treatments started after the disease process has damaged the body to the point of impaired function.

The latter 20 years of the 20th century saw a shift toward disease prevention with some limited success.  The aim here was to modify people’s lifestyles so they reduce the risk of a disease occurring.  These interventions were often general e.g. increase in exercise, stop smoking, reduce alcohol intake etc.  There have been some pharmacological interventions in this area but these have been limited and often with uncertain outcomes, e.g. use of low dose aspirin for primary prevention of cardiovascular disease or use of statins in subjects with normal LDL levels in primary prevention of cardiovascular disease.

Advances in disease understanding and the use of biomarkers is now offering an opportunity which could be the best of both worlds.  Biomarkers are currently being discovered and qualified which allow the detection of a disease process before any symptoms or overt clinical signs are present. These subjects have a high (and sometimes very high) risk of developing a symptomatic disease, although this may be a few years in the future.  Good examples of this include the detection of increased amyloid deposition in the brain before cognitive impairment occurs in individuals with pre-symptomatic Alzheimer’s disease, individuals with anti-drug antibodies to insulin and beta islet cells before they develop type 1 diabetes.  Our ability to detect these very early pre-symptomatic disease processes will only increase in the future, e.g. the use of mobile phone technology to detect early Parkinson’s disease through texting speed or voice analysis.  The development of therapies to intervene at this very early stage in a disease process is being termed as interception therapies.  There is a great hope that these therapies will significantly improve population well-being by delaying or preventing the symptomatic phase of the disease developing.  It is well established in many conditions that early intervention results in improved outcomes and this is a further extension of that.  In neurodegenerative, where significant cell death causes the symptomatic phase and AD in particular, it is clear from recent failed studies that early and ideally pre-symptomatic treatment is going to be required to gain the benefit of these new therapies aimed at preventing disease progression.

This appears a straightforward opportunity which patients, healthcare systems, regulators, payers and industry would be able to seize and deliver on.  However, the current drug regulatory and reimbursement system does not support or incentivise developing interception therapies.

From a regulatory perspective new drugs are valuated against a standardised set of clinical outcome measures.  These measures are well established and despite imperfections are trusted.  The clinical outcome measures are generally based on symptomatic scoring systems which may be enhanced by the use of clinical signs, e.g. joint swelling.  The whole aim of interception therapies is however, to prevent these symptoms from developing.  Therefore, a complete new set of regulatory qualified tools are required based on the prediction of the onset of symptoms and the reduction in a disease process rather than on symptomatic improvement.  A clear example here would be the demonstration of a reduction in amyloid plaque load or more likely a reduction in the accumulation of plaque load.  At present this is just a supporting biomarker, but it needs to be the primary endpoint of the randomised control trials and even this may take 1-2 years per subject to detect a treatment effect.

From a payer / reimbursement perspective the challenge is a temporal one.  The need to pay now for savings on healthcare and social care costs several years in the future creates a real challenge.  This is challenging enough in a single payer publically funded system, such as the UK National Health Service (NHS) but amplified in a private insurance based system where individuals regularly change their provider.

In our current drug development and commercialisation framework the biopharmaceutical companies take the vast majority of the risk and this is coupled with the reward driven through high drug pricing for new branded therapies.  The development of interception therapies will require the use of larger cohorts and longer studies if definitive proof of impact on currently recognised symptomatic scoring systems is required before drug approval.  This increase in length and size of trials combined with the reduction in patent life of novel therapies will drive the cost of medical innovation even higher.  These costs are likely to be unsustainable and so the benefits to patients of these new biological understandings will go unrealised.

We require a new paradigm where the healthcare systems and subsequently patients share some of the risk and enjoy the rewards of better health through the use of interception therapies.  The cost of clinical trials needs to be reduced and be seen as an investment in future medical innovation by healthcare providers and funders rather than a potential short term revenue generator.  Regulators and patients will need to understand that initially these type of therapies may be licensed, based on proven reduction disease processes and mechanisms and that proof of symptomatic benefit will only be obtained in a real world setting several years after launch.  The reward for patients is access to medical innovations much earlier and at an affordable price to the healthcare system.  Biopharmaceutical companies must accept that this is a sharing of risk through a reduction in their cost to get these innovations to patients and this reduction in cost and hence risk must be accompanied by changes in approaches to pricing so that we develop an affordable strategy to develop interception therapies.