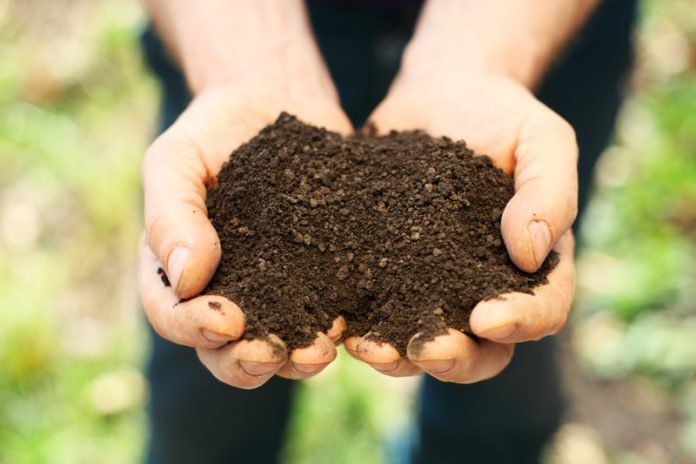 At the  ‘Vienna Soil Declaration’ on Dec. 7, 2015, the IUSS identified the key roles played by soils in addressing the major resource, environmental, health and social problems which humanity is currently facing. The worldwide responsibility for conserving soils, their properties and functions as environmental keystones requires an improved knowledge and understanding that soils are the basis for microbial, plant and animal life, as well as a major reservoir of biodiversity, antibiotics for human health and a gene reserve.

Soil filters water, critical for supplying drinking water and other water resources, stores water for the use by plants and acts as a buffer to prevent rapid run off. Soil stores and releases plant nutrients and is able to transform many compounds including pollutants.

Soil is the basis for most of the food produced globally, is necessary for the production of biomass such as wood, fibre and energy crops, capture carbon and can help mitigate climate change.

Given this situation, the IUSS believes that it is incumbent on IUSS members to not only maintain the level of activity generated in IYS 2015, but to increase the momentum and the extent of our contributions on these issues as we move towards the Centenary of the IUSS formation in 2024.

The Executive Committee and the Council of the IUSS will play a pivotal role in setting overall objectives and directions during this period.  However, it is essential that not only all IUSS Divisions, Commissions, Working Groups, National, Regional  and individual Members, but also experts of related fields of expertise accept the challenge to undertake activities to ensure that the significance of soils in maintaining a healthy life and environment remain continually at the forefront of political and scientific planning and decision making.

The International Decade of Soils shall thus be a continuation of the efforts made during the International Year of the Soils 2015. It will be marked by a number of activities on the national and international levels. IUSS plans to play a key role in education, dissemination of information, issuing informative press statements on key issues, co-ordinating activities across the world through our National Members (e.g. World Soils Day) and maintaining a historical record and collecting personal biographies. Furthermore, a public outreach campaign is envisaged to show the emotional and cultural relevance of soils to reach the general public and other target groups.

As a first step, a logo was designed:

The logo design describes a healthy soil profile. The logo is made up of ten lines – each representing one year in the international decade of soils. Each line also represents a decade of IUSS, leading up to the organisation’s centenary in 2024. The brown of the soil horizons in the logo is darker towards the top and gradually becomes lighter further down, demonstrating a soil organic matter content declining with depth. A green plant sprouts out of the soil – demonstrating soil as the origin of life itself. Earthworms symbolise the vitality of soil life.

Secondly, the Vienna Soil Declaration was translated into Spanish and Portuguese. Its key messages will be used for dissemination purposes. And, last but not least, upon the initiative of the Latin American Society for Soil Science (SLCS), the first outreach campaign via social media was launched in which the global soil science community is invited to participate. In the framework of a project called Thus are Soils of my Nation® a ‘Soil’s Friends Virtual Network’ will be created to generate public awareness of the need to preserve soil.

Partnerships will be forged with other international organisations (e.g. IAEA, CGIAR, UNEP, Worldbank, WWF, and Friends of the Earth) who could help propagate IDS messages and support us in our endeavours. Furthermore, interested media (National Geographic, Discover etc.) will help us to reach the general public and companies who share the same values, as well as others who wish to propagate IUSS IDS messages through their own channels by becoming “soil ambassadors”; all working together with potential sponsors, who would benefit from publicly showing their interest in protecting soil etc.

With regard to education, the main focus of our activities will be on school age children (who will be teenagers and young adults in 10 years’ time). Some young children’s books already exist; we could assist with their translation into other languages. Web-based material needs to be developed (together with teachers notes) that would target several age groups (including adults).  When this material has been developed it could again be translated into other languages. Another idea was to create a soil jigsaw which would allow every person doing the jigsaw to make their own world of soils.

The IUSS will act as an independent, reliable source of information about soils and their role in key areas affecting humanity, such as: food production, food security, climate change, carbon sequestration, nuclear contamination, etc.

Following the very successful publication of Soil Matters- solutions under foot 1, a series of books on new and upcoming soil related topics is planned. The next book in this series will be on urban soils and shall be published by the end of 2016.

Soil is essential to human life. Soil around the world is being degraded and too few people know about it. To preserve the soils in which we grow our food, long-term, we need to do everything we can to educate people and to raise awareness of how important soils are. Experts, decision-makers, politicians and the general public – we all need to work together. Play your part! Please send your activities, ideas and suggestions for how to promote soil awareness to iuss@umweltbundesamt.at

Chair of Committee on Presidential elections