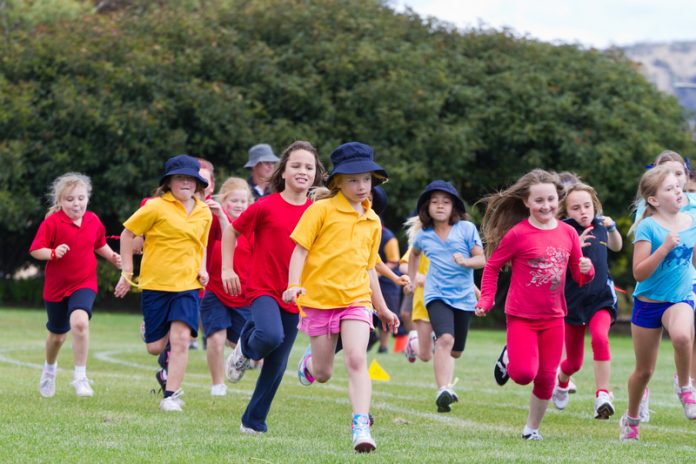 The physiology of exercise in children is different than in adults. This presents an attractive paradigm for scientists to explore, particularly from a health research perspective. However, interventions addressing health and exercise are all-consuming with many complexities (Booth and Layer 2009). Yet often the question arises, why do so many researchers study things that seem to be common knowledge and ‘just so obvious’?

The majority of the public are aware that obesity rates among children and youth in Canada have nearly tripled in the last 30 years. Certainly, the public would have some knowledge that 10% or less of 5 to 17 year olds actually meet the daily recommended 60 minutes of moderate to vigorous physical activity. Not surprising, but perhaps less well-known is that 40% of children aged 5 to 8 have at least one cardiovascular (CV) risk factor (Rodd and Sharma 2016). This inadequate level of exercise combined with being overweight or obese leads to premature or accelerated vascular ageing. Therefore, unless effective interventions are developed to reduce obesity, children today may live less healthy and shorter lives than their parents.

Childhood obesity tracks more strongly than any other risk factor and low cardiorespiratory fitness frequently occurs with it. Faculty of Kinesiology researchers have spent years investigating the interconnectedness of obesity to poor aerobic capacity, vascular inflammation and endothelial injury. We used a three-pronged approach to develop the BE HIP study (Biochemical Evaluation during a Health Intervention Programme), focusing on: 1) children at risk, 2) investigating and understanding obesity-influenced mechanisms of vascular injury, and 3) optimising injury prevention through progressive exercise. A not uncommon approach to an intervention, certainly ambitious and obvious since exercise is known to benefit health, but complicated because of the population age.

The physiological benefits of exercise support the idea that studies must implement strategic methodological designs to ensure that participants are not denied the ability to move. We employed a crossover design to ensure all participants could take part and benefit from the 10-week intervention while still providing a valid control group for statistical analysis of the results (Ratkowsky et al., 1992). Therefore, the study duration became five months (Doyle-Baker et al., 2011).

The utility of clinical markers associated with exercise prevention were originally lipid based and related to insulin/insulin resistance. An upcoming method for identifying risk for obesity was through the use of adipocytokines biomarkers, such as leptin and adiponectin. Both are abundant in adipocytes, i.e. fat, derived hormones in healthy humans (Natuzzi 2005). They are important in the regulation of body composition and the low-grade inflammatory state associated with obesity. Leptin correlates positively with body mass index (BMI) and fat mass, and negatively with fat-free or lean mass (Blum et al., 1997). Adiponectin is decreased in obese, has an anti-inflammatory action and inhibits pro-inflammatory tumour necrosis factor-alpha (TNF-α) secretion by macrophages (Yokota 2000). We measured TNF-α also and quantified body composition by DXA because it was more relevant clinically for intervention success. Despite the above, a noticeable gap in the literature existed regarding the energy expenditure (exercise) relationship between leptin and adiponectin concentrations in pre-pubertal children (Venner at al., 2016).

Gap in the literature

We first published a purposeful literature review titled ‘Leptin as a potential biomarker for childhood obesity’ (Venner et al., 2006). This was followed by a second paper titled ‘A Meta-Analysis of Leptin Reference Ranges in the Pediatric Prepubertal Children’, because so few publications existed compared to the numerous ones in human adults (Venner et al. 2008). We were cautious when interpreting individual leptin values and when referring to the published values and means because of the dependency of leptin levels on age and sex. Our most recent paper – ‘Changes in leptin and adiponectin concentrations during a high intensity exercise intervention programme for obese children’ (Venner et al., 2016) – describes the results.

The mechanisms influencing vascular inflammation and endothelial injury in childhood are directly related to the observed risk factors associated with development of atherosclerosis. Each risk factor exists within a behavioural, environmental, physiologic, and genetic context that provides the rationale for its consideration and whether it could be used to identify a child at risk. This is where it becomes all-consuming since conditions of family life (socio-economic status, ethnic origin), comorbidities that may or may not accompany overweight/obesity status (fat mass, blood pressure), and behavioural factors related to energy expenditure (nutrition/diet, activities in school, physical inactivity), must be measured. Accounting for all of these risk factors requires a holistic approach and careful consideration must be given to participant burden, namely the parent(s) who provide much of the information.

The hardest aspects of reducing CV risk involve behavioural change. The BE HIP study provided an effective setting to include three nutrition and two parental health education sessions on lifestyle choices, a cornerstone of paediatric care (Miller and Silverstein 2007). Interactive dietary activities to engage the families were developed by a registered dietitian. The Family Eating and Activity Habits questionnaire was used to monitor family behaviour and to log environmental modifications associated with diet changes (Golan and Weizman 1998). General physical activity was tracked throughout the study with the Leisure Survey Index (LSI) questionnaire (Godin and Shephard 1985).

Children, by nature, play in a stop-start fashion and therefore exercise scientists often find it difficult to assess their level of physical capacity. Their changing physiology and growth variations require serial measurements to avoid confounding the results. Although pre-pubertal children respond to exercise training, they don’t necessarily demonstrate changes in peak oxygen consumption. Heart rate monitors and accelerometers were used to quantitatively assess the twice per week 60 minute exercise sessions through activity counts.

The programme focused on a progressive increase in high intensity exercise at each session for a total of 20 minutes by week 10 (Doyle-Baker et al., 2011). High intensity was defined as a heart rate that was ≥ 75% of the participant’s HRmax with low-to-moderate intensity as < 75% of HRmax (ACSM 2005). Two certified (AFLCA) instructors facilitated the exercise classes which employed a wide variety of activities, i.e. group games, (dodge ball, tag) and running laps, so as to meet the prescribed intensity at each session.

The whole kit and caboodle approach

In summary we investigated the effects of an intervention on anthropometric, metabolic and cardiovascular parameters in obese children. Pragmatically, BE HIP involved the whole kit and caboodle as it was a comprehensive approach that incorporated health education, increased exercise at a level that appropriately engaged kids and resulted in both positive clinical outcomes and behavioural changes within their families.