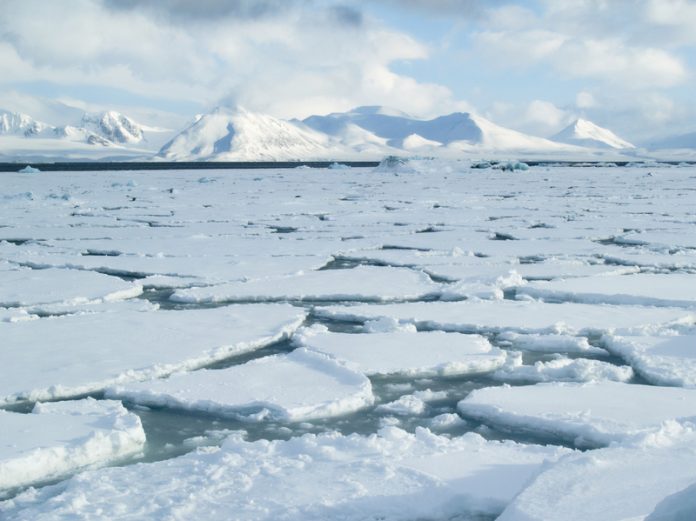 The Arctic is a hotspot – literally, as it is more affected by global warming than the rest of the world, but also in the sense that several nations are directing their political interest towards the far north – or the High North, as Norwegians call it.

For the past decade, several countries have looked to the Arctic and strengthened their interests in this part of the world. In Ny-Ålesund, a research village in the Svalbard Archipelago at 79° N, which best can be described as a natural laboratory, institutions from 10 countries now run research stations. The Norwegian Polar Institute has been a cornerstone of the settlement since 1968, whereas institutions from countries like China, India and South Korea inaugurated their stations in the 2000s.

An important reason for this interest is global warming. The regime of the High North’s ecosystem is changing. Warmer waters from the south alter the balance in the sea. The sea ice is diminishing in extent and thickness, causing trouble for seals and polar bears, and allowing for more heat from the sun to be absorbed by the ocean. In winter, spells of milder temperatures melt snow on the ground, which freezes during cold snaps, preventing reindeer from reaching their food.  Melting glaciers cause sea levels to rise. As glaciers shrink, marine mammals and seabirds lose the upwelling of rich nutrients that occurs when glacier fronts drop chunks of ice into the sea. Rising waters, less sea ice and thawing permafrost cause coastal erosion which is threatening to eradicate villages and settlements. Both onshore and undersea permafrost thawing release the potent greenhouse gas methane to the atmosphere. In addition, there is evidence that Arctic climate change affects weather and climate elsewhere through atmospheric and oceanic connections.

The ice in the Arctic Ocean is now primarily ice that is less than one year old, while not long ago multiyear ice, much of it more than 5 years old, was the norm. A younger ice cover absorbs more of the energy from the sun and lets more of it pass through to the ocean, starting a feedback that leads to even faster warming.

The opportunities in an Arctic with much less summertime sea ice are numerous. New shipping lanes, commercial fishing, bioprospecting and marine ingredients for bio-production (including those further down the food chain) are among the main gains from the situation. Oil, gas and minerals are other resources that may be possible to exploit increasingly further north in the near future. Norway manages a substantial part of the High North, and taking care of the natural environment is of importance to Norway. However, today’s rapidly changing climate and the major ecosystem changes that go with it, impose a fundamental challenge for management: the system is highly dynamic.

We must avoid making decisions and investments for the future based on yesterday’s situation. This calls for a continuously updated knowledge base and sophisticated earth system models to project future changes.  For 6 winter months, from January to June 2015, the Norwegian Polar Institute froze its research vessel, Lance, into the Arctic Ocean on 83°N, 30°E, with climate researchers from 11 countries on board. The N-ICE2015 programme focused on themes within oceanography, atmospheric science, sea ice and ecosystems, and the need to understand the implications of the transition to thinner, first-year ice in the Arctic Ocean. The scientists’ efforts will generate important new knowledge that will improve weather forecasts and climate models.

Other initiatives to help increase the knowledge base will materialise soon. Norway is building a state-of-the art polar research vessel to be launched in 2017. So are Germany, the UK, and China. New technologies for research in remote and hostile conditions will make a huge difference: unoccupied underwater robots (Remotely Operated Vehicles, ROV) and unmanned aerial vehicles (UAV) will provide far more data than ever before.

Further collaboration between nations with an interest in climate change and the Arctic is expected to give enhanced results with global benefits. With projects such as N-ICE2015, there is a hope that the international polar research community will make even stronger contributions towards tomorrow’s decisions about our future.