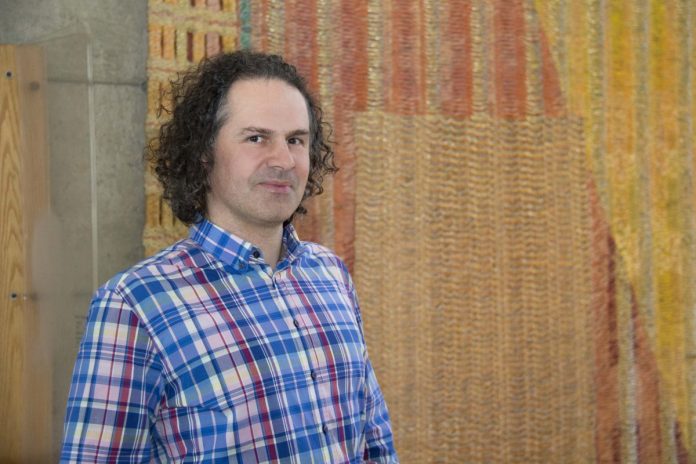 After ten years of conducting interviews and field research with Punjabi diaspora communities in Frankfurt and Toronto, Professor Michael Nijhawan highlights the vulnerability, resilience and agency of young migrants as important change-makers in our contemporary world

At a moment when the European Union seals its morally convoluted refugee relocation deal with Turkey and as we see how in North America the debate about admitting more refugees is triggering new moral panics around Muslims as potential terrorists, it is worthwhile to pause and take a deep look into how state policies of immigration affect the displaced and vulnerable even further.

This issue has been the focus of a Social Sciences and Humanities Research Council (SSHRC)-funded research project led by Michael Nijhawan of York University Toronto in conjunction with a similarly themed and funded conference on youth migrations in collaboration with Sociologist Ratiba Hadj-Moussa.

Selecting Frankfurt and Toronto as two global and interconnected cities that have been recognised for their progressive multiculturalist policies and vibrant migrant communities, Nijhawan situates migrant lives as they strive for legal and cultural citizenship. Working with Sikhs and Ahmadis as religious minorities, he shows the multidimensionality by which violence affects migrant precarity.

Whereas the public sphere is often exclusively focused on how well migrants integrate, Nijhawan uses a different optic and demonstrates how it is not so much the lack of a “will” to integrate, but instead the forces of law, state and public discourse that causes profound problems. His main findings concern the role of refugee determination procedures, the public image of religious minorities that don’t fit common frameworks of recognition and the everyday exclusion and violence faced by those pushed to the social margin. Nijhawan’s work further considers the new and important role of next generations: young people in both communities who break with common stereotypes and emerge as visible social actors pushing for the recognition of injustices past and present and social change.

With the gradual erosion of asylum law and the imperative to deport those who don’t qualify current admission policies, how are those not typically eligible affected? While much of the current refugee determination procedures in Europe are in flux, Nijhawan shows how in the recent past, the German asylum courts have assumed a pivotal role in affecting migrant lives very differently. This is especially true for Sikhs and Ahmadis, who were offered dramatically different results in legalisation. Examining the relationship between the legal field and religion is particularly telling in this context. Considering the discourses of judges in the administrative court, lawyers and asylum claimants’ testimonies, as well as recent appeal courts’ decisions, Nijhawan arrives a new understanding of the cultural transactions and interpretations that inform adjudication in the field of asylum law. On the one hand, credibility assessments are often highly arbitrary and betray a cultural bias. On the other hand, judges and courts (including the EuHC) have developed theories of religion and religious persecution that intersect with communities where such religion is practiced and where it remains subject to change. In this context, it matters how religious sincerity is defined and validated before the court. Compared to international legal debates, he finds how asylum adjudication influences the debate on the recognition of religious freedoms, even though we do not typically think of this legal domain as affecting the governance of religion.

As religious minorities, Sikhs and Ahmadi migrants are also subject to negative public sentiments. Being entangled within a social nexus of migration, race and religion has at specific points of time led to a questioning of their claims to belonging as Germans or Canadians. In Canada this was particularly so in the context of the Air India Inquiry as a consequence of the continuing debate about the support for Sikh militant groups among Canadian Sikhs. In Germany as in other European countries, public anxieties over the presence of foreign bodies have resulted in a discourse of suspicion that is felt as profoundly alienating by both Sikhs and Ahmadis. Members of both communities are often called out and “mistakably” profiled as terrorists, something that is widely discussed on social media and has led to new forms of advocacy and recognition campaigns. Nijhawan demonstrates how Islamophobia has had important repercussions in everyday life in places such as Frankfurt or Toronto, despite the significant transatlantic differences with regard to such presence and force by which such sentiments are played out. Prejudiced discourse brands many minority religious groups as inassimilable in mainstream society. Importantly, suspicion co-exists with increasing recognition of Sikhs and Ahmadis as “model minorities” and hence the effects of assimilation often remain tacit or are not intelligible to publics and policy makers.

The group that most openly contests these pressures is the so-called millennial- or “next generation” of young Sikhs and Ahmadis. Nijhawan contributes to a better understanding of their positioning with respect to institutionalised religion and forms of religious and political organisation that the youth wants to see overhauled. What is moreover interesting is the continuing importance of class and race when it comes to how families have struggled with legacies of violence. This is seldom understood by a public preoccupied with the many, and certainly important, success and integration stories of Punjabis in Canada. Yet, Nijhawan portrays the next generation of young Sikhs and Ahmadis who openly confront issues of colonialism, genocide and oppression while seeking solidarities across community boundaries and localities in a context in which national identity is being redefined. In this context, he finds that intergenerational transmission is a complex process that entails social narratives around labour, migration and religion. Contrary to the common crisis motif of portraying “religious immigrant youth” as a problem category, we instead find that these young individuals make sense of their every day in constructive ways, actively create new and innovative cultural spaces and find ways to imagine their cultural and religious belonging that promise a better future.