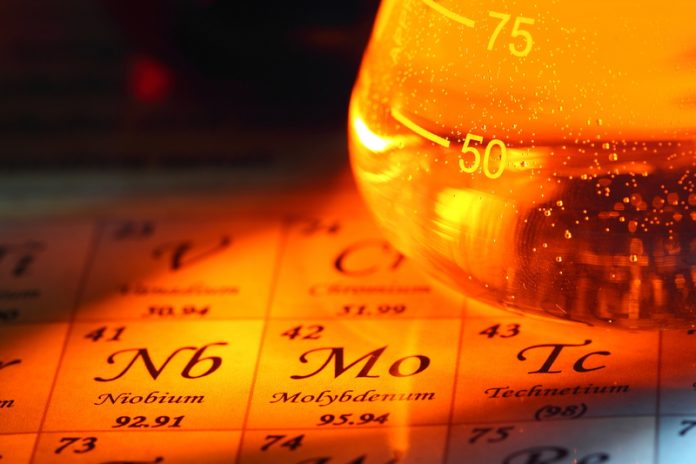 Super-heavy chemical elements discovered by scientists from Russia, the US, and Japan have been added to the periodic table

The seventh row of the periodic table has finally been filled as four new chemical elements have been added.

The news represents a significant event in the chemistry world as the group of superheavy chemical elements are the first to be added to the table since 114 and 116 were added in 2011.

These new elements were discovered by slamming lighter nuclei into each other and tracking the decay of the radioactive superheavy elements.

These elements only exist for a fraction of a second before they decay into other elements.

The decision to add them to the table was taken by the International Union of Pure and Applied Chemistry. The organisation governs chemical nomenclature, measurements, and terminology.

Three of the four chemical elements were discovered by a Russian-American team based at the Joint Institute for Nuclear Research in Dubna and Lawrence Livermore National Laboratory in California.

Evidence presented was deemed sufficient to claim the discovery of elements 115, 117, and 118.

Japanese scientists from the Riken Institute were given credit for discovering element 113, which had also been claimed by the Russians and Americans.

Former Riken president and Nobel laureate Ryoji Noyori said the decision was “of greater value than an Olympic gold medal”.

Names for the elements are expected to be set by the scientists that discovered them over the coming months, with element 113 to be named first.

Professor Jan Reedijk, president of the Inorganic Chemistry Division of IUPAC, said: “The chemistry community is eager to see its most cherished table finally being completed down to the seventh row.

The four chemical elements, which can be named after minerals, a place, a country, property, scientists or a mythological concept, are man-made.

Names, including the two-letter symbols, will be put to the IUPAC for public review for five months. The organisation’s council will be tasked with making the final decision.