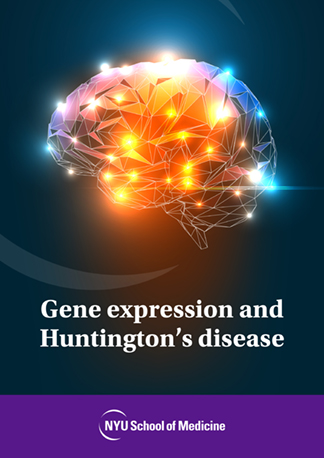 A hallmark of many neurodegenerative disorders is the appearance and persistence of aggregates in neuronal cells, as this special e-book concerning monitoring gene expression from the New York University School of Medicine reveals. We learn about the exciting research taking place around Huntington’s disease, a heritable neurodegenerative disease, caused by a mutation in the Huntington gene, HTT.

As the normal function of HTT and the mechanism by which its mutant counterpart contributes to the pathogenesis of Huntington’s disease remains unclear, Tanese unveils how the New York University School of Medicine began investigating the role of HTT in post-transcriptional gene regulatory pathways. Strikingly, they discovered that HTT could be found near RNA granules present in neurons.

In addition, to understand the cellular processes that HTT is involved in and how they may diﬀer for mutant HTT, the School carried out experimental procedures to isolate normal and mutant HTT protein from cells and tissues, we discover.

We also find out that further examination of the HTT protein’s association, with its own mRNA, revealed mutant HTT associates with a shorter version of the normal HTT mRNA. The New York University School of Medicine have also uncovered novel roles for normal and mutant Huntington’s disease protein. These novel functions have several implications for the development of Huntington’s disease, we find out.

I trust you enjoy reading this insightful and thought-provoking e-book.