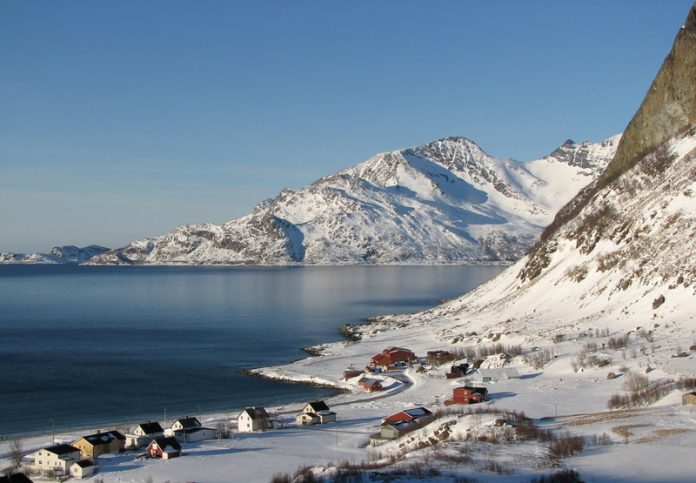 Now more than ever the Arctic (a region defined by its natural environment and resources), is facing the serious consequences of climate change. Since 1980, it has seen a 50% loss of ice cover in the Barents Sea, and with temperatures rising two to three times as fast as the global average; there is a risk that the Arctic Ocean may be ice-free in the summer by 2050.

This environmental fragility has not gone unnoticed, with many countries all over the world expressing concern for the Arctic and coming together as part of the Arctic Council. Established in 1996, the Arctic Council is a forum for environmental cooperation, and is now the most important arena for dealing with the common challenges facing the Arctic States (60% of the world’s population). Norway, which has particularly played a leadership role in the Arctic Council, has now brought their Arctic Policy to the forefront of their priorities, according to Børge Brende, who has been the Norwegian Minister of Foreign Affairs since 2013.

“The Government is giving greater priority to business development in the north. We want to enhance the links between research and the business sector, with a view to ensuring that investment in research also creates more new jobs. Our aim is to develop North Norway into one of our most innovative and sustainable regions,” he said.

Norway is increasing the Armed Forces’ presence at sea, enhancing their monitoring capacity, in order to maintain a presence in the Arctic, a region that holds such interest and responsibility. Norway’s Arctic Policy’s key aims are “creating value, managing resources, confronting climate change and fostering knowledge,” states the Norwegian Ministry of Foreign Affairs, with the government giving priority to the following five areas:

These priority areas have been allocated NOK 3 billion in the policy’s budget. Furthermore, “the government is proposing to intensify efforts in the areas of business- oriented research, infrastructure and emergency preparedness in particular.” Alongside the policy’s continuing projects from previous years such as Arctic 2030, 2016 brought many new initiatives such as:

Norway benefits greatly from its connections to the Arctic, considering 80% of its seas are north of the Arctic Circle, and nearly 10% of its population live inside the Circle – a greater proportion than in any other country in the world. The Norwegian Arctic is experiencing a higher level of economic growth than the rest of the country. This region expects to see a 6-7 % growth in exports in the coming years.

The man responsible for Norwegian foreign policies and the promotion of Norway’s international interests, Børge Brende, believes that “It is in everyone’s interests that the Arctic remains a peaceful and stable region.”

This statement highlights the importance of the Arctic Region not just to Norway but also to the world. The Arctic holds many assets and resources that numerous countries can heavily benefit from, such as year-round tourism, the major seafood industry, and abundant energy resources (an estimated 22% of the world’s undiscovered oil and gas resources are thought to be in the Arctic).

However, with major opportunities come great responsibilities, and Norway faces a duty to support the Arctic in all areas, through responsible management and international cooperation. Its vulnerable environment is in urgent need of protection, with 15 million seabirds breeding around the Barents Sea, and large populations of polar bears and walrus. Many species and ecosystems in the north are vulnerable to both climate change and fast increasing human activity.

Countries must also strive to protect the region’s indigenous people, including the Sami population, which totals approximately 80,000-100,000 people. The Ministry of Foreign Affairs is financing a project entitled “Resource extraction and indigenous peoples – evaluating ethical guidelines”, which is looking at guidelines regarding resource extraction, and at the possibility of cooperation with indigenous agencies and businesses on developing a ranking system in which companies are ranked according to how they fulfil ethical guidelines and interact with the local population. This, along with many other projects is striving to “promote a more results oriented Arctic policy.”

“In a world full of conflicts and competition for resources, the Arctic stands out as a region where close people-to-people cooperation and dialogue across national borders is the norm,” adds Brende, reinforcing the importance of Norway’s role in this region. It is clear to see that Norway, along with the many other countries safeguarding the Arctic, is dedicated to following through with its promises, both economically and environmentally.