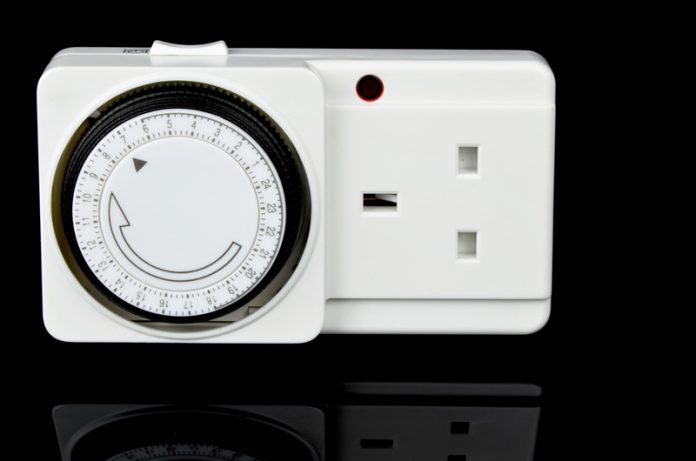 Bill Watts, Senior Partner at Max Fordham talks about the role variable surge pricing could have in the energy sector…

By now you’ve probably heard of Uber, the mobile app that’s changed the way people book a cab, all over the world. You might also be familiar with their demand-based, variable ‘surge’ pricing. If you book in the lull when the after-work crowd has moved on, the price is lower. If you book when the bars empty late at night, you’ll pay a premium. It’s a little bit of social-engineered economics that encourages more drivers onto the roads in peak times (increasing supply) and discourages punters from booking when there are fewer cars to go around (reducing demand). Ultimately the journey you take is the same, but the price is different to manage the relationship between supply and demand.

One day soon, our fuel bills will be determined in a similar fashion by when we use our power, as much as the total amount of energy we use. Apart from off-peak tariffs, consumers have been largely isolated from this variation in price according to time. But we think that is going to change as the sources of renewable energy increase, leading to periods when the power is, at times, free.

As with any market, the costs of energy are continually varying owing to supply and demand, as energy providers compete to generate the electricity we need. Currently the average consumer is isolated from these fluctuations by providers who set their prices to level out this changing cost. If customers are exposed to this fluctuating cost we are likely to see a change in our consumption habits.

The blue line on the graph in image 1 shows how the consumption of electricity varies through a typical winter week. There is a sharp peak at the end of the working day when there is an overlap between people coming home from work but before businesses shut down for the night. Equally there is a trough at the dead of night when fewer people are up and about.

The graph shows how this electricity is generated at the moment. Nuclear power produces a relatively constant 7 GW of electricity. For context, 1 GW can power 700 000 homes for a year. It is shown as an orange block running along the bottom.  Nuclear power plants are best left running, and the operating costs are the same if the power is used or not. The contribution by wind, indicated in green, is a significant component. However wind and nuclear combined never meet the current electrical demand. The bulk of the balance is made up of gas- and coal-fired generation, with additional contributions from generators outside the UK via interconnector cables. These fossil fuel power stations can ramp up and down to meet the peaks and troughs in the demand. In the past there has been a comfortable 20% excess generation capacity available to meet the peaks and planned or unplanned power station shutdowns – in the event of a 2 GW nuclear power plant going off line, for example.

While this is a prudent decision, it is expensive and wasteful of fuel to have an over-capacity of generation sitting idle or fired up and ready to go. Added to this, the government has announced that all coal fired power stations will be decommissioned by 2025. Operators may decide to do it earlier than that, due to the cost of keeping these old power stations in an operable condition. We understand that the excess generation capacity held in reserve now sits at around 1%. This will drop to zero if production drops further, before the government can persuade reluctant investors to build gas fired power plants to make up the difference. The economics of providing electricity generation merely to cater for peaks is not that great, as the number of hours an asset is able to run and sell power is few relative to the cost of building it. As such the government has to intervene in the market and subsidise the construction of power plants only to leave them idle for most of the time.

The talk of only 1% spare capacity is based on the peak demand of electricity. Of course the other way of increasing the spare capacity is to reduce the peak demand, which may be a lot less expensive than building more power plants. The simplest way of doing this is to avoid using electricity at the peak times. Washing and drying machines are among the most energy intensive home appliances. Arguably the operation of them could be delayed to miss the evening peak.  Much work has been done about delaying the running of a domestic refrigerator to avoid times when the grid is stressed. Finally, many devices do have batteries and their charging might also be delayed to outside the peak time.

There are schemes for larger business users to switch off some of their equipment to reduce the rate at which the load on the grid changes and reduce the peak. For this, they are well paid.

It is worth noting that having more nuclear energy will not, in itself, deal with the issue. If the number of nuclear power plants is increased as envisaged in figure 2 to meet the average power consumption, then there is a shortfall some of the time and too much production at other times.

The illustration in figure 3 is based on a view of a 2035 scenario of energy generation against our current pattern of consumption. The green line of variable renewables, such as wind, illustrates the mismatch between the supply and demand.  There will be times when the supply from wind and nuclear exceed the demand and times when it isn’t enough. The shortfall could be met with fossil fuel generators. But we expect there will be a number of other options by this time. Add to this scenario the incentive to switch off equipment to reduce cost, and therefore demand, and the picture changes slightly but not enough. The storage of electricity is now becoming a holy grail with tech barons investing billions in various battery technologies. Work is being done with heat, water and air pressure to store electricity in another form of energy. The interconnection of power grids is also being improved, across continents and around the globe, to supply power on the basis that there will be excess renewable energy available somewhere in the world that can be exported.

From an economic point of view the cost of electricity at times of surplus will be very low, if not negative. At times of shortage the price will be high. The technological development of many of the electrical storage systems and long distance interconnectors is in its early days. While they are currently rather expensive there is every expectation that they will come down in cost, similar to the way solar panels have. As the electricity they make use of is cheap or free, we may find that this combination is less expensive than a back-up, gas-fired energy generator, and greener as well.

Currently only larger users can take advantage of electricity market price fluctuations, depending on the supply and demand. However one can see in the not too distant future, with the advent of Smart Meters, that consumers will be exposed to the benefit of this market. Appliances from Europe already have features that allow users or suppliers to determine at what time they run. Controlling the time-of-use of electricity will save you money, and carbon too. It won’t help you get home on the cheap after the pub has closed though.