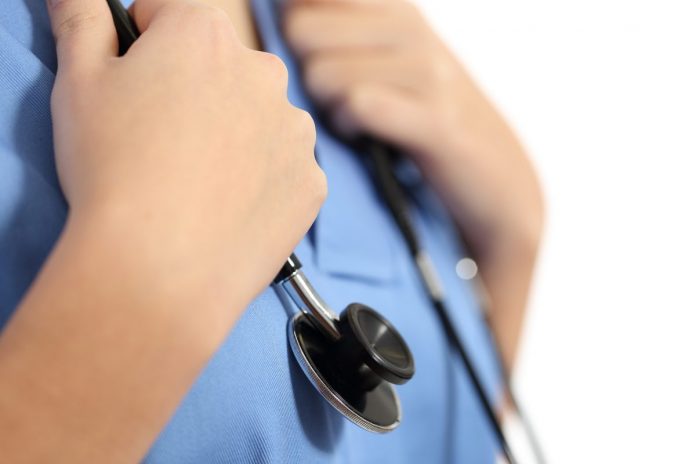 Jeremy Hunt has called for the NHS to cut its spending on agency workers, but what does this mean for the health service? Adjacent Digital Politics discusses the issue…

Agency workers are part and parcel of the health system. On any given shift there is likely to be an agency staff member among the contracted doctors, nurses, and healthcare workers. These staff members have a pivotal role to play in plugging staffing shortages in an overwrought health system.

However, there is no denying these services cost the NHS significantly. Health Secretary Jeremy Hunt said the annual bill for agency staff had risen from £1.8bn to a whopping £3.3bn over the past three years. During one shift, a doctor was reportedly paid £3,500 for his or her services. This is a staggering amount of money that could be used elsewhere, particularly during a time when the purse strings are tight.

Saving money is vital for the NHS over the next five years, as it has to deliver £22bn of efficiency savings. Agency charges of this magnitude are both a source of frustration for hospitals and also a drain on limited funding.

So what is Hunt proposing to tackle the issue of high agency bills?

In a move that will undoubtedly be welcomed by NHS management, new rules will be introduced that will place a cap on the maximum hourly rate that can be charged for stand in staff. Trusts will also be banned from using agencies that are not on an approved list.

Speaking of his plans, Hunt said: “Expensive staffing agencies are quite simply ripping off the NHS. It’s outrageous that taxpayers are being taken for a ride by companies charging up to £3,500 a shift for a doctor.

“The NHS is bigger than all of these companies, so we’ll use our bargaining power to drive down rates and beat them at their own game.”

Candace Imison, director of healthcare systems at the Nuffield Trust health thinktank, offered a warning. She said: “There’s no doubt that the rising agency bill is an issue for hospitals up and down the country.

“But a cap on individual hospital trusts’ agency staff spending could put them between a rock and a hard place if they cannot meet minimum safe staffing levels without these workers.”

The use of agency staffing is not something new. It was endemic in 2004, when I was working in the NHS, and judging by the figures nothing much has changed over the last decade. However, increased reliance on agency staff highlights a major systemic issue. Clearly, the NHS is lacking the necessary resources to provide the correct level of care, and this is concerning.

What is also worrying is these agency bills were substantial three years ago when the Conservatives were in coalition with the Liberal Democrats. Why has this bill been allowed to grow to as high as it is and why is it only being addressed now?

Staffing levels are undoubtedly a continual problem in the NHS. Some trusts said they had as many as 25 per cent fewer nurses than the number they require to deliver safe, quality care. How can healthcare staff be expected to do their job if they do not have the manpower, and what other choice is there than to rely on agency staff to make up the numbers?

While it is undoubtedly important to reduce agency costs (there is no denying that bill needs to be slashed) one has to wonder if the focus is in the wrong place. Discerning why there are such big shortfalls should be number one priority on Hunt’s to-do list, followed by how to fix it. The problem is the shortage of healthcare staff was caused, in part, by the government. Almost 6,000 nurses were lost after the 2010 election during the process of austerity, and things do not seem to have improved.

In April this year, the Nursing and Midwifery Council reported one in four nurses were recruited from abroad in a bid to meet staffing demands. Furthermore, the demand for nursing training schemes far outweighed the number of places.

Dr Peter Carter, chief executive of the Royal College of Nursing, said: “Patient safety must always come first, so any plans for a cap on spending must ensure that it does not prevent trusts from providing safe staffing levels when there are no alternatives.”

He added that reducing nurse training places was a “reckless and short-sighted” attempt to save money.

Andy Burnham, the shadow home secretary, was also critical. He said: “Jeremy Hunt is trying to pull the wool over people’s eyes by acting as if the £3.3bn agency bill is a problem he has suddenly discovered,” he said.

“The decision to cut 6,000 nursing posts in the early years of the last parliament, alongside big reductions in nurse training places, has left the NHS in the grip of private staffing agencies.”

Which brings us back to the initial problem. While capping agency staff may save money it doesn’t solve the chronic staffing problems facing the NHS. Tackling this will undoubtedly be a major headache for Hunt, and indeed for the NHS, which is now facing the possibilty of reduced staffing levels curbed by these caps.

A recruitment drive of healthworkers in this country is undoubtedly what is needed to lower the amount spent on agency staff. However, if the government did do this it would not be a quick process. Healthcare staff are highly trained, and this training can take many years to complete.

Quite simply poor planning by the government while it was in coalition with the Lib Dems means the NHS does not have the people it needs to perform to the standards it should do. As a result things are only going to get worse. The increased bill for agency staff over the last three years highlights how desperate the situation is and how much pressure the NHS is under to meet necessary staffing levels.