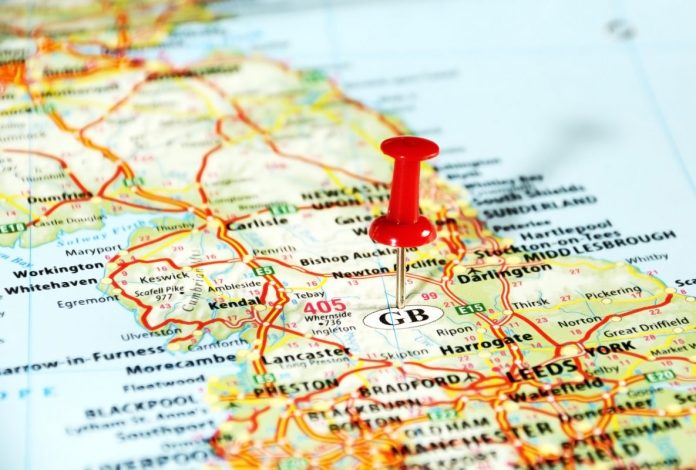 In George Osborne’s first post-election speech, he is set to discuss the issue of devolution in England’s cities. Adjacent Digital Politics examines what it means for local authorities and if it is really needed.

The issue of English devolution is one that was stirred up during the referendum for Scottish independence. Devolution is not about breaking up the union, as some have claimed, but rather about giving local institutions the ability to manage local affairs. For Scotland (and indeed Wales), this makes sense. They already have their own governments and they manage much of their own governance.

Under promises made by the government during the last parliament Scotland and Wales are set to gain greater devolution powers, but the scope and scale of these powers may only scratch the surface of what both nations want. How devolution will develop in the future remains to be seen, but their push for it opened up the debate in England.

But what could English devolution mean for the country and with the current set up is it even possible?

Part of the issue with how the current set up works is that other MPs from the Union are able to vote on English laws, but the same is not true in reverse. Furthermore, Scotland, Wales, and Northern Ireland are unhappy over the Barnett formula, which calculates how much funding the devolved nations receive based on how much funding England gets. The system, undoubtedly, needs reforming—and successive government’s have tried to come up with alternatives over the years—but how best to do so is a question without a clear cut answer.

The idea of English devolution was gaining ground before the election, and it looks as if it is an idea that will continue to gain ground under the new government as well. Greater Manchester has already made inroads into devolution. The region is set to elect a mayor in two years time, who will have responsibility for areas such as housing, transport, planning, and policy.

Chancellor George Osborne has championed the idea of creating a northern powerhouse to rival London. During the last parliament he looked at improving transport links in the north to increase the economic opportunities for the region. In a bid to show support, he pledged an additional £18bn funding for the north by 2030. After less than a week back in power under a majority Conservative government he is now set to outline more devolution plans.

Speaking in Manchester, the Chancellor is expected to say the model of running everything from London is “broken”. Furthermore, it creates an imbalance in the economy. He will also discuss that it makes “people feel remote from the decisions that affect their lives”.

Devolution plans would give cities who elect their own mayor control of transport, housing, skills, and healthcare in the local area. The Conservatives, who tend to dislike micromanaging, will give cities the choice of whether or not to take up the offer.

In Greater Manchester, the region’s 10 local authorities agreed to undertake a mayoral election. The mayor will lead the Greater Manchester Combined Authority, chair its meetings, and allocate responsibilities to a cabinet made up of the leaders of the 10 councils. The deal will see an additional £2bn added to around £5bn of public money.

He said: “These decisions – about Hull, and about Manchester, and about Leeds, and about Newcastle, and about Birmingham – should be made by the people of those great cities, who know and love their area, rather than having to troop up to London and plead for crumbs from the table.

“That is absolutely the right approach and that’s exactly what we’re doing. So rather than it being a new layer of government, what it’s doing is taking from central government and putting it in the hands of local people.”

However, as keen as the government might be to install city mayors, it is likely the electorate may not be onboard. Previous votes in cities in 2012 saw the idea rejected. Critics also warned cities ruled under a mayor set a dangerous precedent that gave one person a significant amount of power. Whether this method of devolution will be successful remains to be seen, but if it does well it could be the future for England’s cities. Unfortunately, the answer to that question will remain unknown until some time after 2017.

In reality, the level of devolution that could be gained outside of the capital is probably fairly limited. The chances of England gaining its own parliament is said to be slim, and for good reason. Critics have warned it would create more bureaucracy, and that it is unnecessary to install another layer of governance. Furthermore, some think implementing an English parliament could lead to an increased number of southern Conservatives in Westminster. Whether or not that would be the case is unclear, but it certainly has some people concerned.

However, combined authorities of local councils is something that is likely to see growth. Reducing the amount of administration, staff, and costs by pooling resources is an attractive prospect for local authorities facing more cuts after bruising austerity measures during the last government. It is also something that many councils have already implemented in one form or another.

It certainly makes sense for local regions to have more devolution and greater power, after all local authorities are in the trenches; they know their area better than Westminster and they know what is needed. However, depending how devolution is enacted there is a danger of creating more red tape, waste, and potentially disempowering local councils, if fears about city mayors are to be believed. It is, therefore, important any devolution is decided by the local region it impacts.

In reality, full devolution in England on the scale of Scotland or even Wales is unlikely to happen. It is also unlikely to spell the end of Westminster. There are certain elements of policy that need to be maintained by a central government to keep the UK safe. A central administration would have to retain control of areas that impact the entire union such as defence and foreign affairs, for example. Failure to do so could lead to fractured governance.

However, enabling councils to come together to improve efficiency and to manage regional affairs can only be a good thing in the long term. Devolution is without a doubt a step in the right direction and will enable local authorities to target areas that are important to their residents.