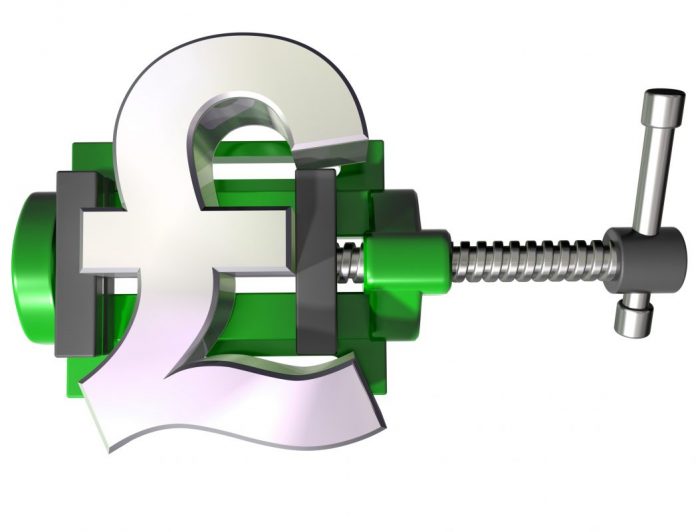 After five years of cutting services to the bone it is frankly astounding there is anything left to cut. However, yesterday Chancellor George Osborne called upon Whitehall departments to begin the process looking into where additional cuts can be made.

The chancellor is looking for a further £13bn worth of cuts, with the aim of announcing these savings by July, in time for his summer budget. As a result his new Chief Secretary to the Treasury Greg Hands has called on departments to look at ways of saving money on their 2015-16 plans.

Osborne said it was important to act now, stating: “When it comes to saving money, we all know that the more you can do early, the smoother the ride.

“And without fixing the public finances so our country lives within its means, there can be no economic security for businesses or working people.”

During the election process, the Conservatives made it clear in their manifesto they would look at a three-pronged approach to reducing the deficit during this parliament. This would include £13bn cuts to departmental spending, £12bn of welfare cuts, and £5bn extra revenue collected from cracking down on tax avoidance.

Osborne said the cuts would be manageable as many Whitehall departments underspent their budgets in previous years. Hands asked them to find ways of doing so this year.

Savings are expected to be found in the day-to-day administration costs, rather than from capital projects. However, individual departments will need to decide where these savings come from.

Osborne had warned Whitehall departments that savings would be pushed for in the event of a Tory win. Savings were expected to be made by 2017-18. However, departments that have already identified viable cuts will be pressured into bringing them forward.

According to the Institute for Fiscal Studies, the spending squeeze, which is expected to end by 2017-18, will see the budgets of unprotected Whitehall departments cut by a third once inflation is taken into account. Some of the departments that fall under this include justice, transport, and the Home Office.

Criticism has been levelled at Osborne’s plans because of what these cuts could mean for services such as policing, prisons, the armed forces, and the courts. Pay freezes and jobs cuts are expected to form part of the austerity process. Osborne said his plans would move the UK economy into surplus by 2018-19.

It is also expected the chancellor will use the July budget to finally outline his plans to shave money from welfare funding. During the election campaign the Conservatives remained tight-lipped about where £12bn of cuts would come from, but it is expected austerity plans will impact child benefits and disability allowances.

The Treasury also said it planned to look into areas that showed weakness, such as transport, broadband, planning, skills, ownership, childcare, red-tape, science, and innovation.

In 2008, the global recession saw productivity across the UK fall significantly. Osborne said he did not know why Britain’s record had been so poor, but said he would rather face “the productivity challenge than the challenge of mass unemployment”.

He said: “Let me be clear: improving the productivity of our country is the route to raising standards of living for everyone in this country.

“So by the budget, I will publish our productivity plan, our plan to make Britain work better. Our future prosperity depends on it.”

While some departments may be able to cut their budgets, it remains the case that austerity will undoubtedly have an impact on services. It may be important to reduce the deficit, but will it be another case of cutting too much, too quickly at the risk of damaging public services? In particular there should be concern for unprotected Whitehall departments. These could run into major difficulties if areas such as the police service are forced to cut back staffing levels further.

The major concern is what July’s budget will mean for welfare. Low income families are already struggling to keep themselves afloat, with food banks on the rise and personal household debt continuing to grow. More cuts to funds designed to help this group could have a detrimental knock-on effect in the future.