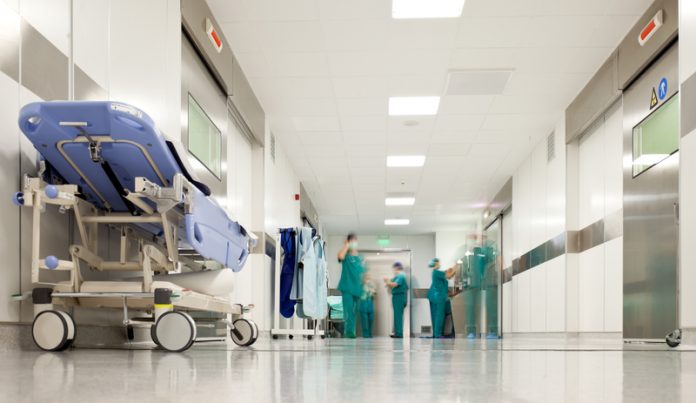 Professor Alan Johnson, Head of the Department of Healthcare-Associated Infection and Antimicrobial Resistance at Public Health England, explains to Editor Laura Evans about healthcare association infections and how they link to antibiotic resistance

Healthcare-Associated Infections (HCAIs) are infections that are contracted within healthcare settings, such as hospitals and care homes. They are often acquired as a result of healthcare interventions, such as surgery. NICE estimates that in England, around 300,000 patients a year acquire a HCAI as a result of care within the NHS. The most common types of HCAI are said to be respiratory infections (including pneumonia), urinary tract infections, and surgical site infections.

As part of work to reduce HCAIs, Public Health England (PHE) runs a number of surveillance programmes that monitor the number of infections that occur in healthcare settings, along with working with hospitals to improve their infection prevention and control measures. In the first of two interviews, Professor Alan Johnson, Head of the Department of Healthcare-Associated Infection and Antimicrobial Resistance at PHE, tells AG Editor Laura Evans how much of a problem HCAIs are in the UK and how PHE are helping to prevent and reduce them.

How are HCAIs contracted? And what are the risks?

Essentially HCAIs are infections that patients contract when they come into a healthcare setting. Most healthy people don’t get many infections, the reason being that the human body has a natural barrier to infection – the skin – and most microorganisms, with a small number of exceptions, can’t actually get through intact skin. However, when you breach the skin, for example by having surgery, bacteria can get through and enter the body to cause infection. Hence, invasive medical procedures, such as surgery or insertion of catheters into blood vessels beneath the skin, increase the risk of infection.

How much of a problem are HCAIs in healthcare environments in England?

HCAIs occur in hospitals around the world; they are not unique to the UK. In England we have a good track record of reducing HACIs – one particular example of bacteria contracted in hospitals is MRSA. During the 1990s in England the number of MRSA cases dramatically increased; one reason we identified for this increase was inadequate infection prevention and control in hospitals.

In 2001 the government made reducing cases of MRSA and other HCAIs a national priority. Indeed, in 2006 John Reid, the then Secretary of State for Health, set hospitals a target of halving their MRSA blood stream infection rates over 3 years. Although many people thought it was unachievable at the time, the strategy was successful with a dramatic reduction in MRSA cases acquired in hospitals. During the mid-2000s through to the present time we have seen a remarkable response from NHS hospitals in work to combat HCAIs; over the last 10 years there has been around a 90% reduction in MRSA infections. This reduction reflects both HCAIs becoming a national priority, the government making the surveillance of MRSA mandatory and many individual hospitals making reductions in MRSA and other HCAIs a top priority (this includes ensuring enough resource and staff to take forward work).

How does PHE monitor and work to prevent HCAIs?

When a patient gets an infection in hospital, samples from the site of infection in the patient (for example blood, urine, sputum, wound swabs etc.) will be sent to the hospital microbiology laboratory, which will try and diagnose the exact cause of the infection and assess whether it is resistant to antibiotics.

The results of these diagnostic tests are then collected and analysed by PHE as part of our national surveillance programme for HCAIs. This involves holding all the data centrally on a national database and monitoring the numbers of different types of infections we are seeing. We also look at the degree of antibiotic resistance seen in the different types of bacteria that are causing the infections. This work allows us to identify any trends in infections, such as any sharp increases, and take action to prevent further cases.

It is essential that we use our surveillance and feedback findings to our colleagues in the NHS so they can take action.

PHE has a web-based online tool called ‘Fingertips’ that allows access to a data for a range of public health indicators. Launched in April 2016, Fingertips brings together data on different types of HCAIs and levels of antibiotic resistance, as well as data on levels on antibiotic prescribing. The data is available at the level of individual hospitals, Clinical Commissioning Groups (CCGs) or GP practices and is publically accessible.

Monitoring the levels of prescribing of antibiotics in different healthcare settings is a relatively new initiative by PHE. Making this information available to hospitals, CCGs, GP practices and the public, can help prescribers take action, such as look for safe ways to reduce inappropriate antibiotic prescribing, if their rate of prescribing is particularly high compared to others.

Data on Fingertips can be viewed in various accessible formats including tables, graphs and maps.

Do you think enough is being done in hospitals to ensure infection control is being managed properly?

There is a huge amount of work that must continue to take place to maintain and improve infection prevention and control. One reason for this is the increase we are currently seeing in antibiotic resistance. Preventing infections occurring in the first place means that less antibiotics will need to be prescribed to treat them, which can in turn reduce the risk of antibiotic resistance emerging and spreading.

All hospitals must have high standards of infection prevention and control; the legislation for the NHS indicates that hospitals should be doing their utmost to minimise harm to patients through hospital-acquired infections. PHE works closely with hospitals across the country assisting them in preventing infections and providing expert guidance and support.

In the next edition of AG, Professor Alan Johnson will discuss antibiotic resistance and infection prevention and control.

Head of the Department of Healthcare-Associated Infection and Antimicrobial Resistance