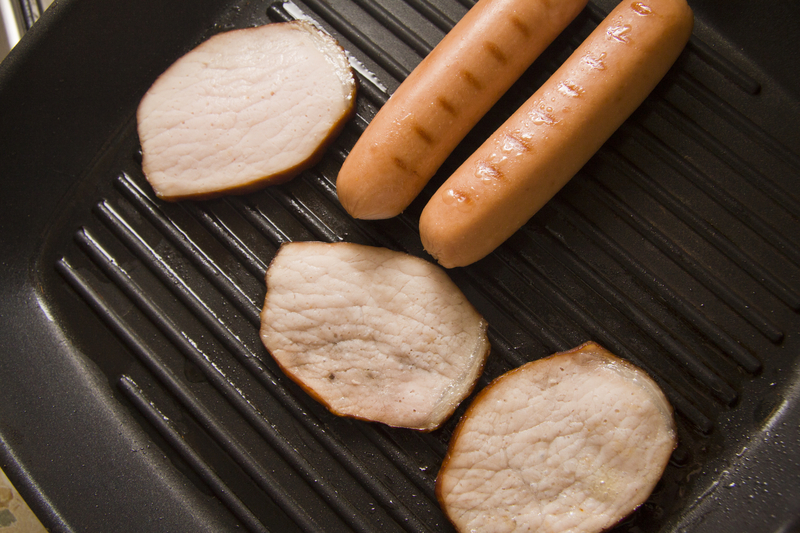 A new report published by the World Health Organization has classified processed meat as carcinogenic to humans.

To the discerning meat eater there is nothing better than a bacon or sausage butty to start the day. However, a new report released today will classify these types of processed meats as dangerous, placing them in the same category as cigarettes, arsenic, and asbestos.

Bacon, ham, and sausages are among the meats included in this report from the World Health Organization (WHO), but fresh red meat does not come off well either, as it is deemed to be “probably carcinogenic”.

The WHO said 50g of processed meat a day saw the chances of developing colorectal cancer increase by 18 per cent.

The news is not the first time meat has come under fire. The links between cancer and eating red meat has been brought up repeatedly over the years, with the World Cancer Research Fund warning there is “strong evidence” that eating lots of it can lead to bowel cancer. It is thought the organic pigment in red meat known as haem may damage the lining of the bowel.

Additionally, researchers believe meat that has been smoked, cured or salted can also increase the chances of developing cancer.

Despite these warnings the report notes the findings do not mean people who eat a lot of processed meat are as likely to develop bowel cancer as those who smoke are to get lung cancer. However, it warns people should limit the amount of processed and red meat they eat.

Sarah Williams, of Cancer Research UK said: “The announcement  from the WHO deals with how certain we can be – so it’s how strong the evidence is, rather than how big a risk red and processed meat might pose.

“Certainly Cancer Research UK’s opinion is that eating red and processed meat isn’t anywhere near as risky as smoking.”

Dr Kurt Straif, of the WHO said: “For an individual, the risk of developing colorectal (bowel) cancer because of their consumption of processed meat remains small, but this risk increases with the amount of meat consumed.”

The news will undoubtedly be a blow for the farming sector, which has already faced numerous struggles in the past few months over the price of produce. The National Farmers’ Union said people should moderate the amount of red meat in a balanced diet and warned against “polarising” health advice.