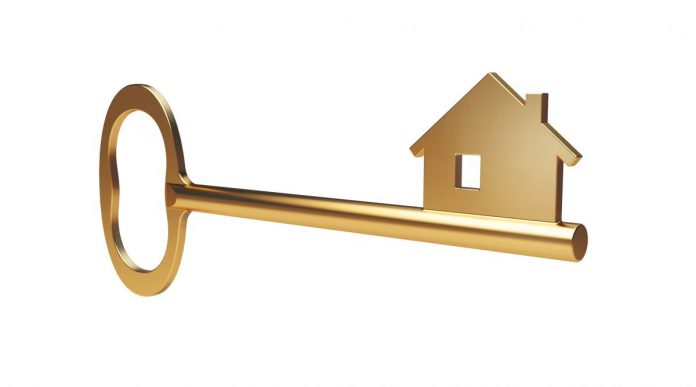 There has been a lot of hand wringing and mud slinging over the issue of Right to Buy. For better or worse, the system allows council tenants to purchase their local authority-owned home at discounted rate.

The issue was reinvigorated earlier this week when the government announced the scheme would also extend to housing association tenants. Again, old arguments about a lack of social housing provision for future generations and the injustice of giving low income residents a leg-up have been brought to the forefront.

But is Right to Buy really a bad idea?

Introduced during the Thatcher government in the 1980s, Right to Buy has seen around 2.5 million council tenants across the UK buy their home at discount rates. Sales dipped in 2009-10 to a meagre 3,179, but picked up to 15,000 in 2013-14 after discounts were increased.

The scheme has always been controversial, and it promises to be just as contentious under Cameron’s government. However, is the point of the scheme being missed or was it just an attempt to gain votes for the Conservatives among a group that traditionally does not support them?

Among all the pros and cons of Right to Buy it is worth noting the scheme enables people with the lowest incomes in England the chance to own their own property. Indeed, from that perspective it is difficult to see the issue with Right to Buy. How can a scheme that improves people’s lives be a bad thing?

As wonderful as it might be for social mobility, Right to Buy is undoubtedly problematic in other areas. For a start, it seems to outrage members of society who have had to struggle to buy their own property with no assistance. The government is attempting to combat this through a new ISA scheme that gives first-time buyers tops up savings to help purchase their property, although this scheme comes with its own issues.

Additionally, there are major concerns that selling off publicly-owned housing stock leaves the system depleted. In fact, the scheme has already been rejected by the Scottish and the Welsh government for this reason.

The extension of the scheme would increase the number of tenants eligible in England to buy their home by 1.3 million. It is also estimated that around 500,000 are already able to take advantage of discounts.

So how does Right to Buy work?

The scheme enables tenants who have lived in their property for over three years to receive a discount on the sale value. Discounts start at 35 per cent on a house and 50 per cent on a flat. The maximum discount available is 70 per cent, although this is capped at £103,900 in the capital and £77,900 elsewhere.

A major gripe with the scheme is that under the Housing Bill, local councils will be forced to sell off their most valuable council homes when they become vacant. Councils would then have to replace these properties with new builds using the money raised. Any surplus would be used to fund Right to Buy, with the government making up the difference.

Perhaps unsurprisingly, the government has not yet disclosed what the policy would cost the taxpayer. However, promises have been given to housing associations that the discount would be refunded.

The National Housing Federation (NHF) said if all tenants who could afford to buy did so the cost to the taxpayer could total £11.2bn. Given the promise of austerity from the Chancellor George Osborne, it is easy understand why this policy causes such contention. The cost is not a small figure, and that money could be used elsewhere—councils would certainly benefit from additional assistance to boost social care or education. It is not as if council or social housing tenants are homeless so really what is the point of the scheme, particularly when you consider the Institute for Fiscal Studies warned it “would worsen the UK’s underlying public finance position.”

One of the main arguments for the scheme is that new houses will replace those sold off. However, history tells us that is not what happens. Since 2012, only 46 per cent of homes sold off have been replaced with new properties. Local authorities said this was because of land shortages.

In fact, the impact of Right to Buy on local authorities cannot be dismissed quite as easily as the government would like. Speaking earlier this week to the Gloucester Echo, Cheltenham’s Councillor Peter Jeffries said Right to Buy had decimated the public housing stock in his area due to issues building replacement properties.

According to the Councillor, only 14 new homes were built last year, and provision continues to drop.

He said: “We used to have 11,000 homes in Cheltenham and now we have 4,000. The structural issues in the housing market about supply is the first and only thing the government should be considering.

“This new policy can only have a detrimental effect. We can’t replace that many lost properties. The government isn’t putting measures in the hands of local authorities to build.

“They are sweating our assets for their national policy.”

Furthermore, it is worth noting the scheme will do very little to solve the housing shortage. In some cases it could actually cause significant problems.

Discussing the policy earlier this week, Henry Gregg, assistant director at the National Housing Federation, said: “An extension to the Right to Buy would mean that housing associations are working to keep pace with replacements rather than building homes for the millions stuck on waiting lists.

“At a time when we need to be increasing the overall amount of social housing, it is like trying to fill a bathtub with the plug taken out.

“What’s more, forcing housing associations to sell off their properties under the Right to Buy sets an extremely dangerous precedent of government interference in independent businesses.

“We fully support the aspiration of home ownership, but this policy does nothing for the 11 million private renters and three million adult children living at home with their parents.

“If there is £22.5 billion of public money available for housing, we should use it to build homes the next generation needs, not just gift it lucky few already housed in housing association homes.”

The sentiment was also shared by Deputy Chief Executive of the Chartered Institute of Housing Gavin Smart, who warned this scheme could make things significantly worse. He said: “Extending right to buy to housing associations is not going to tackle the housing crisis – in fact it could make things worse for people on lower incomes who are already struggling to access a decent home at a price they can afford.

“It would have a huge impact both on housing associations and on local authorities, as councils would have to sell off their most valuable homes to fund replacements.

“Our concern is that in practice it would result in the loss of vital social and affordable homes. The government says each home sold would be replaced on a one-for-one basis – but we know this is not happening under the current scheme.

“Our research has shown that most local authorities only expect to be able to replace half or fewer of the homes they sell under right to buy.

“And government figures show that between April 2012 and last September councils started or acquired 2,298 homes using right to buy receipts – just one for every 11 sold.

“The government says that replacements for both housing association and council homes sold under the extended scheme would be built in the same area, but this will be heavily dependent on land availability and will therefore be extremely challenging in some inner city and also rural areas.

“The best way of helping people on lower incomes into home ownership is by increasing the supply of affordable housing.

“CIH is ready to work with the government on the solutions that could make a real difference, for example investing in shared ownership and supporting local authorities on land and asset management to deliver more homes.”

Taking into consideration all the pros and cons of the scheme it is difficult to understand why the government wants to push Right to Buy forward. On the surface it might sound like a positive initiative, but in reality it will make things worse for upcoming generations who may need to use social housing. However, as the government is determined to press ahead with the scheme only time will tell what the full impact of Right to Buy will be.