Judith Shapiro, Policy and Communications Manager at The Carbon Capture and Storage Association (CCSA) asks whether the government will consider CCS in the 2015 Energy Bill

When this publication last looked at CCS, the new Conservative majority government had just been elected. In the months since this government has been in power, changes have taken place in some industries, whereas in others – things remain the same. For CCS, we are drawing ever closer to the decision point for the projects in the competition – the first key date to watch out for is the 25th of November when the Chancellor will publish the Spending Review 2015. In this Spending Review, all government spending will be scrutinised, which means the £1bn allocated to the CCS competition could be in danger. So all efforts are focussed on making sure the government retains this £1bn which will be essential to ensuring that both CCS competition projects can be built.

Whilst we wait for the 25th November, it is worth turning our attention to the current Energy Bill 2015, which has just completed its passage through the House of Lords. The main purpose of this Bill is to introduce the primary legislation for the new Oil and Gas Authority (OGA). The OGA was established in 2014 in response to the Wood Review which looked into actions to maximise economic recovery of oil and gas in the UK Continental Shelf. The OGA will essentially be the regulator for onshore and offshore oil and gas operations in the UK – however, what is perhaps less known is that the OGA will also have a regulatory and technical advisory role for CCS. There are obvious synergies between oil and gas and CCS such as the re-use of infrastructure, combining CCS with Enhanced Oil Recovery and using the existing skills and expertise of our world-class oil and gas industry for CCS. However, despite these synergies, the original Energy Bill contained almost nothing on CCS. The Bill has now been through first reading in the Commons, and the government has put forward a number of positive amendments regarding CCS, and it remains to be seen whether the Commons will develop CCS further within the Bill.

Earlier this year, the CCSA published a report on “Delivering CCS – Essential infrastructure for a competitive, low-carbon economy” 1. In this report, we set out the 3 key actions that would enable the UK government to deliver cost-competitive CCS in the 2020s:

It is absolutely critical that the UK delivers 2 projects in the CCS competition – this will lay the foundations for a UK CCS industry and develop essential infrastructure to decarbonise both power and industrial emitters during the 2020s. Failure to deliver 2 projects will seriously damage the development of CCS in the UK, setting the industry back by a decade or more.

We urgently need to implement the framework that will enable the second phase of CCS to be developed – in both the power and industrial sectors. This second phase will be vital if the UK wishes to have cost-competitive CCS in the 2020s. Importantly, the second phase of CCS must be developed in parallel to the two competition projects – we cannot afford to wait until the first 2 projects have been operating for a few years, as this would mean that second phase projects may not be operational until the back end of the 2020s, preventing the UK from developing a CCS industry at scale by 2030. This would have serious impacts on the ability of the UK to meet its climate change objectives at least cost.

To ensure sufficient storage capacity is available to support the deployment of CCS during the 2020s, there is a need for additional funding of around £100m to bring forward fully appraised and bankable storage sites. Investing in storage appraisal will provide the necessary confidence to power and industrial emitters looking to develop CCS that storage capacity will be available when necessary.

It will be interesting to see if and how the UK takes forward these actions. The Energy Bill is due it’s second reading in the Commons soon, and the onus is now on industry and government to work together to ensure the Bill can make a meaningful contribution to delivering a thriving CCS industry in the next decade.

The Carbon Capture and Storage Association

How the energy sector can contribute to Europe’s economic recovery 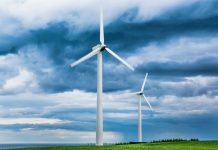 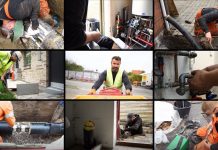 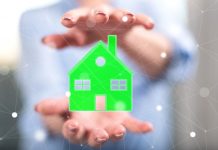 The role of heat networks in net zero delivery