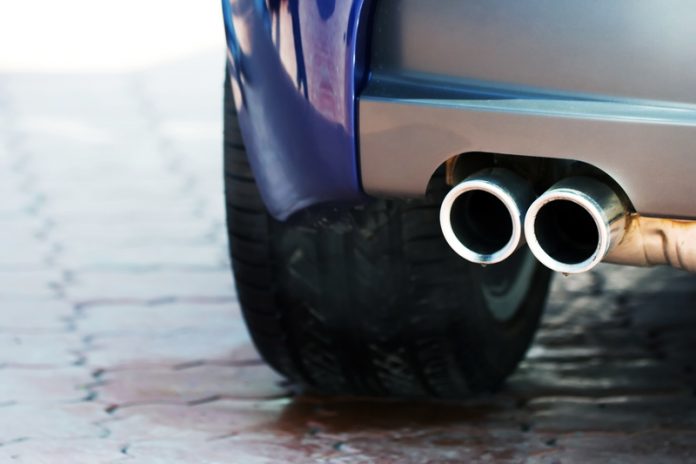 Copper substituted zeolites are considered prime candidates as catalysts for reducing NOx emissions from exhaust fumes. Until recently, the mechanism by which they work has not been fully understood, but researchers from DTU Chemistry believe they may have finally found the answer.

Stricter laws regarding emission requirements for exhaust gases are being introduced in many countries around the world as concern for the environment increases. Reducing NOX emissions from the exhausts of diesel engines and power plants is an important part of this, which can be achieved through the selective catalytic reduction of NO to N2 by ammonia, NH3. Copper substituted zeolites have been shown to be effective catalysts for this reaction. Especially copper chabazite, which has been proven to be particularly useful for application in diesel engines, due to a high catalytic activity and resistance to the harsh conditions in the exhaust after treatment system.

These catalysts will no doubt see widespread use in the future, although a problem facing scientists studying them has been to understand the reactant mechanisms by which the catalysis occurs. Suggestions have been put forward and all have had shortcomings, but Associate Professor Susanne Mossin from DTU Chemistry believes that she, collaborators at Haldor Topsoe A/S and the University of Turin have now solved the conundrum.

“I could see that the suggestions put forward for the mechanism did not seem right,” she explains. “I tend to approach these challenges from an inorganic chemistry perspective, so in the end, rather than try and find fault in these suggestions, we tried to come up with a solution working from the very beginning, writing down all the possible reactions that could take place between the molecules involved. After working on it for a while, everything suddenly fell into place and I could see straight away that we had something promising.”

According to the scheme, which was recently published in the journal ACS Catalysis, the reaction can be very simply divided into a reduction of the catalyst by NO + NH3 and an oxidation either by NO + O2 or by NO2. N2 and water are produced in both the oxidation and reduction steps. Together these constitute a complete catalytic cycle. Every step of the cycle uses only stable molecules known to be present in the system, eliminating the issues of charged or “half molecules” present in other suggestions.

Since finding a solution to the catalytic cycle, Susanne Mossin, and her PhD student Anita Godiksen have been performing in situ EPR spectroscopy to back up their work.

“Catalysts do not enter their active state until you expose the catalyst system to the conditions of the reaction,” says Susanne Mossin.

“It is therefore not good enough to investigate these materials with ex situ methods – you need to look at them under in situ or operando conditions.”

EPR spectroscopy is undemanding instrument-wise compared to other advanced spectroscopic methods, making it particularly suited for in situ and operando investigations for systems containing EPR active species such as copper ions. The relevant copper species have a distinct spectroscopic fingerprint that can be used to follow the distribution of species under elevated temperatures and under relevant reaction conditions. The information gained is complementary to the information gained from other methods. Collaborators from the University of Turin have provided extra experimental evidence on the catalytic cycle in the form of in situ X-ray absorption spectroscopy and Fourier transform infrared spectroscopy.

With the framework for the catalysis mechanism now in place, Susanne Mossin will spend the remainder of the three year project confirming the individual steps, investigating differences between the different types of active sites, as well as looking for the mechanism of deactivation when the catalyst is exposed to high temperatures and traces of impurity gasses.

“Knowing what makes a catalyst work and what stops it working is useful,” she explains.  “Catalysts must be designed to fit specific criteria such as lifespan and stability. The more knowledge you have about how they work, the more you can tweak them to work more efficiently under certain conditions.”

The catalytic cycle. For the first time a chemically consistent reaction cycle is suggested for the environmentally important selective catalytic reduction (SCR) reaction for removal of harmful NO and NO2 from exhaust gases.