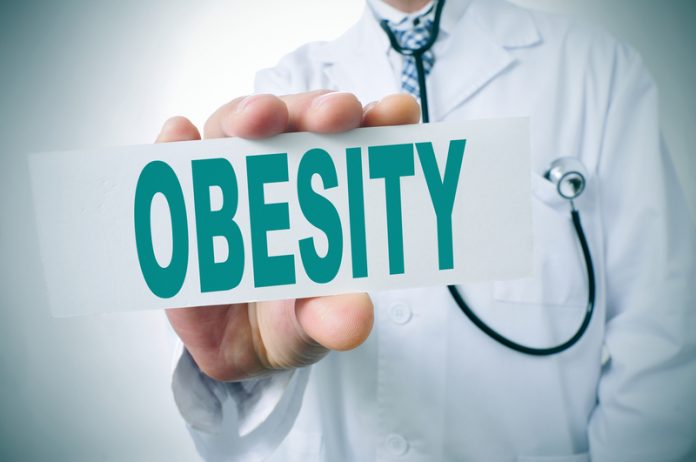 Of the six WHO regions, the European Region is the most severely affected by non-communicable diseases (NCDs): collectively, cardiovascular disease, diabetes, cancer, and respiratory diseases account for 77% of the burden of disease and almost 86% of premature mortality.

Excess body weight is known to be one of the leading risk factors for many of these diseases, responsible for approximately 35% of ischaemic heart disease, 55% of hypertension and around 80% of type 2 diabetes. It is also associated with increased all-cause mortality. In 2013, overweight and obesity (body mass index >25 kg/m2) was cited as the third most important risk factor for disease worldwide and around 4.4 million deaths and 134 million disability adjusted life years are directly attributable to excess body weight.

Furthermore, there are additional worrying trends in childhood obesity. Data from the WHO European Childhood Obesity Surveillance Initiative show that, on average in the participating countries, one in every three children aged 6–9 years is overweight or obese.

According to latest projections developed by the World Health Organization Regional Office for Europe and the UK Health Forum, by 2030 the majority of countries in the European region are estimated to have an overweight and obesity prevalence of more than 50%. This means that more than half of all adults will be at an increased risk of disease and disability, placing immense economic strain on health systems and wider society. Few countries in the region will see stable or decreasing overweight and obesity rates, with no evidence of a plateau in adult obesity in most countries. In fact, a wide cross section of countries appears to likely see a rise in their proportions of overweight and obese adults.

The latest projections look at data from all 53 countries of the WHO European region, and compare the proportions of overweight (body mass index [BMI] over 25kg/m2) and obesity (BMI over 30 kg/m2) for both males and females in 2010 with projected 2030 levels where the quality of the projections depends on the availability and quality of national level data. The data highlights a serious problem for many countries, and are also similar to previous estimates produced by the WHO using different methodologies.

Factors underlying these trends include an energy imbalance resulting from increased consumption of highly processed, energy-dense foods high in saturated fats, free sugars, and sugar-sweetened beverages. These foods have become more widely available and affordable, they also tend to include high amounts of salt and trans fatty acids, as well as a marked increase in average portion sizes. They are also heavily promoted. Simultaneously, Europe has observed a decrease in levels of physical activity across all age groups, with a steep drop off among older children and adolescents (particularly among girls), continuing into adulthood. Poor maternal nutrition (e.g. excess body weight before, during and after pregnancy), inadequate breastfeeding practices and inappropriate complementary feeding are also playing a role.

In the face of such alarming figures, governments from across the world have demonstrated a renewed commitment to tackle obesity. In 2012, ministers of health from across the world endorsed a global target to halt the rise in obesity levels by 2025. In doing so, they recognised that much greater efforts will be needed to develop and implement effective obesity prevention policies and interventions if they expect to successfully halt the rise in obesity prevalence in 10 years’ time.

With the unanimous adoption by European governments of the WHO European Food and Nutrition Action Plan 2015-2020 and the Physical Activity Strategy for the WHO European Region, European Member States have taken a further decisive step towards action. The Action Plan and Strategy call for a wide range of policies to help people from all backgrounds eat more balanced diets, maintain a healthy bodyweight and be more physically active.

Governments can contribute to improving the diets of their population through changes to the wider environments and contexts in which we make our daily food and activity choices; such policies will influence the ways in which foods are promoted, their availability in different settings, and – in some circumstances – their affordability. Further, in altering the physical environments in which we live, it is possible to encourage physical activity as part of everyday life through active transport (e.g commuting by bicycle, walking) and increased leisure time activity.

Specific policy options highlighted in the European Food and Nutrition Action Plan 2015-2020, include stronger restrictions on the marketing of foods high in saturated fat, free sugars and salt to children, the promotion of clear and easy-to-understand labelling on the front of food packages, improvements to the nutritional composition of food products (through reformulation, calorie and portion size reductions), and strict standards for the nutritional quality of foods available in schools. Increasingly convincing evidence continues to emerge suggesting that a combination of effective food policies is required to address unhealthy diets and obesity, with no silver bullets.

Priority policies in the Physical Activity Strategy for the WHO European Region 2016-2025, include the adoption of national guidelines on physical activity for health in line with WHO guidelines; national and subnational urban planning and transport policies to ensure supportive infrastructure for active transport (e.g. through cycle paths, safe pavements and pedestrian zones in urban areas); and, the creation and preservation of built and natural environments to support physical activity, including through “green” and “blue” spaces which encourage active recreation (i.e. free outdoor sport infrastructures, clean beaches, woodland areas etc.) Furthermore, in order to encourage healthy physical activity habits early in life, improved provision of quality physical education in educational settings is needed (from infant years to tertiary level) including opportunities for physical activity before, during and after the formal school day.

The WHO regional office for Europe continues to work with countries to support the implementation of the policies and interventions identified in these two documents. It is hoped, and expected, that full implementation will go a long way to addressing the challenge of obesity. Close monitoring of the situation will be necessary to identify the trends and progress. However, with time, we should start to see the tide turn on obesity.

World Health Organization Regional Office for Europe. The use of price policies to promote healthier diets.

Division of Noncommunicable Diseases and Life-course

WHO Regional Office for Europe