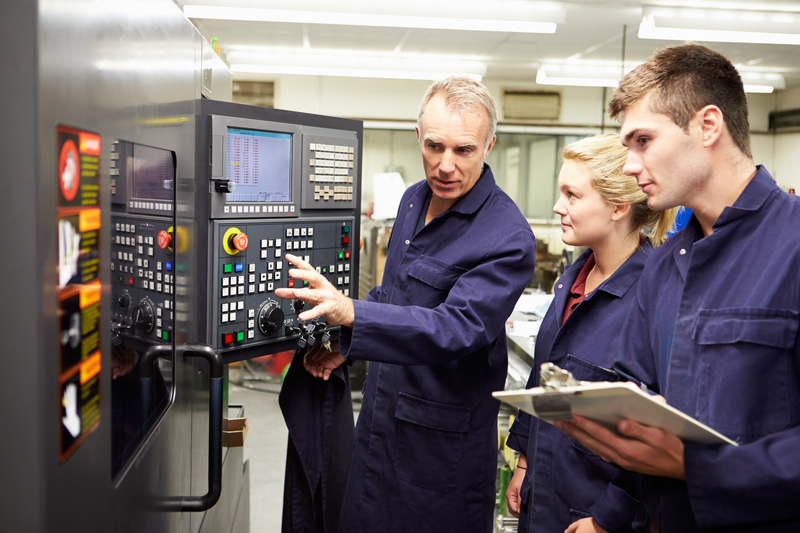 Mark Dawe, chief executive of the Association of Employment and Learning Providers, discusses the reform of apprenticeships in the UK and what the outcomes should be.

The far from smooth reform process has lasted over 4 years and could one day make for a very interesting academic case-study in government policymaking, where the evidence base has often been ignored in the pursuit of dogmatic principles. Widely shared concerns have been upheld by the UK’s National Audit Office which recently reported on a lack of a clearly defined strategy. However it is important to recognise that the potential reform outcomes could be very beneficial in improving UK workforce productivity and as a driver for social mobility in a country where 620,000 young people remain unemployed.

Apprenticeships have established themselves as our flagship skills programme, attracting government subsidy of up to £1.5bn a year. Larger employers contribute to half the cost of their programmes for people aged over 19 but the public funding means that over half of apprenticeship opportunities are offered by small and medium sized enterprises. Under the coalition government of 2010-15, 2.7 million apprenticeships were created and the Conservative government, now in office, has committed to 3 million more.

The reform process is now being driven by the need to achieve that target by 2020, but this was not the case when it started. Under a government commissioned review led by entrepreneur Doug Richard, arguably the most important aim was securing an increase in the number of employers offering apprenticeships. There were also concerns about the quality of the programme, particularly at the intermediate level of learning (level 2), although the training providers that I represent at the Association of Employment and Learning Providers (AELP) would argue that the largely anecdotal concerns were overblown and did not in themselves justify the launch of a major review. After all, the government’s quality inspectorate Ofsted has judged 79% of independent training providers to be good or outstanding and these are the providers who support the training of 76% of England’s apprenticeships. Often commentators get very confused between the level of learning (e.g. is it the equivalent of GCSE level or A level?) and the quality of training and learning.

For a review that was supposed to lead to more employers engaged in apprenticeships, Doug Richard’s recommendation in 2012 that businesses of all sizes should make a direct financial contribution to the cost of the apprenticeship training upfront was perplexing and misguided. Even the smallest companies already make so called in-kind contributions such as paying the apprentice’s wages and providing supervision of their training. AELP warned then that an upfront payment could lead to a major market failure in terms of employer demand for apprenticeships and this well-grounded fear, backed up by employer surveys, continues to persist.

In 2015, the government under pressure with the general state of the public finances decided that something far more drastic was required and it announced that from April 2017, the apprenticeship programme would be funded by a levy in the form of a payroll tax imposed on large employers. The obvious gain for the programme is that by 2020, the funding should be £2.5bn in England instead of £1.5bn now. In theory, it should also fund the 3 million new starts to which the government is committed.

The government made clear that levy-paying employers could reclaim the tax providing the money was spent only on apprenticeship training. This should at least guarantee that the number of large employers offering apprenticeships will increase. What has been interesting in recent months is hearing from employers how they intend to spend their levy money. Many are planning to offer apprenticeships at higher levels of learning, including degree level apprenticeships which are rapidly increasing in number. They will also use apprenticeships to undertake management training of existing staff while another area of strong growth is apprenticeships being used to train the professions, such as lawyers, accountants and nurses.

This is all very welcome, particularly for a post-Brexit Britain where the need to train more home-grown talent has become more acute with the real possibility that the free movement of labour might end. The worry, however, is that in committing to high level apprenticeships, the levy paying employers will use up all of the programme’s budget, leaving nothing or very little funding available to smaller businesses who account for so many apprenticeship opportunities.

UK Prime Minister Theresa May has made social mobility a big theme of her new government and apprenticeships offer thousands of young people a high quality learning route to a successful career. So if there is no programme budget available for smaller non-levy paying employers, including those that operate in towns and rural areas where there are no large businesses, then the proposed reforms will fail these young people. We estimate over £1bn of apprenticeships are delivered in non-levy paying organisations at the moment. All we are asking is that the government commits to maintaining at least this amount of funding for the non-levy payers. Other aspects of the reforms also give grounds for serious concern which is why we are urging government ministers to reconsider them if the objectives for improved social mobility and increased productivity are to be fulfilled.

Association of Employment and Learning Providers