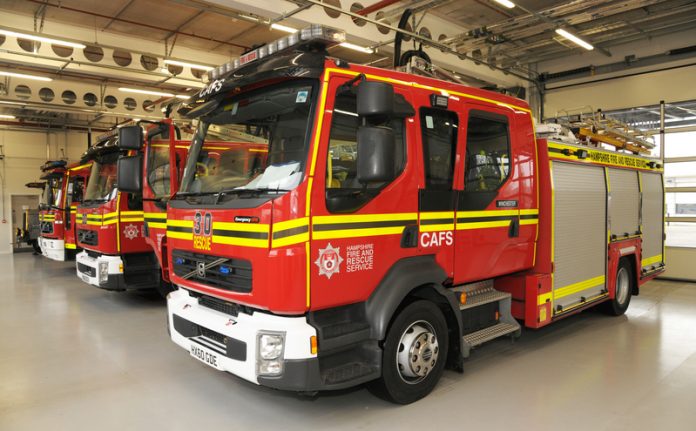 The Home Secretary has announced a number of reforms aimed at making fire and rescue more efficient, effective and professional…

Speaking at an event hosted by Reform, Home Secretary Theresa May outlined plans to improve fire and rescue services.

During her speech, May highlighted the scale of the challenges facing the sector. She drew attention to the 263 people who lost their lives to fire in England last year, and the 7,500 who were injured.

May said: “Over the course of this Parliament I intend to deliver a programme of reform in the fire and rescue service that is as radical and ambitious as I have delivered in policing since 2010.

“The reforms I have set out today will make fire and rescue more accountable, more effective and more professional than ever before.

“They will build on great strides in prevention and collaboration that fire and rescue services have already made.

“But when I look at the fire and rescue service I see a service that has succeeded in spite of the framework it operates in, not because of it.

“A fire and rescue landscape still beset by poor governance and structures, a workforce lacking diversity and still bound by many of the old ways of working. And a service that requires further reform to improve accountability, bring independent scrutiny and drive transparency.

“In the last 10 years, the overall size of the fire workforce has not changed significantly despite the number of incidents attended falling by 42 per cent. The challenge facing senior fire officers is therefore how to reform the workforce to meet a completely different risk and demand model.”

She said there was potential to deliver savings while improving the working lives of fire service employees.

The reform programme will focus on a number of key areas including improving inspections. This will comprise of rigorous and independent inspections, replacing the current peer review system.

Diversity will also be tackled in the sector. Currently, 96 per cent of the workforce is white and 95 per cent is male.

Procurement data will be published to show how much each fire and rescue authority is paying for items such as uniforms, operational kits, and vehicles.

May added: “I am not going to pretend that reform in fire and rescue will be easy or straightforward. Meaningful and lasting reform never is. But with fire and rescue in the Home Office and with a real appetite for change, I believe now is the time to deliver the change that is needed.”