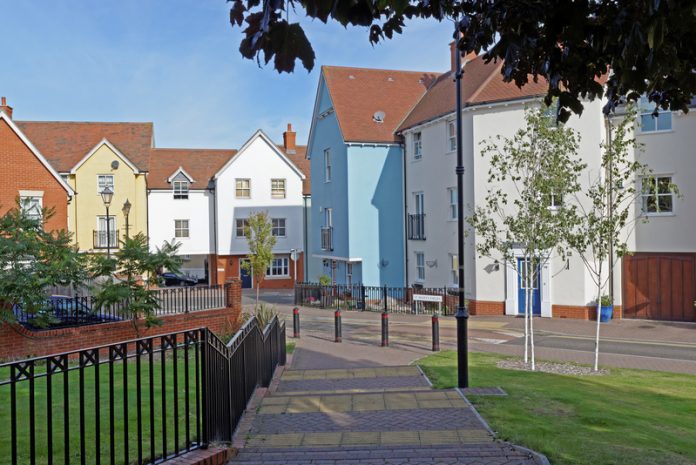 David Pipe, Practice and Policy Officer at the Chartered Institute of Housing outlines the importance of regeneration schemes for local communities…

Following the economic downturn and the 2010 general election, many tried and tested approaches to regenerate our most disadvantaged neighbourhoods became financially unviable. The incoming coalition government was sceptical about nationally backed, capital intensive regeneration schemes and ended a number of programmes. As a result much regeneration activity simply ceased.

However, in January the Prime Minister announced that he would make £140m of loan funding available to kick-start the transformation of 100 estates in England. Due to this funding, regeneration is now firmly back on the political agenda. This is welcome as the housing professionals we speak to were always clear that well-delivered, housing-led regeneration can lead to real improvements for communities.

With government now backing more regeneration activity, our focus is shifting to how we ensure this is carried out in the right way. It is a contentious issue, in London in particular, there is understandably much concern about ‘gentrification’ and the danger that projects could see existing communities priced out of their area. The relatively small amount of funding committed and the government’s wider support for home ownership (sometimes directly at the expense of social housing) has left many concerned that a renewed focus on regeneration might see social housing demolished and replaced with expensive homes for the better off.

So how do we ensure that we get it right? And what can be achieved if we do? Our research, carried out with Poplar HARCA and the Centre for Regional Economic and Social Research (CRESR) at Sheffield Hallam University looked at a number of examples of successful regeneration. It concluded that:

Investing in housing-led regeneration provides a good return and a mix of public and private investment could help to get more schemes off the ground. However, the £140m of loan funding currently committed by the government is not sufficient. Loan funding can play a useful role but in many areas some grant funding will also be required. If that is not available, it may be hard to make schemes in parts of the country where housing and land costs are lower stack up.

Kick-starting an increase in regeneration could deliver more of the homes we badly need. Most experts agree that we need to build somewhere in the region of 250,000 new homes per year in England to keep up with demand. However, in 2015 we managed a little over 140,000, so projects that deliver a net increase in homes overall can go some way towards helping government increase overall housing supply. Among the case studies we spoke to, some were bringing brownfield sites not previously used for housing into use while others were increasing the density of existing residential areas.

For example, in the North Prospect area of Plymouth, Plymouth Community Homes are delivering a 10 year plan which will see 800 homes demolished and replaced with 1,100 new homes – while in Poplar in East London a total of 300 homes will be demolished and nearly 1,200 built. This needs to be designed carefully and may not be possible, or desirable, in every area, but where appropriate it is a good way of delivering mixed communities – with more homes being built for purchase, without any corresponding loss of homes to rent.

Understanding the local context and the needs and aspirations of the existing community is vital in order to get regeneration right. Gaining local support for change is often a significant challenge and while attracting new people into the area may be a legitimate objective, it is vital that regeneration activity brings benefits for existing residents. Engaging with the local community and enabling them to take some ownership of plans is challenging and labour intensive, but it is also a hallmark of successful schemes.

In particular the mix of different housing options which are ultimately provided needs to be determined by local requirements. This means that there will usually still be a need to retain social housing alongside homes for shared and outright home ownership, and that priority may need to be offered to local people.

We heard from people who had been living in poor quality accommodation and who had benefited hugely from improvement works. For example, in Plymouth, 60% of homes in North Prospect did not meet the government’s Decent Homes standard prior to the project commencing. Many residents reported knockon improvements to their health or to their children’s education, as a result of improvements to their housing. So it is positive that the government is now looking to kick-start more regeneration activity. When done well, this can improve conditions for existing residents and deliver more of the homes that we need. But we are also clear that existing residents need to be engaged in, and to benefit from, these schemes and that government will need to look again at the funding arrangements if they want to transform estates in all parts of the country.