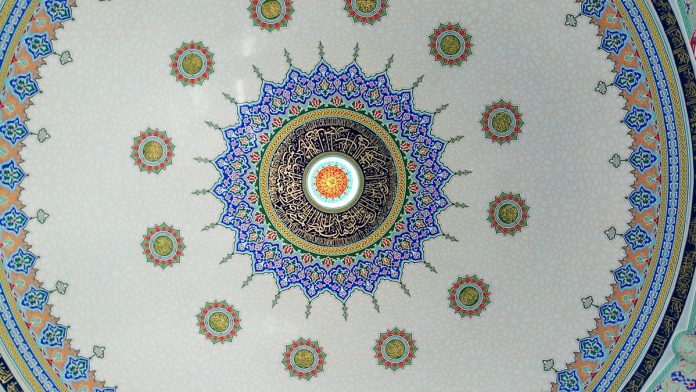 Dr. rer. pol. Jochen Töpfer of the Free University of Berlin, Institute for East European Studies outlines how religion can play a role in modern society…

The relationship between traditional religion and processes of modernity is a central issue in contemporary public discussions, as well as in debates within the field of social sciences. The latter shall ask about short-term incidents like topics such as Islamist terrorist attacks, anti-Islamic populism, and new developments in the Arabic world, which prevail in the daily news, give an empirical basis, and integrate them into long-term concepts. Overall, there is a strong relevance of a scientific analysis of religion in pluralist society today.

The research project `Religious Elites and Societal Organization in South-Eastern Europe` includes two central issues. The first one is to detect types of attitudes regarding the societal order within the religious elite of south-eastern Europe without a normative background. Thus, this part of the project also has no thesis and seeks to find out the perspective of the religious sphere in an explorative way. Several major branches of Christianity and Islam are traditionally rooted in this region, so the second part asks for the integrative as well as the conflict-afflicted potentials of religion in multi-religious societies. Do these attitudes have rather integrating or separating consequences for society? And how important is religion at all in building identity today? Are reasons for so-called `religious conflict` located exclusively within the religious sphere, or rather caused by external factors as political power arrangements? The selection of cases is based on the specific differences in the structure of the religious field and comprises Albania, Macedonia, and Slovenia.

In order to represent the traditional religions and religious communities with a large amount of followers in Europe adequately, central types of attitudes of religious dignitaries towards the triangle religion – politics – population in multi-religious societies of south-eastern Europe are in focus. Here, Christianity with its major branches (Roman-Catholic, Orthodox, Protestant), Islam (mostly Sunni but also Shiite), and other religious communities are represented since centuries. Since the collapse of socialism in 1989 and the beginning of transformation of the societies in Eastern Europe, religion experienced a recovery and was able to enhance its influence over wider parts of society and politics.

Today, we as Europeans experience a strong revival of religion in the public and political sphere as daily news indicate (terrorist attacks in the name of a religion, `Anti-Islam` movements that become violent, and the reaction of democratic politics). Additionally, above-mentioned remarks show that religion was brought back to the political arena recently by political actors in south-eastern Europe. Hence, religious dignitaries are able to influence the (positive and negative) political decision-making of parts of the population. Over the 20th century, they lost their function as economic and political power-elite but can be regarded today as value-elite.

Key players in the sphere of religion are religious dignitaries – they are the central source of interpretation of traditional religion for today. They represent their religious community to the external environment and interpret the content of religion internally for the members of their spiritual community. Thus, they are accepted as normative multiplicators within their group and additionally influence wider parts of society through public statements and symbolic behavior (provoke reaction). The existence of attitudes towards the societal order originates also from considered world religions themselves: a major characteristic of them is the claim to handle reality in its entireness (`Ganzheit`) – hence, they follow a holistic program.

How to catch attitudes adequately and consider subjectivity

In order to determine these attitudes adequately, an innovative qualitative method1 is applied which refers explicitly to the internal frame of reference of the respondents, called Q-method. It is designed for explorative approaches; e.g. a data collection in areas of society which were rarely subject of scientific analysis before. The method takes into account the subjectivity of the researcher and of the respondents: Therefore, no questions for the interview are pre-formulated, which would ask just for the acceptance of models of the researcher among the religious elite. In a first step, a scientific content analysis of speeches and public statements of religious dignitaries in Albania, Macedonia, and Slovenia was conducted. Extracting 36 central statements regarding the topic, the researcher in a second step presents these to the religious dignitaries in focus, who are the origin, and asks for a grading and a comment of them.

The interview is conducted anonymously and is offered in several languages. The Q-method needs a relatively small number of respondents (20-40) in order to explore types of attitudes within a group in focus. Although the field work is not completed, results of a first analysis show two central types of attitudes: rather modern and progressive views prevail in a first group of respondents, while conservative attitudes can be located just in a minority of cases whereas the overall potential for religious conflict is rather small.

The advantages of the method in comparison to others are described widely in literature – a conclusion was coined in a sentence already in 1935 by William Stephenson in the Journal of Personality: `correlating persons instead of tests`, since the attitudes of the respondents are in focus and the researcher does not ask about his perceptions.

After a quantitative and qualitative analysis of all three societies and a comparison of attitudes, the results shall answer the questions: Which discourses dominate within religious communities in south-eastern Europe towards the society, the state, and other religions? And, how far do these perceptions correlate with current societal arrangements? Identifying discourses in the framework of the project does not mean you need to focus on short-term issues or scandals – rather, long-term conceptions of society are of interest.

Therefore, the specific goals of the project are manifold and can be classified along four groups: theoretical as well as empirical objectives following current debates in the social sciences, links for further research, and the generation of applicable recommendations for policy makers (and responsible persons in the religious sphere).

The overall goal is the detection of attitudes towards the above-mentioned triangle of religion – state – society from the perspective of religion and more precisely of religious dignitaries. From the point of view of the scientific discipline of sociology of religion, there are only very few empirical studies asking for the attitudes of religious elites towards the societal order in the multi-religious sphere of south-eastern Europe. Beyond external ascriptions – which discourses can be revealed by the application of the q-method? Where are convergences and divergences – among different religions, states, or communities? Do these attitudes foster cultural and political integration or exclusion in the societies under scrutiny?

The third point of the goals is the strong connection to further research. On the empirical side, a basis is produced for the quantification of the results. To what extent are the attitudes and discourses represented among religious people or the whole population? Additionally, the types of attitudes found in south-eastern Europe can be surveyed in other societies of the continent in order to see their distribution.

The underlying importance of the project is the intention to foster consensus-oriented understanding and communication between religion and politics.

A worthwhile expansion of the project on other countries would be able to generate profound and comparable data on the self-positioning of religion in Europe – rarely done before but still a necessary step to be realised in order to understand a key player of society and classify its impact on todays` developments.