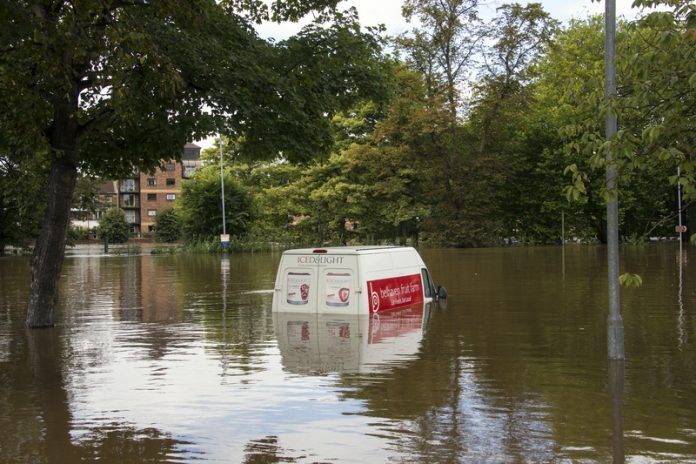 Planting trees by rivers could reduce the amount of flooding seen in major towns and cities. A new report, published by the Environment Agency and carried out by the universities of Birmingham and Southampton, found this could diminish the height of flooding by up to 20 per cent.

The study said trees situated around a feeder stream could slow the rush of rainwater, but also warned natural flood prevention methods do not always work. It called for a strategic approach, as foresting a whole catchment would be counterproductive. Instead, this should be focused over 25-40 per cent of the main catchment as the forested area will release its water to the main stream later than water running off pastureland. Foresting the entire site would see the water released at the same time.

The report said new incentives may be required as farmers currently receive grants from the EU to keep land as pastures and to clear scrub and trees.

Simon Dixon, from Birmingham University Institute for Forest Research said: “Where it’s possible to do more extensive planting than we’re doing we really need to do it. It’s a bit of a no-brainer.”

Ben Lukey, a flood risk manager for the Environment Agency, said there was simply not the funding in place to undertake the scale of work proposed in the report.

“What’s identified is opportunity for bigger impact with more strategic catchment but we have to be mindful of the possibility that if it’s not done well it could make matters worse,” he said.

“To make the scale of changes to help a big city like Leeds for Manchester – that’s a scale of ambition that would take some time to come to pass.”

Flooding was a significant problem across parts of the UK last year, and saw a number of towns severely damaged by water. Tackling these issues has become a matter of utmost importance to keep these communities safe.

In a bid to develop flood strategies, the Commons Environment Select Committee is expected to deliver a report on flood management in the near future.