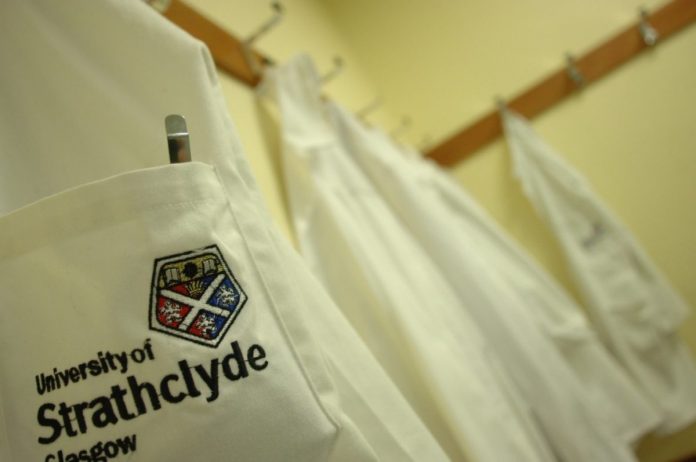 Politics cannot get in the way of scientific and global collaboration. Professor Colin J Suckling OBE DSc FRSE, Research Professor of Chemistry, Department of Pure & Applied Chemistry at the University of Strathclyde discusses

The impact of the referendum debacle will take time to work through in policy and in practice. Meanwhile those of us like my colleagues at the University of Strathclyde and I will get on as best we can with our ‘world-changing research’, as the University’s website puts it. Indeed much of our current effort is truly global in scope. When we began our Minor Groove Binders (S-MGBs) project some 15 years ago, looking for new medicines for diseases ranging from cancer to clostridium infections, we knew that the project had the potential for major impact, because the basic mechanism of action of these compounds could in principle be tuned to each disease by appropriate use of heterocyclic chemistry. Although you need an optimistic but critical mind-set to be an effective researcher, I don’t think that anyone in the team thought that we would get as far as we have from a relatively small academic base. One of the things that we pride ourselves in at Strathclyde is strong interdisciplinary research. Mostly we’ve built teams from our own staff frequently augmented by colleagues from our neighbours at the University of Glasgow and in doing so, have been able to apply our compounds (S-MGBs) to many examples of infectious disease and to cancer. The big change now is that we are expanding our teams globally.

I’ve spent much of the past few weeks engaging with academic colleagues from Brazil, India, and South Africa assembling a project using our S-MGBs and other compounds to tackle problems of global infectious diseases, especially with regard to endemic diseases in countries that have relatively underdeveloped drug discovery capacities. The idea is that we can seed the project with our compounds and then gradually transfer the growth to our partners abroad to make best use of the discoveries we have made and will make during the course of the project. It’s a very ambitious scheme but the benefits could be huge.

For example, we’ve recently identified some S-MGB compounds that are exceptionally active against one of the parasites that causes sleeping sickness in cattle in Africa, Trypanosoma congolense, but is otherwise remarkably non-toxic. For African diseases (animal African trypanosomiasis) we now have to profile these compounds to see if they are suitable to become candidate compounds for clinical development. This is new to us and we’re taking advice from our experienced industrial partner, Galvmed. If things go well, we should be treating cattle in trials within a year.

With this advance in mind, we took the view that it would be wrong not to find ways to extend the potential impact of our compounds to related diseases in other continents, in particular to Chagas’ disease in South America. Accordingly, I’ve been setting up a new partnership with a team in São Paulo, Brazil, that has the capacity not only to evaluate the activity of our compounds against the South American parasitic species, Trypanosoma cruzi, but also to investigate their mechanism of action, information on which is particularly helpful to promote the development and adoption of a new medicine.

I could offer other examples such as treating tuberculosis in South Africa and India and the same principles apply: we want to engage partners in these countries fully in the process from discovery (now) to clinical use (hopefully in not too many years’ time). This project matters far more to my work than our political position in Europe. I’d dare to say that, in my opinion, it might well matter more, to many millions of people than the misled and misguided population of the United Kingdom. Science in the end is for everyone and must transcend politics and politicians.