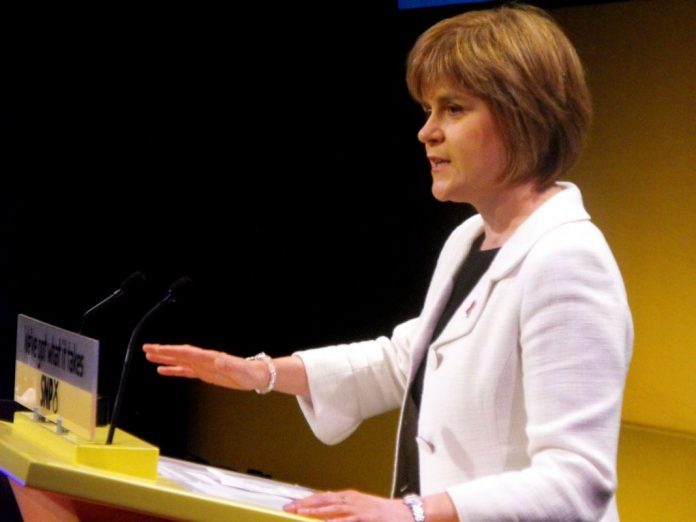 Last night saw the third debate of the election campaign take place. Unlike previous broadcasts, it was lacking representatives of the Coalition government and instead hosted the leaders of the Labour Party, the Green Party, UK Independence Party (UKIP), the Scottish National Party (SNP), and Plaid Cymru.

The wrangling between the SNP and Labour, which has been present over the last few weeks, was seen in full force last night. Leader of the SNP Nicola Sturgeon, who had previously declared support for Labour leader Ed Miliband, stated she would only back him as prime minister if he rejected austerity and showed he could lead “better than the Tories”.

In response, Ed Miliband said he would not form a coalition with the SNP, and that he intended to win a majority. While positivity is something to be commended, the current opinion polls currently do not suggest Labour or the Conservatives will be able to form a government alone.

He also threw down the gauntlet to David Cameron, who was absent from last night’s process, stating: “If you believe this election is about leadership then debate me one-on-one.”

Sturgeon and Wood both called upon the Labour leader to reject austerity measures, which have damaged public services and hit the poorest parts of society the hardest over the last five years. They asked him to make a “progressive” alliance with their parties and the Greens in a bid to keep the Conservatives out of government.

Sturgeon, Wood, and Bennett all said they would not be willing to prop up a Conservative government, which is hardly surprising, given the difference in political views.

There was significant tension between Sturgeon and Miliband, with the former accusing the latter of being too “scared to be bold”. She also said “if Labour won’t be bold enough on its own, I think people should vote for parties that will hold Labour to account and make them bolder”.

She added: “I want Labour to be bolder and deliver the change we need. Don’t turn your back on that, Ed, and let David Cameron back into Downing Street.”

Miliband was very candid about forming a coalition with the SNP, a topic that has been a bone of contention over the last few weeks. He told Sturgeon he had “fundamental disagreements” with her regarding her support for Scottish independence, and concluded: “It’s a ‘no’, I’m afraid.”

UKIP’s Nigel Farage did little to warm himself to the audience last night after stating they were remarkable, “even by the left-wing standards of the BBC”. Needless to say this comment was not well received.

He also clashed with Sturgeon over the issue of immigration after she said not all problems in the UK were caused by it.

With three weeks until the election, the party leaders remain under the spotlight as they continue to campaign for public support. Miliband appeared to do well in the debate last night, coming out top according to 35 per cent of people questioned in a snap poll. The Daily Mirror asked 1,013 viewers their view on who had won the debate. It revealed Sturgeon came in second, with 31 per cent of the vote, and Nigel Farage of UKIP came in just behind her at 27 per cent. Bennett and Wood were rated at five and two per cent, respectively. However, the Scottish part of the survey rated Sturgeon at 68 per cent and Miliband at 17 per cent.

Representatives from the coalition government were absent after David Cameron refused to take part. Nick Clegg said he wanted to be involved in the debate, but was not offered a podium, as the BBC decided to give only the party leaders not in government a platform.