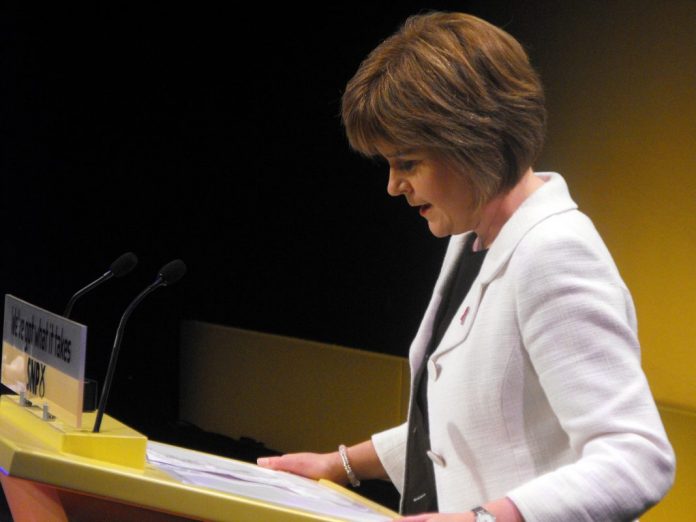 Despite Labour leader Ed Miliband emphatically declaring during his TV appearance with Jeremy Paxman that he had no plans to ally his party with the SNP, Nicola Sturgeon has stated she would support him.

The news, while eyebrow raising, is not altogether surprising. The SNP are more closely aligned with Labour ideologies than the Conservatives.

However, Scottish Labour leader Jim Murphy said during the STV debate that his party did not need any help from the SNP—words that might come back to bite him on the 7 May.

As well as seemingly losing favour with the Labour party, the SNP do not seem to have gained much support among the other two main political groups. Scottish Conservative leader Ruth Davidson also ruled out any deal with the party, while Scottish Liberal Democrat leader Willie Rennie said it would not be reasonable to put the SNP in charge.

“I’ve said to Ed Miliband and I’ll say to Jim Murphy this evening, that if there is an anti-Tory majority in the House of Commons after the election, even if the Tories are the biggest party we will work with Labour to keep David Cameron out of Downing Street.”

From that response one has to wonder if Sturgeon is simply picking the best of a bad bunch.

Murphy responded rather scathingly, stating: “Nicola, we don’t need your help. What we need is people north and south of the border, people in Scotland, people in England and people in across Wales coming together to kick out an out-of-touch government.”

Davidson was also quick to criticise Sturgeon’s assertion, stating: “Why is Nicola running around saying ‘Labour is rubbish, vote for me so I can put them in office’?”

During the two hour televised debate, Davidson also said her party had tried to fix the economy.

“That’s why we’re trying to get people back into jobs. That’s also why we’ve taken people at the lowest end of the wage spectrum out of taxation altogether, so they keep more of the money they get,” she said.

Rennie also made the same declaration. He said: “What we’ve done, with one of the biggest recessions this country has ever faced, is we’ve got the economy back on track and we’ve done it fairly.”

He said added: “I don’t want to veer off to the left or the right like the others propose. I want to keep on that path and keep that recovery going.

“What we need to do to ensure that we do that is invest in the NHS and make sure we balance the books.”

Sturgeon was keen to note that she respected the outcome of the vote for independence last year, but added a vote for the SNP meant a louder voice for the Scottish people in Westminster.

Another debate is scheduled for tonight on BBC Scotland. Also joining the Scottish Conservatives, Labour, Liberal Democrats, and SNP leaders will be Patrick Harvie of the Scottish Greens, and UKIP’s David Coburn.