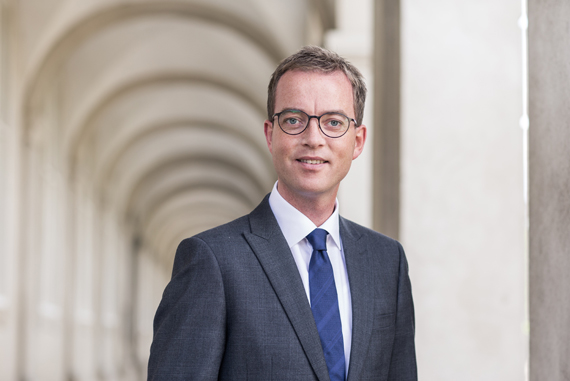 Esben Lunde Larsen, Danish Minister of Environment and Food explains why a united Europe is needed to lead the fight against AMR…

In Europe 25,000 deaths are annually estimated to be related to antimicrobial resistance (AMR). But towards 2050 this number is predicted to increase drastically, and AMR is announced as the biggest single cause of deaths worldwide in the future. The predictions show a horrifying number of 10 million deaths due to AMR in 2050 and thereby emphasise the serious need for action.

AMR is a global threat that knows no borders. In Denmark strong efforts have been made to ensure a future modern health care where infections can still be treated with antibiotics. Preventing infections as well as prudent use of antibiotics both in human health care and animal production are crucial factors in this fight. In the animal sector, reducing antibiotics usage is a strong goal and initiatives have been in place for many years with good results. Despite the good Danish results, problems are imported and it is time for Europe to stand united and to take the lead in the fight against AMR.

Denmark would suggest an EU action plan taking a differentiated approach to monitoring where the aim is to collect data at both species and herd level and thus complement the existing monitoring systems of veterinary use at national level. A more differentiated system of monitoring will enable the EU to set smart targets for reduction of antimicrobial use.

Denmark would be happy to share our national experiences gained from many years of collecting data on the use of antimicrobial agents and occurrence of antimicrobial resistance in bacteria from food animals, food and humans in Denmark. This message was given directly to the EU Commissioner of Health as he recently visited Copenhagen and he was presented with the Danish One Health Approach, where solutions are found in a cross sectorial cooperation between the human and the veterinary sector.

It is time for Europe to unite, commit and take action. We have to show the rest of the world that AMR can be fought and that our efforts are indeed effective.

Minister of Environment and Food

Ministry of Environment and Food of Denmark