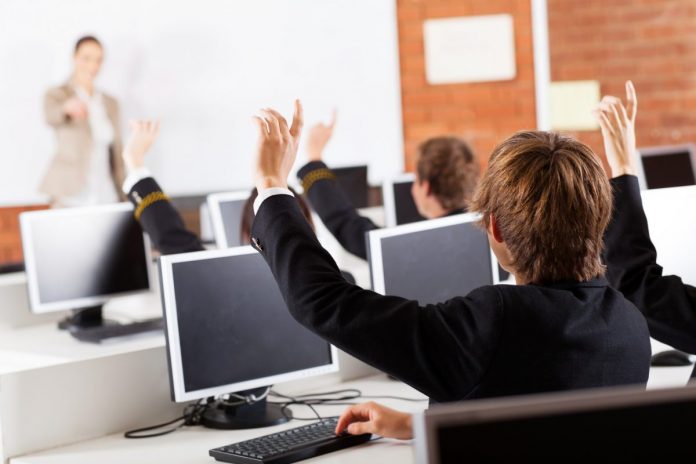 Last year, a former Buckinghamshire grammar school pupil went to Syria to join Islamic State. According to reports he was radicalised through jihadis on Twitter.

Training is now taking place in schools across Bucks to help teacher’s spot the signs of children at risk of radicalisation.

It comes ahead of the government’s new Prevent legislation which comes into force this year, and will make it a duty for schools and other public sector bodies to support young people and adults at risk of exploitation through radicalisation.

Up until now, there has only been an understanding that concerns will be reported but this will change when the Counter Terrorism and Security Bill becomes law.

Prevent is part of the government’s overarching Counter Terrorism Strategy known as Contest. In its simplest form, it aims to stop people becoming terrorists or supporting terrorism.

In Buckinghamshire, we have one of 4 districts – Wycombe – which is considered to be one of 30 high priority Prevent areas in the UK. However, we have been recognised as best practice by the Home Office and Office of Security and Counter Terrorism (OSCT) for the work we have already been doing with our partners to put in place many of the things planned in the new Bill, such as training for schools and the Channel Panel.

“I just wanted to say how relevant, interesting and reassuring I found the training” – Headteacher at Bearbrook Combined School and Pre-school.

The Channel Panel has been operational since 2012 and is a partnership initiative between the County Council, district councils, police, clinical commissioning groups (CCGs), youth offending service, mental health trust and the probation service.

Channel is a key part of our work to prevent terrorism. It provides a mechanism for supporting those who may be vulnerable to violent extremism by assessing the nature and the extent of the potential risk and, where necessary, providing an appropriate support package tailored to an individual’s needs. Channel is about safeguarding individuals at risk; it is about early intervention to protect and divert people away from radicalisation and terrorism.

This keeps both the individual and the community safe. Terrorism can be connected to any extremist groups including the far right, Al Qa’ida and Islamic State. The Panel takes referrals from schools, the community, and police about those people they feel are at risk of becoming radicalised. All Channel referrals are treated and viewed as vulnerable people requiring support and help.

We have throughout this programme taken the view that children who are at serious risk of being drawn into terrorism are vulnerable and need to be supported – as do their families.

Some of the measures taken to support them are very individual and have included amongst others, assessment related to child sexual exploitation and gang involvement; intervention with parents to encourage appropriate boundaries; challenging intervention with individuals around the theological basis of their belief system; work within educational establishments to improve engagement and outcomes; diversionary activity around sport and other positive activities and/or direct police action to protect individuals.

“As with many of the issues we face, effective partnership working is vital to ensure that our residents, especially our young people, are safe from terrorists who seek to radicalise and exploit them. Raising awareness of Prevent and supporting people through the Channel Panel is something we are all committed to” – Pam Pearce, Cabinet Member for Community Matters at Aylesbury Vale District Council.

Outcomes are measured in terms of reduced vulnerability to the individual and the community, using an evidenced based assessment tool. Young people and adults so far supported in this way have shown a reduced vulnerability and improved outcomes in terms of engagement in education and positive activities. The Counter Terrorism and Security Act will galvanise this work across all partners to ensure we all identify the vulnerable and can offer a multi-agency support programme.

Numbers of people referred to Channel are nationally small. Since 2007 the Channel Programme has seen 4,000 individuals go through the system. Around 80% of those are under 18. This is also the case in Buckinghamshire.

Individuals referred are assessed to see what risk they pose to themselves and to others and a plan is drawn up to support them.

“Terrorism is a very real threat to all our communities and terrorists and extremists seek to exploit those who are most vulnerable. That is why it is vital that we all work together to support those who are at risk of radicalisation – regardless of faith, ethnicity or background.” – Dick Meadows Acting Detective Chief Inspector, Head of Thames Valley Police Preventing Terrorism Team.

All interventions are provided on a consent basis with individuals being made aware they are being considered by the Panel. Where this consent is not forthcoming and early intervention is not possible other methods may be used.

In addition to having core membership, the group also draws in representatives on a case or by case basis when it is relevant to do so, for example, a district council’s lead officer for Prevent and/or Prevent Coordinator and the Prevent lead from the relevant school.

This approach is key to the development of building trusting working relationships between professionals – especially in such a sensitive and complex area. It has been invaluable to the delivery of the successful outcomes achieved so far.

The Bill also introduces a Prevent Duty on local authorities including a requirement to assess risk. In light of this, we are reviewing the role of our Safer and Stronger Bucks Partnership Board, to have county wide oversight for the duty in partnership with the local children’s and adults safeguarding boards.

In addition we have established a county wide Prevent network – an operational group which covers both the Prevent priority and non-priority areas, to share knowledge about good practice, problem solve operational issues, identify existing and future training opportunities and the resources to meet them. This is particularly important given that this duty comes at a time when local authorities are reducing budgets. The network includes 5 Buckinghamshire councils, Wycombe’s Prevent coordinator and Thames Valley Police Prevent Engagement Officers.

The group’s role is to support the council to meet its Prevent Duty through staff training, agreeing and monitoring actions and reviewing key policies. Over the last 5 months we have been running a programme of workshops to raise awareness of Prevent (WRAP) with schools across the County. We also hold WRAP training sessions for Chairs of Governors and Governors.

We have an exciting opportunity with SACRE (Standing Advisory Committee for Religious Education) to incorporate British Values into the RE curriculum for schools which will be developed over the coming months.

Individual secondary schools are also taking a whole school approach to the work that needs to be done on Prevent.

For example in Wycombe, schools are engaging with Wycombe District Council who secured funding for specialist providers to work across Year Groups on ‘Critical Thinking’ which explores perceptions of others. Through the use of interactive workshop model pupils get an opportunity to reflect on who helps shape their thinking of the world, in which we live.

We are also currently working on a model safeguarding policy for schools to ensure we integrate Prevent as part of this rather than as a separate policy that schools should have in place.

Young people and adults so far supported in this way have shown a reduced vulnerability and improved outcomes in terms of engagement in education and positive activities.

Buckinghamshire is therefore very well placed to take forward the requirements and duties of the new Act and to keep our residents, young and older, safer.