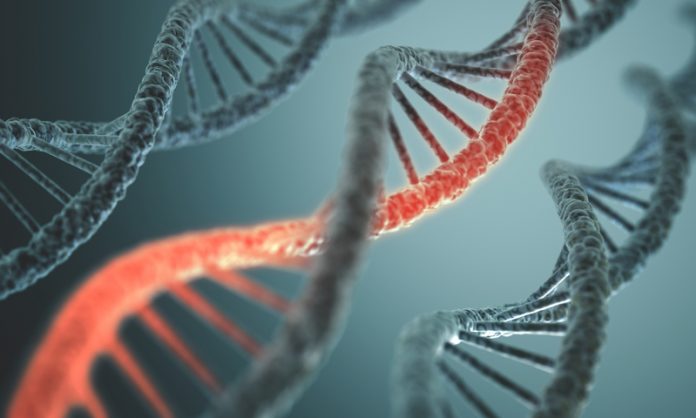 Hermona Soreq, Ph.D., Professor of Molecular Neuroscience, The Hebrew University of Jerusalem discusses combining the environmental and personalised medicine aspects of microRNA ‘guardians’ and their target genes into post-trauma risk and resilience…

The risk of developing post-trauma symptoms and related diseases due to previous generations exposure presents a persistent burden on holocaust survivors, their descendants, caretakers and society. We believe that these issues reflect combined inherited, epigenetic and personal experience-related causes. Much effort is being invested these days in identifying those genomic, epigenomic and experience-related elements that differ in descendants of holocaust survivors with post-traumatic symptoms, with the hope to discover the causes of their symptoms and to develop new and better therapeutic avenues. Timing is right, because geneticists have only recently realised that much of the human genome, and especially those parts that do not produce proteins, and were until not too long ago called ‘junk DNA’ is actually very important. Our part in the Israeli Government-supported I-core center of excellence on Mass Trauma, where I belong to the Scientific management is focused on the role in the human brain of those thousands of tiny genes called microRNAs, which constitute part of that mal-famous ‘junk DNA’. In the brain, microRNAs are known to guard and balance between complete groups of protein-producing genes, keeping brain processes running and preventing functional impairments such as those occurring in psychiatric symptoms. To our surprise, we have recently learned that in human brain neurons, microRNAs also guard another group belonging to the category of ‘junk DNA’. Those genes are called ‘pseudogenes’, because they do not produce any protein. They emerged during evolution by duplication of protein-coding ‘mother’ genes, accumulated mutations that prevent them from yielding proteins and were largely considered unimportant, a concept which was changed by our study (under review).

MicroRNAs can only recognise a very small part of the pseudogenes. There are over 17,000 pseudogenes in our genome, but only 123 of them carry recognition signals for some of the 4,000 microRNAs that are expressed in our brain. This makes this group of pseudogenes really special. Importantly, the microRNAs that bind these pseudogenes also need to interact with and control protein production by many other genes; so there is competition going on between ‘real’ genes and those 123 pseudogenes on the microRNAs they share. Since pseudogenes do not produce any protein, they are free to compete with all their might, which implies that they may complicate the job of those microRNAs they recognize, such that any error in their function would interfere with the other roles of the ‘real’ genes that are otherwise controlled by those microRNAs. What we discovered is that such interference is unique to the human brain and that it may lead to psychiatric symptoms.

Psychiatric genetics teaches us that most of the patients with psychiatric manifestations do not carry single mutations in any important gene that could by itself cause, for example post-traumatic disease, schizophrenia or manic-depressive disorder. Rather, it is believed that such patients may carry many small changes in their DNA, each of which cause little modifications that make small differences in how the brain functions; and when those changes appear together, their cumulative impact (sometimes called ‘quantitative trait’) may lead to psychiatric condition through yet incompletely understood mechanisms. The appearance of many such changes in the genome of a patient may hence indicate a somewhat larger risk of inherited disease, especially if exposed to traumatic experiences and/or when being born and raised by traumatised parents such as holocaust survivors. Therefore, the genomic sites where such changes occur are followed carefully by international groups of researchers, and finding the same changes in large groups of patients may raise alert signals. For the investigator, finding these flags near important genes may also suggest that those genes that are located near to the genomic change fail to do their regular job. This may further hint at what went wrong in the brain of a patient, and yet more importantly- which personalised treatment may best fit the needs of that patient.

Pseudogene-adjacent genomic ‘flags’ were largely ignored in previous studies, because they were considered functionally irrelevant. However, once we discovered that the small group of microRNA-recognising pseudogenes may compete in the human brain with protein-coding genes on their microRNA suppressors, we explored their genomic locations more closely. We found ‘our’ group of pseudogenes to have emerged relatively late in evolutionary terms by gene duplication. They were also carefully conserved through evolution, meaning that keeping them intact may have an added value;  and they compete on the same microRNAs with many genetically unrelated protein-coding genes. Moreover, we discovered that these microRNA-recognising pseudogenes are highly expressed in brain neurons, that they actively participate in brain communication processes, and that their cumulative genomic locations are enriched in frequently occurring DNA changes that are relatively common in patients with psychiatric symptoms.

While this information supported the new concept that brain pseudogenes which recognise microRNAs may be important, we needed more concrete findings. To this end, we analysed the expression of ‘our’ pseudogenes in embryonic stem cells from psychiatric disease patients and healthy donors, and found that ‘sick’ stem cells failed to produce their ‘healthy’ levels. Furthermore, when we blocked or increased the expression of such pseudogenes in cultured cells, these interference tests also caused parallel changes in the levels of those ‘real’ gene products that compete with them on microRNAs. Our findings transform the understanding of the so-far neglected small group of microRNA-interacting pseudogenes, opening new avenues for neuro-genetics, diagnostic and therapeutic directions of mental diseases.

At the personalizsed medicine level, we strongly suspect that carriers of risk-prone genomic changes may be at specific danger of developing post-traumatic stress disorder. Supporting this notion, we discovered elevated trait anxiety in carriers of a genomic change that links to one of the suspected pseudogenes (Hanin et al., 2014). In some circumstances, elevated brain functioning may overcome this enhanced anxiety; therefore, soldier carriers of this genomic change do not present post-traumatic stress symptoms (Lin et al., 2016). However, prolonged or more drastic exposure to stressful conditions, for example, in descendants of holocaust survivors, may be totally different. Pursuing this direction of research is hence of particular importance.

The Edmond and Lily Safra Center for Brain Sciences, Department of Biological Chemistry

The Hebrew University of Jerusalem