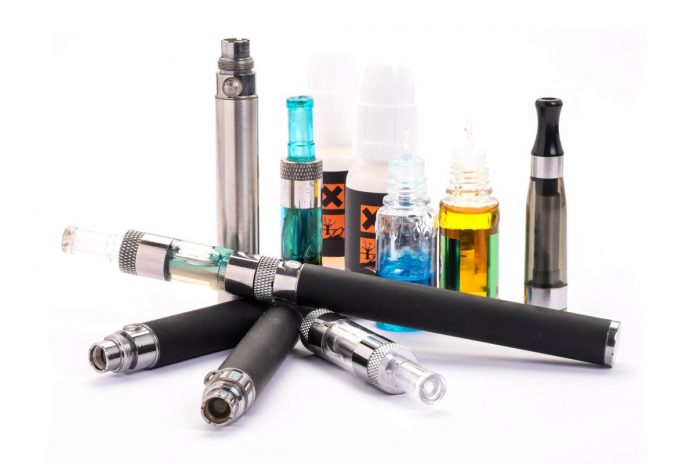 New research has revealed that many teenagers are using e-cigarettes, despite having never smoked before…

Research published in BMC Public Health has revealed that one in five teenagers surveyed had tried or bought e-cigarettes. Scientists asked a total of 16,193 people between the ages of 14 and 17 about their experiences with the devices.

Electronic cigarettes produce a vapour that is less harmful than cigarette smoke, but still contains the addictive substance nicotine. Experts were hoping to discover how many people were becoming addicted, and concluded that e-cigarettes were the “alcopops of the nicotine world”.

The research, which was carried out by Liverpool John Moores University, showed that 19 per cent of respondents had tried “vaping”.

Furthermore, five per cent of teenagers who had never smoked admitted to trying e-cigarettes. A total of 50 per cent of former smokers and 67 per cent of light smokers used the device.

Researchers also discovered children who drank or whose parents smoked were more likely to use e-cigarettes.

Professor Mark Bellis said: “To many people the numbers we’ve identified might come as a bit of a shock.

“This is just being drawn into a repertoire – another drug that people can use to experiment with rather than being seen as an alternative to tobacco.”

He added that e-cigarettes were “providing a concentrated form of a highly addictive substance, with known problems associated with it, and we need to be very cautious about that and how we protect our young people.”

“[However] since the survey only records a single access, it doesn’t provide any information about whether or not they go on to regular use.

“Other statistical data indicate that this is unlikely. Nevertheless, we hope that the newly introduced mandated age restrictions can reduce this number.”

According to data from the Office for National Statistics, the majority of those who use e-cigarettes are almost entirely current or former smokers.

Dr John Middleton, of the Faculty of Public Health, said: “We need to protect children and young people from the harms of nicotine by regulating electronic cigarettes.

“Our concern is that if we wait for proof that electronic cigarettes could act as a gateway to smoking cigarettes, it will already have happened and the tobacco industry will have been given the opportunity to recruit its next generation of smokers.”