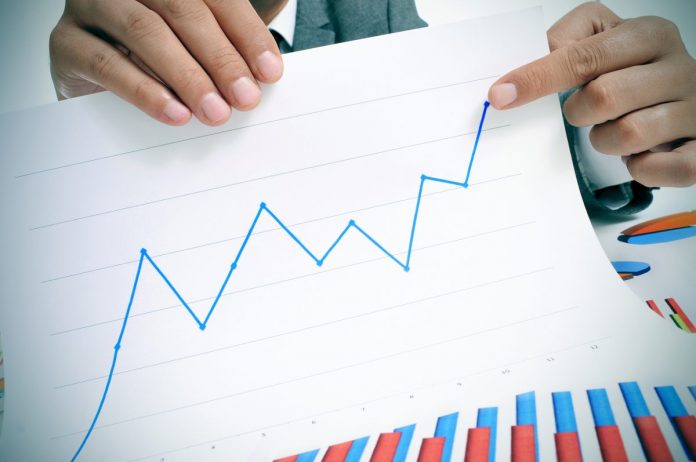 A new report has predicted the UK economy will see growth in the year ahead, despite the political uncertainty surrounding the upcoming election…

An EY Item Club report has revealed that low inflation and stronger growth in the eurozone should help the UK economy to grow over the next 12 months.

However, Chief Economic Adviser Pete Spencer said while the financial markets seemed prepared to deal with any further Greek problems, potential issues could arise from a weak government and an EU referendum.

The forecast growth in the report is slightly lower than expected, as it was predicted to stand at 2.9 per cent. The figure was reduced due to official fourth-quarter GDP figures coming in weaker than anticipated.

Estimates for 2016 will see growth expand to 3 per cent, up from 2.9 per cent forecast previously. The Item Club’s spring forecast said inflation falling to zero in recent months, as well as improvements in employment opportunities, has boosted consumer confidence.

Furthermore, the report said it expected an added bonus would come from recovery in the eurozone, helped by the European Central Bank’s €1.1 trillion (£790bn) asset purchase stimulus programme. The Item Club also said the euro bloc’s recovery should offset a hit to overseas trade from the strength of the pound.

Spencer said: “The economy is taking the general election in its stride as ‘noflation’ trumps politics. The eurozone recovery is bedding in and completes the positive UK growth picture that we anticipate for 2015 and 2016.

“This is a mirror image of what we saw in 2010-12, when unemployment and inflation were high and Europe was in the doldrums.

“If the strength of the headwinds that held back the economy during the first years of the coalition is anything to go by, the tailwinds enjoyed by a new administration post 7 May should be strong enough to outweigh the effects of any political uncertainty.”

UK exports are also expected to rise by 5.9 per cent this year, and 4.9 per cent in 2016 due to eurozone recovery.

Spencer said: “However, it’s not all plain sailing and possible risks around a weak government and an EU referendum remain.

“In Europe, the Greek tragedy has yet to reach a denouement, although European banks and investors seem prepared for a disorderly outcome.

“But worries about Ukraine and Russia have eased and we are confident that the UK economy would not falter from any of these shocks,” he said.