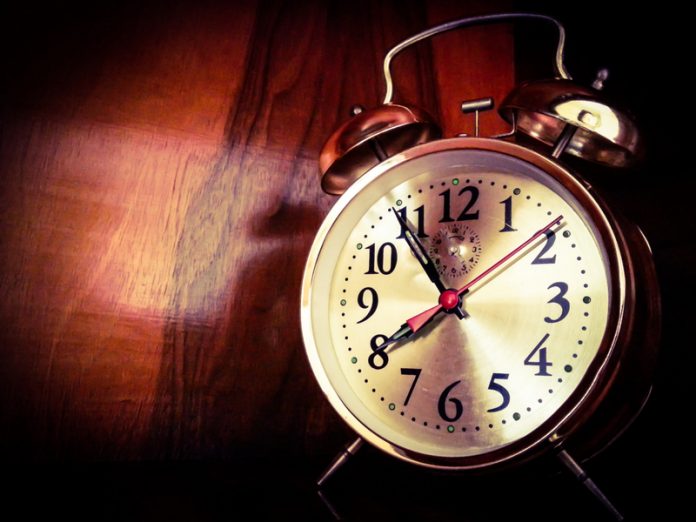 New research from Bensons for Beds reveals the UK industries that are struggling to get out of bed in the morning, along with shocking figures on how much time they lose from snoozing their alarms

Overall, 36% of UK employees snooze their alarm up to four times each morning – that’s the equivalent of 36 minutes when using a default nine minute iPhone setting.

The study, which surveyed over 4000 Brits, shows employees from the Sales industry to be the worst offenders, hitting snooze 13 times a week on average, and losing almost SIX days in a year as a result.

45% of sales staff snooze up to four times every day, and 20% need two snoozes (18 mins) before they can bare getting up.

Not far behind, Creative Arts and Design, are also amongst the snooziest sectors, hitting the button 628 times a year.

Surprisingly, both these industries find it harder to get out of bed than students, where only 30% snooze three times or more.

Teachers in Education weren’t top of the class either, snoozing eight times a week – just one less snooze than their students.

On the other hand, fitness fanatics in leisure and tourism are keen to get to work, only snoozing three times a week on average and losing 139 times a year.

Law enforcement and security showed the most self-discipline, only snoozing twice a week and losing 18 hours 4 minutes a year. Interestingly, they get up the earliest at 05.49am.

Medical studies from NCBI show that when you hit snooze and go back to sleep, you lose more than just time, as it can even impact your health, causing symptoms of sleep inertia.

Sleep inertia is the drowsy feeling that occurs when you break a cycle of REM sleep from snoozing your alarm.

The effects last from around thirty minutes to four hours and can have a huge impact on performance at work.

How to stop snoozing?

A spokesperson from Bensons for Beds said: “We’re all guilty of snoozing our alarms from time to time, and as winter kicks in it makes it much harder to get out of bed in the morning

“To avoid snoozing, place your alarm clock or phone on the other side of the room – that way you’ll have to get out of bed to stop it and are less likely to hit snooze.

Getting a good night’s sleep is vital for our well-being, so if you’re getting less than the recommended eight hours, you should probably try to go to bed a little earlier.”