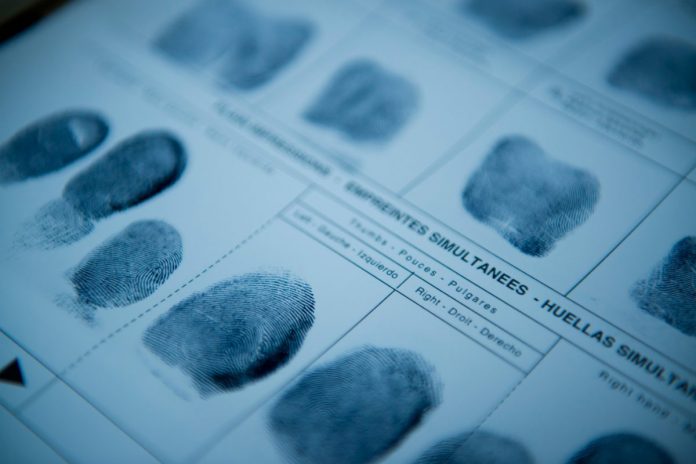 As the world’s largest international police organisation INTERPOL is ideally, and uniquely, placed to both develop and share global expertise in biometrics to assist law enforcement in combating and investigating crime and terrorism.

Among the capabilities developed by INTERPOL are targeted datasets for fingerprints and DNA, with ongoing work in developing a facial recognition system. Fingerprints are of course one of the oldest policing ‘tools’ in existence and even today remain one of the foremost and successful means of identifying an individual.

What has evolved in terms of fingerprint technology is the manner and speed at which marks can be taken and checked. Any information shared with INTERPOL by each of its 190 member countries remains under their ownership, and they also decide which other countries will have access. However, clearly the more information is shared, the greater the chance of a match even from the most unlikely of places.

One example was in Mali, where an INTERPOL team had been deployed to help identify high-value prisoners suspected of terrorism. Following training on biometric devices provided by INTERPOL, Mali’s Gendarmerie fingerprinted, photographed and iris-scanned the inmates. Checks against INTERPOL’s fingerprint database revealed a match to an individual wanted by Algeria for terrorism, but who had been arrested under a different identity.

INTERPOL is currently working in partnership with the Greek authorities, Frontex and Europol to deliver enhanced biometric border screening capabilities through the use of fingerprint identification at the migrant screening centres established on the island of Lesvos, amongst others.

As with fingerprints, INTERPOL’s DNA gateway is also evolving. It is important to point out that INTERPOL does not keep any nominal data in the DNA database linking a profile to an individual.

Checks via INTERPOL have enabled countries to establish links between cases and identify perpetrators far from where they committed their crime. A DNA check via INTERPOL linked multiple unsolved rapes in the US to a sex offender in Austria. Following his eventual identification, a 32-year-old Afghan national was arrested and extradited to the US where he is now serving a 60 year custodial sentence.

Cooperation via INTERPOL also led to the identification and arrest of an international hitman through combining the use of DNA evidence and CCTV images. In 2012, two unrelated attempted assassinations took place in 2 countries and DNA evidence from both crime scenes were matched by the INTERPOL DNA database.

Although the identity behind the DNA profile was not known in either country, CCTV images of the suspect at the first shooting were shared with the police from the country in the second. Here, the officers recognised the individual and an INTERPOL Red Notice, or international wanted persons alert, was issued for the suspect.

With assistance from the INTERPOL Fugitives unit, the suspect was soon identified and arrested in a third country from where he was extradited. A direct DNA comparison confirmed the match with the samples taken from both shootings and the suspect is currently facing judicial proceedings.

This is why we encourage our member countries to upload the complete biometric package recovered from a crime scene. By sharing all known and available biometric data, combined with INTERPOL’s global Notices system, the chances of identifying, locating and arresting the offender are significantly increased.

Facial recognition is the latest INTERPOL capability which will go live in 2016. Developed in partnership with Safran/Morpho, member countries will be able to access this centralised matching system for facial images with a dedicated team at the General Secretariat to conduct comparison work.

Whilst still in the early stages, this new system provides exciting opportunities to offer biometric matching for crimes where no DNA or fingerprints are available, such as ATM fraud or rioting.

In addition to the centralised database we will be looking at the live capture of faces for comparison against a watch list of wanted people, clearly a major asset in identifying individuals in key places such as border control points.

An essential component of developing our biometrics and forensics abilities is the provision of training complemented through our working groups to identify member country needs. It is vital that we understand and provide the resources they need and share expertise developed across our 190 member countries. As we further develop these services we will see increased data sharing by our member countries which will result in more identifications and fugitives brought to justice around the world.