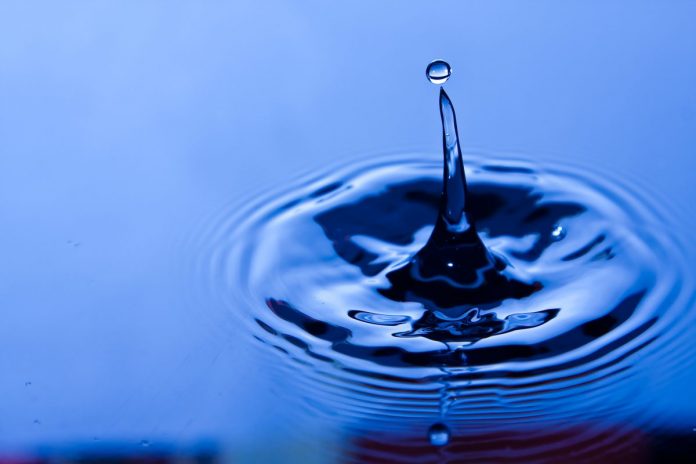 With population growth, urbanisation and economic development, the demand for freshwater in urban areas are increasing throughout Europe. At the same time, climate change and pollution are also affecting the availability of water for city residents, as discussed here by The European Environment Agency…

In July 2011 intense rains left parts of Copenhagen flooded1. The urban drainage systems could not handle the amount of water that came down in intensities up to 135 mm in 2 hours. Copenhagen’s water problems did not end there. Shortly after the floods, large parts of the city were affected for weeks by contaminants in the drinking water in connection with water main repairs. Similar types of water-related problems occur in other cities.

More than three quarters of European citizens live in urban areas and rely on clean water in cities. Approximately one fifth of the total freshwater abstracted in Europe supplies public water systems – water that is directed to households, small businesses, hotels, offices, hospitals, schools and some industries.

Ensuring a steady supply of clean water to the public is not a simple task. The water system needs to consider many factors including population and household size, changes in the physical characteristics of land surfaces, consumer behaviour, economic sector demands (such as tourist activities), the water’s chemical composition and the logistics of water storage and transport. It also has to factor in the challenges from climate change that can include unexpected flooding, heat waves and periods of water scarcity.

To prevent urban water crises, we need to manage water resources effectively at every stage: from the supply of clean water to its different uses by the consumers. This could involve reducing consumption as well as finding new ways of collecting and using water. Water management should also be better integrated within wider urban management while taking into account characteristics of the local environment.

Paying for the water we use

Advances in technology and new pricing systems alone have already been proven to significantly reduce the amount of water used by households, which is typically 60-80% of the public water supply across Europe. Technological improvements to domestic appliances such as washing machines and dishwashers, for example, have helped reduce water use without requiring a change in behaviour or an awareness of water issues.

More significant improvements are also possible with changes to the use of water for personal hygiene, which currently accounts for 60 per cent of water use in households. Cistern replacement devices in toilets, for example, provide a cheap and simple way to reduce the water used by one litre per flush2. Minor adjustments to shower systems, such as by aerating the water flow, can also result in water savings. As set out in the EU Water Framework Directive3, linking the price of water to the volume of water consumed can provide an incentive for a more sustainable use of water. In England and Wales, people living in metered properties use on average 13 per cent less water than those in unmetered homes.

Only 20% of water used by the sectors receiving a public water supply is actually consumed. The other 80% is returned to the environment, primarily as treated wastewater. Concreted and sealed surfaces in cities typically direct the rainfall to the sewer networks where it is merged with wastewater. This prevents the rainfall from infiltrating the soil and forming part of our groundwater storage that can benefit us at a later date. Rain runoff and wastewater often pass through water treatment plants before being returned to rivers, usually far away from the cities. With some changes to urban water systems, both rain water and less polluted wastewater could be returned to the city’s water users.

One of these changes is the reuse of greywater. Greywater refers to all household wastewater that is not from toilets, such as wastewater from baths, showers, washbasins and the kitchen. This water can be treated directly on site or left untreated for use with less than drinking water quality for e.g. flushing toilets.

Cities could also harvest rainwater by collecting rainwater flowing from a roof or driveway in a receiving container and this water could be used for non-potable activities such as toilet flushing, washing cars or gardening. It could also be led directly to a ground water recharge. Such systems can be installed in households or businesses and will not require changes in consumption habits from the water users. There are, however, more steps that can be taken to improve the supply of water before it reaches domestic premises.

Keeping the water in the city by allowing the water to infiltrate the soil and accumulate in water bodies provides many benefits, including offering recreational space to local residents and creating a cooling effect during heat waves.

Reducing loss
The loss of water through leakages can be considerable; in Croatia nearly 40% of the total water supply is lost in the water transportation network. Leakages can be prevented through maintenance and water network renewal, and also through the use of new technologies. Such technologies may involve sensors that recognise and locate the noise from a leak or devices that use radio signals to detect the presence of flowing water. With the application of these technologies, public water systems no longer need to face the extra burden of water loss through leakages when fulfilling water demands with limited supplies. Renewing the water networks, however, could require significant infrastructure investments.

Time for action
Achieving a more sustainable use of urban public water supplies requires not only the implementation of measures such as those outlined above, but also raising public awareness on water conservation issues. Various means are available to inform domestic, business and tourist water consumers, including websites, school education programmes, local authority leaflets and mass media. The eco-labelling of appliances and eco-certification of hotels, for example, can also play an important role in raising awareness by helping consumers make informed choices about water efficiency and conservation.

A truly sustainable use of our fresh water resources cannot be achieved without additional improvements to the sustainability of urban water use.

Original article taken with permission from the website: http://www.eea.europa.eu/articles/water-in-the-city