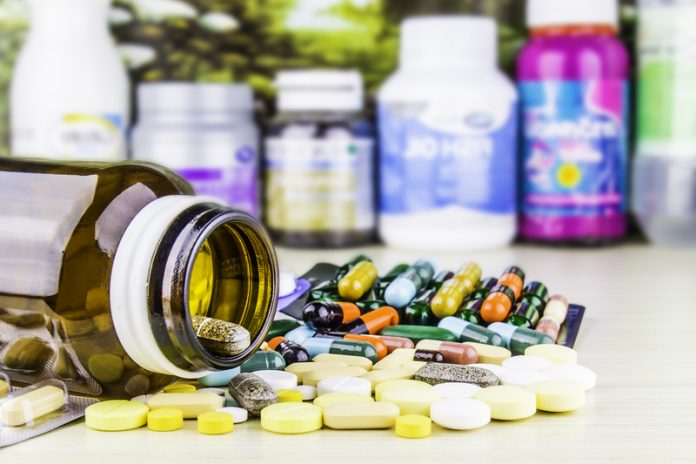 Simone Boselli, Public Affairs Director of EURORDIS shares the fascinating findings of a new position paper that offers a synthesis of their analysis, reflections and perspectives on access to rare disease therapies in Europe today

Introducing the new position paper from EURORDIS calling for urgent, radical change to ensure patients’ full and fast access to rare disease therapies in Europe, Simone Boselli, Public Affairs Director explains that there is a disconnection between the European markets for such therapies.

Each European market, of which there are 28 have their own processes for guaranteeing access to therapies for people with rare diseases, Simone underlines, adding that when it comes to accessing existing therapies there is an average wait of 18-24 months across Europe. That wait is at a much higher rate than those who wait for to be treated for more common diseases, Simone explains.

Simone then reveals that there are 30 million people with rare diseases in Europe today, but having said the number of rare diseases identified is in the 1000’s. One of the main hindrances to treating rare diseases is the fear that such a measure could break the bank, Simone adds. However, the current research around the average prices for treatment is quite modest on an annual basis for each patient, Simone tells us before introducing the key findings of the Breaking the Access Deadlock to Leave No One Behind paper in his own words.

“Developing novelty therapies for rare diseases might be more expensive, however, and this concerns cutting-edge science. However, there is a mistrust of some of the companies who are trying to maximise the profits for drugs that deal with orphan diseases. This directs us to the very important point of improving the dialogue between the different parties involved, including the patient, to understand novelty therapies and the type of data and evidence the competent authority will need for faster approval of and access to rare disease therapies. Breaking the Access Deadlock to Leave No One Behind is the result of a long process with a number of stakeholders.”

The position paper sets out a new four-pillar approach to tackling the challenges that prevent patients’ access to healthcare and medicines, as well as the ambition to have three to five times newer rare disease therapies approved per year by 2025, three to five times cheaper than they are today. Simone is keen to reveal more about this to us, explaining that the new four-pillar approach aims at restructuring the overall approach to accessibility to rare diseases therapies, in addition to back-end issues such as pricing and reimbursement.

Simone then stresses that EURORDIS want to make access to rare disease therapies more affordable and sustainable, and to do this, the issue needs to be viewed in a more comprehensive way starting from basic research and clinical trials to the point when the medicine is delivered to the patient. A new blueprint is therefore required, to ensure that research and developments are fast-tracked, so the cost of rare disease therapies can be reduced.

“There are new types of clinical trials and reference networks developing at the European level, which we hope will be able to connect the community and therefore, treat the patient faster and to reduce the cost of clinical development. At the same time, we need to speed up R&D process, even though today we have a much greater number of these available.

“The second aspect, is that we need to have more dialogue downstream between manufacturers and regulators to determine the value of the required medicine, because sometimes, the data required by the assessors is different to what the regulators see around the safety aspects of the medicine so that it can be approved for use at a much earlier stage.

“The third point is around how we determine the price of the medicine; indeed, we need to set up a transparency system to determine this. The price should reflect the level of innovation that the medicine brings and from a rare disease perspective, European added value is very important. Also, we are quite conscious that as science progresses, we will find new therapies for new rare diseases for which the budget might not be available. We also need to help everybody understand that the overall impact of the budget for rare disease therapies is very limited, for example, in terms of dispensing orphan drugs is only around 6% of the overall pharmaceutical budget spending (18% of total healthcare expenditures).

“This leads to the fourth pillar, in that many of the therapies are arriving with uncertainties or conditional approval, so we argue that continued evidence generation in the cycle of a medicine is necessary and must be linked with budgetary spending. This pillar looks at the overall lifecycle, to ensure that the patient gets access to therapies and that they can be financed.”

The reason why EURORDIS suggests this new approach is because the current system in Europe is not working, Simone explains. He says that EURORDIS see situations in several countries, where there is no agreement on or reimbursement around rare disease therapies. At the end of the day, it is the patient who will suffer if they do not have access to the right therapy, so this deadlock needs to be broken, Simone argues.

The conversation then moves on to reveal Simone’s thoughts on concerning access to medicine for those with rare diseases, many of which are of genetic origin. Around genome sequencing and areas related to gene therapies, you can see that there is an unprecedented opportunity to understand some of the causes of rare diseases, Simone stresses.

“Novel scientific developments allow us to edit and sequence the DNA, but also to better understand the causes of rare diseases. Therapies derived from such methods can, however, be expensive. This why we really need a new approach across the entire rare disease community including industry to make sure every patient can access the treatment they need. In the meantime, and particularly when a treatment is not available to the patient, we also need to provide support to those with life-threatening and limiting diseases so that we can ensure they have better daily lives.”

In closing, Simone tells us that the underlying causes of rare diseases can be grouped together with the power of 6,000 different diseases behind it. He concludes the interview by explaining this crucial point to us, in his own words.

“It is only by ensuring a collective response to this problem that we will get adequate results. This is important, and while we may struggle to get to that point, the level of a European and international response to rare diseases is the adequate level we need so that together we can produce responses that go across borders so that nobody is left behind.”