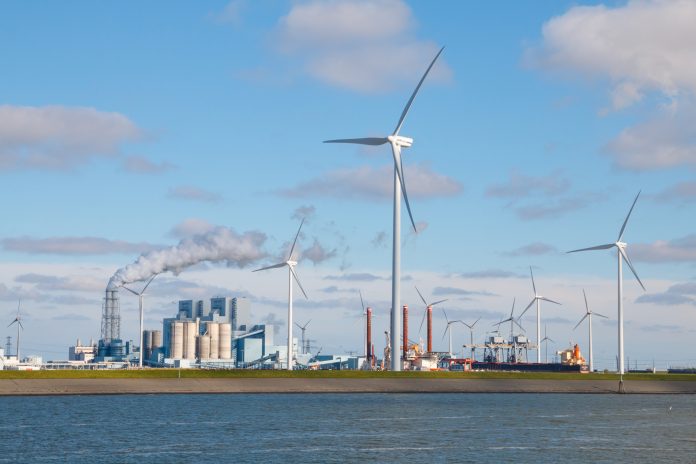 COP27 is an opportunity for climate leadership to begin the long-term transition to net-zero, but is this now possible? asks Richard Beardsworth, School of Politics and International Studies, University of Leeds

The UN Climate Change Conference COP26 (Glasgow, 2021) heralded the next eight to ten years a ‘critical decade’, one in which a 45% reduction of GHG emissions was necessary to ‘keep alive’ an average global temperature increase of 1.5°C by 2100.

How to square the long-term transition to a net-zero energy system?

The focus on ‘following the science of 1.5°C’ constituted a major pillar of the UK COP presidency. With the Russian invasion of Ukraine in February, together with the ensuing energy, food, and cost of living crises, climate leadership has been faced with an acute dilemma: how to square the long-term transition to a net-zero energy system, one that follows the science, with short-term energy security.

German Chancellor Olaf Scholz announced in May that independence from fossil fuels was the only answer to “current problems on the energy market”, ending a fifty-year foreign policy predicated on energy interdependence between Russia and (West) Germany. But European Commission Vice-President Frans Timmermans responded, “we have no choice but to look for [fossil fuel] alternatives in the short-run”.

It is important to consider how the EU – a global climate leader, but dependent on Russia for 40% of its fossil gas – is confronting the energy dilemma. It is also important to consider how, with the delegate-presidency of COP27 in November, Egypt is reacting to the energy dilemma. In sum, what climate leadership are the two offering to other climate actors in the geopolitical context of the Ukraine situation and what lessons can be drawn from these leaderships regarding the (post-Paris Agreement) COP process and its 2030, 2050 and 2100 targets? Answers to these questions provoke disagreement. The dilemma nevertheless foregrounds, post-Glasgow, the increasingly multi-dimensional nature of the climate agenda for both developing and developed countries.

REPowerEU is the European Commission’s response to dependence on Russian fossil fuels. Seeking energy independence, the Commission plans to increase renewables in the EU’s final energy mix to 40-45% by 2030, reducing GHG emissions by 62%, 4% above previous target, in line with 1.5°C. At the same time, however, the EU – working with the EU Taxonomy’s Climate Delegated Act (europa.eu) for financing sustainable activities – makes fossil gas ‘a transitional technology’ of the energy transition, looks to invest 10 billion euros in liquified ‘natural’ gas (LNG) infrastructure and has arranged a ‘settlement’ with Egypt that brings together LNG expansion in Egypt (and Israel) with green hydrogen production.

Its major members, Germany, France, Italy and the Netherlands, are also seeking national contracts with Senegal, Nigeria and Argentina for export of LNG to their countries: Short-term contracts that, in contrast with the EU settlement with Egypt, do not help these developing countries transition themselves from fossil fuels, risking leaving them with stranded assets once the European energy mix pivots to renewables.

The EU’s response to the energy dilemma is thus to shift its energy supply to the Global South as much as it is to look to replace it with renewables. This response is not compatible with the 1.5°C target, especially if the IPCC is correct to say that fossil gas should have peaked by 2020. The EU’s overall response is a climate plan and a fossil plan in one. I address lessons from this after considering Egypt.

COP27: An opportunity in climate leadership

At a moment when the country is recovering its regional status after a decade of difficulties following the Arab Spring, the COP27 presidency offers Egypt the opportunity to lead on climate in the name of the African continent.

This continent has contributed 4% of global GHG emissions while being the landmass the most vulnerable to the realities of climate change. Egyptian preparations for the November UN conference strongly underline the terms of this leadership in the context of the present energy, food and water crises.

The presidential themes address agriculture (food systems), water and finance, with post- Glasgow focus on the implementation of finance pledges (the notorious $100 billion per annum between 2021 and 2025), loss and damage funding, and ‘a new roadmap’ for adaptation finance in the context of an ‘international just energy transition’.

Egypt is responding to the dilemma, therefore, in the forthright terms of a country focused on poverty reduction and climate adaptation. These terms are impossible to square with the targets of climate science. Egypt is scaling up its domestic fossil fuel production to become a fossil gas hub at the juncture of Europe, Asia, the Middle East and Africa.

The settlement with the EU may seek to shift this hub to a green hydrogen one in the long-term (fossil gas as a ‘transitional energy’ according to the diverse languages of the EU, Egypt and most African governments), but the short and medium-term implications of this action keep the COP27 delegate-presidency in line with a 3-4°C increase in average global temperature by 2100.

What lessons are to be learnt from these two acts of ‘climate leadership’ in the wake of the invasion of Ukraine, the ensuing energy dilemma, and the upcoming COP27?

First, the Ukraine situation has foregrounded politics and political interests (yet again) over the interests of the climate. Addressing the dilemma, climate leadership has proved itself necessarily pragmatic or simply unable to forge a comprehensive 1.5°C strategy. Whichever, 1.5°C has been put out of reach.

Second, the Ukraine situation foregrounds the complexity of climate action when leaders are confronted, at one and the same time, with multiple crises. Climate leadership must take large risks in such situations, or complexity becomes hypocrisy.

Third, the Ukraine situation presents less the beginning of the end of the fossil fuel era than a foretaste of complex action interacting with multiple crises and dilemmas. Does climate leadership exist (is it emerging?) which assumes the risks required to move both North and South to a new energy system that is physically, socially and politically resilient?

These three lessons are different takes on the same situation; it will be important to gauge the proceedings and outcomes of COP27 in the light of all three.

My thanks to Frances Hemsley for research assistance on this article.