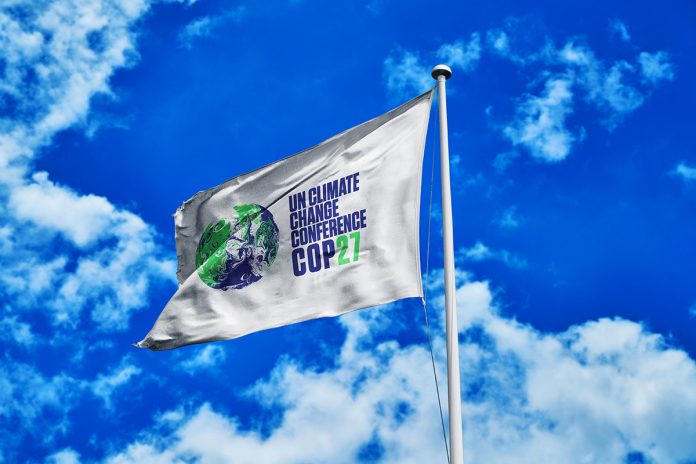 To one side of the horror of another Syria on the European continent, the invasion of Ukraine presents an opportunity for the West to shirk fossil fuel dependence. Since the invasion of Ukraine will nevertheless slow comprehensive ambition and action during this “decisive decade”, it is vital to remain focused on the leadership challenge directly posed by the global climate crisis.

To this end, this article summarises major gains and challenges of COP26, rehearses these challenges from the perspective of climate leadership, notes implications for the UK presidency in the next eight months up to COP27 in Egypt, and concludes on the dilemma that the Russian invasion of Ukraine poses for political leadership on climate. The article continues my series of reflections on leadership in this publication.

There has already been extensive coverage of the successes and failures of COP26 in Glasgow last November. I rehearse here several major successes and underscore the challenges for COP27.

First, science now stands at the heart of climate negotiations and policy. As a result, second, the focus of climate leadership is on an average global temperature increase of 1.5C by the end of the century, which means a 45% reduction of GHG emissions by 2030. Third, consequence of the recognition of climate reality is the Glasgow Climate Pact’s pledge to channel as much finance to adaptation as to mitigation; indeed, COP26 recognised their fundamental interrelationship. Fourth, “loss and damage” (appropriate compensation from the north to countries in the south already heavily affected by climate change) is on the COP agenda. The central role of climate science in public and private decision-making is now a given. The other three successes also harbour, however, the stark shortcomings of COP26. They therefore present major challenges for COP27.

Regarding the second success, COP26 emissions-reduction pledges place the world on a 2.1C to 2.4C trajectory. To “keep 1.5C alive”, it is therefore critical that pledges are aligned as quickly as possible with an average 45% reduction by 2030.

Continuing to ratchet up pledges from both the biggest emitters (80% of GHG emissions) and those countries that did not update their pledges at COP26 (calculated at 35% of global GDP) constitutes a major leadership challenge for COP27.

At the same time, the conference’s focus will be on implementation. UNFCCC climate diplomacy is leveraged through national example and international cooperation. COP27 must therefore highlight the comprehensive manner in which national policies, particularly those of the biggest emitters, are addressing the delivery of national targets (NDCs). Here the role of national institutions like the UK’s Climate Change Committee will be increasingly important in helping to sustain and transform integrated national policies and delivery.

The Glasgow Climate Pact places the concerns of adaptation before those of mitigation in acknowledgment of their interdependence. Adaptation to climate reality affects those most vulnerable and least responsible for climate change. Consequently, it poses large political questions of justice, balance of power, inequality and mistrust between the most developed and developing countries.

Presided in Africa, COP27 will inevitably focus on adaptation and loss and damage. To broker the above questions, it is therefore important between now and then: to offer resolution of the $100 billion per annum of international climate finance promised by the global north to the south in 2009; to channel, within the wake of initiatives like Race to Zero and the Global Finance Alliance for Netzero, public and private finance to developing countries seeking climate resilience, estimated by the G77 at over $500 billion per annum by 2030; and to create institutional mechanisms that allow the recipients of loans to own their adaptation pathways.

With regard to the $500 billion, it is worth recalling that over $1 trillion has been raised by developed countries for the Covid pandemic, that over $250 billion has already been raised to defend Ukraine (figures from A Chowdbury and JK Sundaram) and that there are over $5 trillion public subsidies in fossil fuels The money is there for investment in adaptation: What is needed is political climate leadership.

Regarding loss and damage, two quick points: first, to make the Santiago Network fully operational, COP27 should set up an accessible funding facility; second, as climate activists insist, this facility is less a matter of liability and compensation than one of solidarity among nations.

To address these challenges – ethically grounded and solutions-based – climate leadership carries three major imperatives. To keep 1.5C alive, it must present an example of bringing policy to appropriate scale and in time. To recreate trust, it must work in an empowering, transparent and accountable way. To enact national cohesion and global solidarity, it must align national and global interests and values. These are political choices: can leadership act?

However, Britain’s international legitimacy in climate leadership is undermined by policy weakness in housing and building, transportation infrastructure, agriculture and inefficient subsidisation policy (from fossil fuels to renewable energies) and in the lack of cross-ministerial action. Developing countries will only trust and follow climate leaders if these leaders show coordinated national example.

The invasion of Ukraine reorganises the geopolitics of energy. As Christiana Figueres, the diplomat who helped broker the Paris Agreement, argued in a recent podcast, it reveals how international and national power works: Russia’s dependence on oil and gas revenue; the world’s continuing dependence on oil and gas. The dilemma for contemporary political leadership is not to get distracted from climate when attempting to contain the present geopolitical emergency.

Figueres’ suggestion will be shared by many: To build this present moment into the larger political one of a just energy transition, negotiating short- and long-term strategy with maturity and wisdom. The months up to COP27 will show whether these political virtues are present or not.