Cardiometabolic disease (CMD) greatly increases an individual’s risk for developing cardiovascular disease (CVD) and/or Type II diabetes (2), with the former being a leading cause of death worldwide. Decades of research efforts have significantly improved our understanding of cardiometabolic disease as a multifactorial ‘whole-body’ pathology caused not only by common ‘modifiable’ risk factors (such as exercise and dietary choices), but also increased inflammation within our muscles and fat, as well as inherited genetic risk. The genetic aspect of cardiometabolic disease has proven vexing to the medical and research communities – hundreds of genes have been associated with the hallmarks of CMD, yet none occur at a frequency that would explain the explosion in obesity and CMD rates documented worldwide over the past 25 years.

Further, these genetic variants also fail to address ancestral/regional variation in CMD incidence. For example, in the United States, non-Hispanic white men are more likely to have CMD, but non-Hispanic black men are overrepresented in cardiovascular disease deaths (by a 2:1 ratio compared to non-Hispanic white men). Controlling for socioeconomic factors (including wages, access to healthcare, education level) does not ‘correct’ this ratio; is there a genetic foundation to ancestral differences in CMD acting in concert with changes in our environment?

There is a second genome to consider that exhibits significant geographic variation (3) and is commonly used by commercial DNA analysis companies to help customers “map” their ancestral origins – mitochondrial DNA (mtDNA). The mitochondrial genome, housed within the mitochondria of all mammalian cells, is inherited solely from our mothers, and does indeed reflect where in the world our maternal ancestors came from – small changes in this DNA sequence cluster together geographically, with groups of people sharing a matriline classified into haplogroups. While commonly referred to as ‘the powerhouse of the cell’,
mitochondria are more aptly described as a Swiss army knife (4) – responsible not only for energy production, but also controlling cell growth, cell death, producing biomolecules critical for cell-to-cell communication, and generating body heat, all through interleaved processes.

Mitochondria themselves have an intriguing origin story – one that begins in the primordial soup, where, as ancient bacteria, ‘mitochondria’ were incorporated into a fellow prehistoric cellular organism and thrived through a process called ‘endosymbiosis’. Both of these ancient organisms needed each other to adapt and survive, subsequently evolving together (5). It is accurate to view mitochondria themselves as the ‘canary in the coal
mine’ of metabolic health – the evolutionary links between mitochondria and the environment persist today, as do the mutations to mtDNA that occurred as prehistoric humans migrated out of Africa, encountering new environmental stressors.

The mitochondrial paradigm of disease and aging

First coined in 2005 by Doug Wallace (6), an evolutionary biologist and geneticist, the mitochondrial paradigm of disease and aging was a revolutionary proposal that unified the processes of aging and complex diseases such as CMD under a common umbrella of mitochondrial dysfunction. In the almost 20 years since, research groups around the world have advanced this paradigm, using cellular models, epidemiological data, and developing powerful preclinical disease models (7) to isolate the effects of mitochondrial genetic signature in cardiovascular and neurodegenerative diseases, cancer (8), and obesity (9). The medical and research communities are inching ever closer to an evidence-based explanation for ancestral variation in susceptibility to complex diseases, including CMD.

However, we must exercise caution in simply identifying various ancestral groups as ‘high risk’ for cardiometabolic disease based solely on mtDNA; model health and severe CMD both occur on a spectrum within all ancestral haplogroups. This is largely due to the complex nature of CMD, and the profound impact of the surrounding environment on human health. We need look no further than the Indigenous Pima of Sonora, Mexico, and their genetic relatives in Arizona, USA (10). Full integration of the Arizona Pima into “western” lifestyle elicited a 450% rise Type II diabetes compared to the Pima in Mexico. This interaction between genetic susceptibility and the environment has repeated in Southern Asia (11), and has been linked to urban growth, globalisation (12), and more recently, to socioeconomic status. All countries, regardless of their development, economic, or infrastructure status are facing increasing rates of obesity and CMD. The lack of interventions, prevention, and control measures in developing nations put these populations at significantly higher risk for Type II diabetes and cardiovascular complications. This is further confounded by potential underlying mitochondrial genetic risk. Thus, as global citizens, we are responsible for ensuring that urban growth in low- and middle-income countries is accompanied by investment in healthcare and education. Further, the scientific community must continue to advance the field of mitochondrial medicine as precision medicine, to address ancestral variation in diseases such as CMD, both comprehensively and equitably. 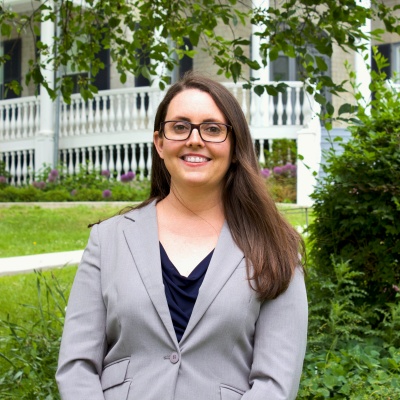