The unification of gravitational, Strong and Weak Forces has been a long-sought goal [1-3]. In general, force unification refers to the idea that it is possible to view all of the forces of nature as manifestations of one single, all-encompassing force.

Scientists have made great progress toward the goal of understanding how the forces can be combined. Newton realized in the 17th century that the same gravitational force that describes an apple falling from a tree also describes the moon’s orbit around Earth [4]. Then, in the 19th century, J. Maxwell demonstrated that electric and magnetic forces are aspects of a single electromagnetic force [5]. Finally, in the 20th century, S. Weinberg, A. Salam and S. Glashow showed that, at high energies, the electromagnetic and weak forces merge into a single electroweak force [6].

Today, within the context of the Standard Model (SM) of elementary particles, [7] scientists seek to unify Gravity with the Strong force under a Grand Unified Theory which binds quarks together and is responsible for the stability of atomic nuclei. These efforts have not been successful yet, most likely because the SM neglects neutrinos [8,9], gravity [4], special relativity [10] and quantum mechanics [11].

The pioneering measurements of Kajita and McDonald [8] summarized in [9], have shown that neutrinos have mass and exist in three mass eigenstates, namely m1, m2 and m3.

Based on these important measurements a new model, the Rotating Lepton Model (RLM), has been developed. It was first presented in a Springer book in 2012 [12], and in numerous other works more recently [13-23] and describes the structure of hadrons and bosons [13-22] and of the deuteron nucleus [23] via gravitating lepton triads rotating in a simple cyclic manner using only Newtonian Mechanics, Special Relativity and the de Broglie equation of quantum mechanics. Figure 1 shows the simplest of these structures, corresponding to the neutron. The structures for other hadrons as well as bosons are shown in Figure 2. For baryons the rotating leptons are m3 rest mass neutrinos, i.e. the heaviest of the three neutrino types, while for mesons they are m2 mass neutrinos [18]. Finally, bosons contain relativistic electron (or positron)-neutrino pairs [14,18]. In this way the RLM computes the speeds, Vi, thus also the Lorentz factors γi =(1–V2I /c2 ) –1/2 for all the rotating leptons in the composite particle structure under consideration and then it computes its total energy, ET, and total mass, mT, via the energy balance equations:

where mi,o are the rest masses of the rotating leptons. The thus computed composite particle masses mT differ, amazingly, typically less than 2% from the experimental hadron masses [18], as shown in Figure 3.

On the Catalysis of Hadronization

In forming the neutrino or electron/positron-neutrino structures of Figure 2, electrons and positrons, which are quite often good catalysts in Chemistry [19] due to their electrostatic interactions, have also played a significant catalytic role, but for a different reason, in hadronization. The reason for their catalytic action in hadronization has been their large, relatively to neutrinos, mass which led and leads to strong gravitational e ± – v interactions during hadronization and to a concomitant pronounced relativistic increase in the neutrino gravitational mass, which equals γ3mo according to the theory of Special relativity [10]. This causes a dramatic 1012 enhancement in the gravitational attraction between neutrinos and, thus, in the rate of hadronization [19].

The computation of the γi values of eq. (1) is achieved by accounting both for special relativity and also for the de Broglie equation

where mP1=(ħc/G)1/2=1.221.1028eV/c2 is the Planck mass and mo=m3 =43.7meV/c2 is the heaviest neutrino eigenmass [9]. As depicted in Figure 4 the thus computed very large γ values raise the relativistic neutrino mass (γmo) values from the range of 10–1 eV/c2 (which is typical for neutrino rest masses) to the range of 1GeV/c2(=109eV/c2) which is typical of protons and neutrons [7], thus causing the formation of these hadrons, i.e. thus causing hadronization [12]. Consequently, hadronization occurs via the combination of equations (3) and (4), i.e. via the combination of quantum mechanics and special relativity to form stable rotating neutrino triads (Figure 4).

which is equation (5). This unification can also be observed in Figure 5 which examines the dependence of the gravitational force, FG,νν, between two m3 type neutrinos on their energy E.

Using (6) and E=γmoc2 to express γ and accounting for

which is plotted in Figure 5 vs the particle energy E.

One observes that FG,νν reaches the value ħc/r2 at the energy, mnc2 (313 MeV) of a quark in the neutron. The same figure shows the dependence of the gravitational force, FG,νe, between a relativistic rotating e–ν3 pair which is known to describe and model the W bosons [14,18]. One observes that FG,νe reaches the value ħc/r2 at the energy, mwc2 (=81.74 w GeV) of the W bosons. In summary, as shown in Figure 5, Strong and Weak forces get united with Newtonian (γ=1) gravity at the energies, respectively, of formation of the neutron (0.939 GeV) and of the W boson (81.74 GeV) [18]. At higher energies these composite particles decompose.

The Rotating Lepton Model (RLM) explains in a simple and semiquantitative manner the internal structure of hadrons and bosons and allows for the computation of their masses with excellent agreement with experiment. It also allows for the unification of Strong, Weak and Gravitational forces. Its success can be attributed to the fact that it fully utilizes gravity, special relativity and quantum mechanics. 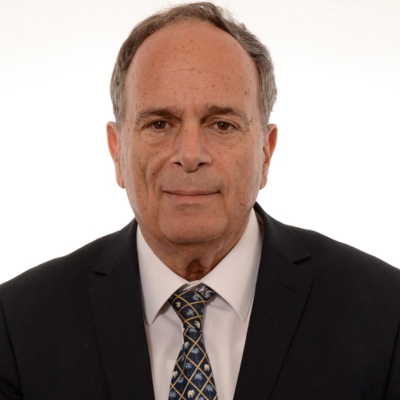