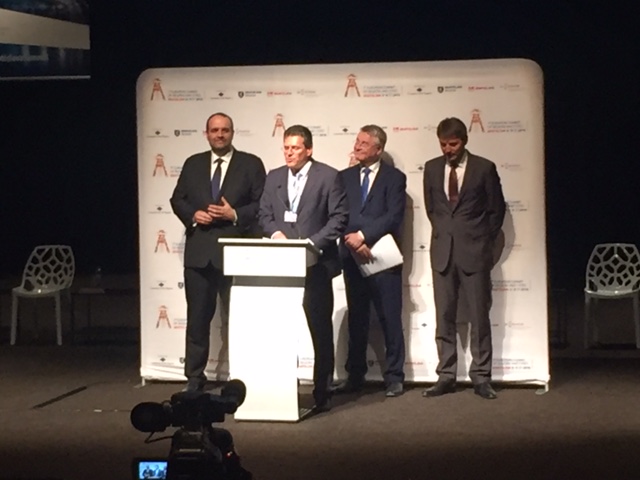 As politicians from across the EU meet this weekend for the biannual European Summit of the Regions, the Slovak Presidency presents the Bratislava Declaration…

The largest event of the historic first Slovak Presidency of the European Union is taking place in the country’s capital this weekend. To coincide with the Committee of the Regions (CoR) summit, member states have signed the Bratislava Declaration.

At a press conference this morning, European Commissioner and vice-president with responsibility for Energy Union Maroš Šefčovič spoke to the efforts of European structures and institutions to continue looking for ways to transform policies into concrete actions and demonstrate the benefits of working together rather than in isolation.

The European Union has not sufficiently recovered investment levels since the 2008 global financial crisis, resulting in lost investment of as much as 300 billion euros. It is very important, the Commissioner said, to discuss ways to recover said investment and bring it back to the cities and regions in order for them to develop smart, digital futures.

Pavol Frešo, President of the Bratislava Self-Governing Region, added that the Slovak Presidency of the Council of the EU should be seen as an opportunity to overturn the myth that European policy is made in Brussels, for Brussels, and to highlight that it is made by, for and close to the people. Said we have to ‘fight off the fear’ and make European cooperation what it should be; a rational and friendly way of achieving common aims.

Meanwhile Ivo Nesrovnal, Mayor of Bratislava, described how the Bratislava Declaration sets out practical steps and obligations for stakeholders on how to achieve easy access to EU funding and tackle the challenges they face – from immigration to climate change to housing. He pointed out that in Slovakia, as anywhere, the capital cannot succeed without the success of the country and the country cannot succeed without the success of the capital.

Ivan Korčok, ministre délégué for the Slovak Presidency of the Council of the EU, outlined how, faced with the question of how to respond to fresh uncertainty – over the future of the whole integration project itself – the Slovak Presidency does not wish to be one of grand declarations and big words, but of palpable results and improvements.

Many mayors complain about red tape and bureaucracy, and this is one of the barriers to funding going where it needs to go. The Bratislava Declaration and subsequent action plan are intended to drive sustainable development of European cities and regions and provide concrete examples of ways to create jobs, particularly for young people.

The strategy is in line with Slovakia’s objectives for its presidency of the Council, but also, as Committee of the Regions President Markku Markkula stressed, part of a wider effort to speed up progress and communicate to European citizens the strengths and benefits of the Union in the wake of Brexit.