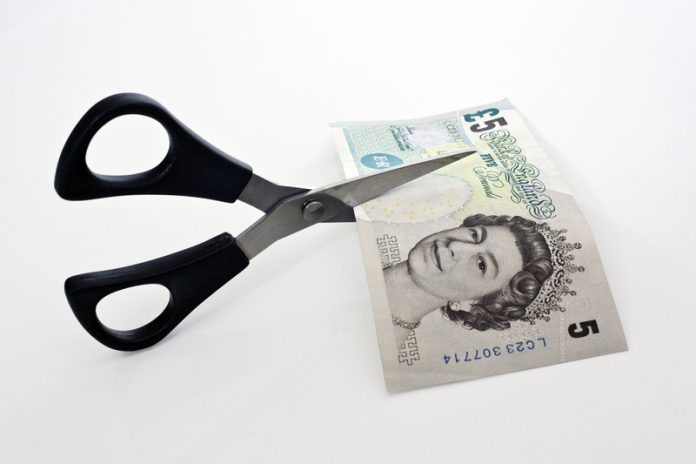 Leaving the EU would lead to massive tax hikes and significant cuts to services, according to the Chancellor George Osborne.

Osborne warned an exit would see £15bn tax rises, an increase in fuel and alcohol duties, as well as cuts to health, education and defence budgets to the tune of £15bn.

At an event today, Osborne—alongside his predecessor Alistair Darling—said the blow to the economy will be so severe he will have no option but to backtrack on the Conservative manifesto and deliver an emergency budget to deal with the fallout—a statement which has been challenged by 57 Conservative MPs planning to block budget plans in the event of a Brexit.

Osborne said leaving was “a lose-lose situation for British families and we shouldn’t risk it.”

Darling raised concerns that an exit will result in one emergency budget after another. Both politicians delivered an “illustrative budget scorecard”, which includes measures that may have to be implemented. This includes £15bn in tax increases. This will see a 2p rise in the basic rate of income tax to 22 per cent, a 3p rise in the higher rate to 43 per cent plus a five per cent rise in the inheritance tax rate to 45p.

Furthermore, alcohol and petrol duties could increase by as much as five per cent.

Significant spending cuts would also be expected, including a two per cent decrease in health (£2.5bn), defence (£1.2bn), and education (£1.15bn). Policing, transport, and local government budgets would see a larger reduction of five per cent.

Darling warned the outcome of the referendum would have lasting impacts spanning the next “30, 40, 50 years”, determining “Britain’s place in the world for a generation and more”.

Vote Leave said the chancellor was breaking seven key Conservative pledges, which were laid out in the election manifesto. The campaign outlined what a post-Brexit Britain could look like. This included legislation to cut VAT on fuel, a boost to NHS funding, and the development of a points-based system for immigration.

Conservatives supporting a Brexit also warned that going back on manifesto promises would not only damage the credibility of the chancellor but could also see him and the Prime Minister forced out of government.

Liam Fox, a former defence secretary and out campaigner, said: “A punishment budget would be rejected by both sides of the House of Commons. It would damage the chancellor’s credibility and would be putting his own position in jeopardy.

“I think the British public would react adversely to such a threat based on the chancellor being afraid they will vote the wrong way in his opinion. The in campaign are panicking – but no one will believe these hysterical prophecies of doom anymore.”

Vote Leave said in the event of a Brexit, there would need to be a new UK-EU treaty drawn up, as well as new legislative measures to span between 2016 and 2020. There would be a repeal of the 1972 European Communities Act, which gives EU law supremacy over the UK. It is expected a new settlement with the EU could be negotiated by May 2020.

Chris Grayling, the leader of the House of Commons, said: “After we vote leave, the public need to see that there is immediate action to take back control from the EU.

“We will need a carefully managed negotiation process and some major legislative changes before 2020, including taking real steps to limit immigration, to abolish VAT on fuel and tampons, and to end the situation where an international court can tell us who we can and cannot deport.”