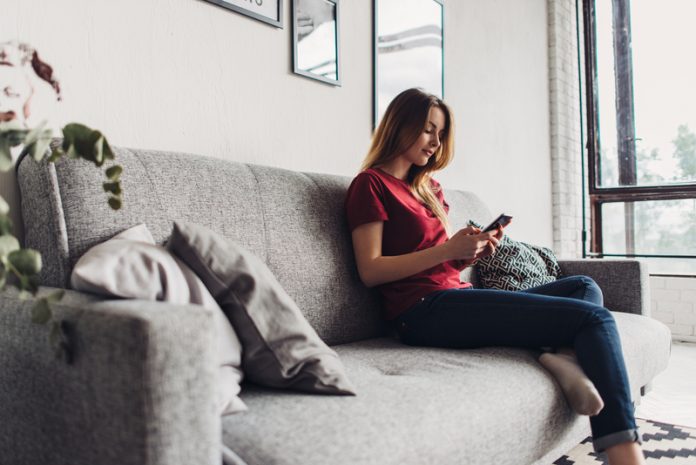 A nationwide report has revealed the extent to which we have become an indoor nation, spending a total of 142 hours indoors a week, including in the office, at the shops, watching TV at home or in the car or public transport

According to the poll, we spend as little as 26 hours a week outside, which over an adult lifetime equates to 53 years spent inside and just one decade outdoors, enjoying fresh air and nature.

In fact, nearly half of Brits (47%) said they never have the time or opportunity to venture outside and 15% complained they don’t have anywhere picturesque nearby that they can visit.

In fact, the average adult has not even visited a local park or green space in the last few months, the findings showed, while 10% of adults said they could only manage to identify one type of tree by sight and nearly half (47%) couldn’t remember the last time they set foot on a farm.

The research of almost 2,000 adults by Jordans, in conjunction with its Farm Partnership, found the unpredictable British weather stops many from heading out the house with the typical adult spending twice as long outside in the summer as they do in the winter.

And nearly one in ten (8%) said they can’t remember the last time they went for a walk and saw wildlife or greenery, 52%saying they would like to have time to walk along a coastal path, 33% saying they never get the chance to swim in the sea.

The research showed that 85% of those polled said they would love to spend more time in the open air, but 7% said they would have no idea where to go. And more than one in ten (13%) said they can’t afford the costs of travelling to the countryside to take in the beautiful scenery many parts of the UK have to offer. Mobility problems, not having a companion to go with and children preferring to stay indoors were other reasons Brits gave for staying put indoors, the poll found.

Alex Murphy, Marketing Manager at Jordans Cereals, said: “From the British weather to money woes, this new research reveals that there are a number of reasons as to why us Brits don’t go outside as much as we’d like to, resulting in a disconnection with nature. We’re passionate about helping the UK form a closer bond with nature. Whether it’s a five-minute stroll, trip to your local park, or somewhere further afield, we hope Brits are encouraged to get out there into the great outdoors as much as possible. We’re also ‘doing our bit’ by working with our farms to ensure they’re sustainable, supportive of wildlife and have the least impact possible on our great outdoors.”